This column serves as the voice of Crossroads and is written by Grace Ramsey, a member of the Crossroads e-board. Crossroads is the Pepperdine student-run organization advocating for LGBTQ+.

I was 13 when everyone I knew suddenly became obsessed with crushes and first kisses and who was “hottest.” I didn’t get what all the fuss was about.

Three years later, nothing changed. I had no interest in anyone that way. My pastor gave my youth group “the talk” about resisting temptation and so on. I honestly had no idea what that kind of temptation was like because I had never felt it.

This disparity between my peers and me had me gradually becoming more and more distressed. I was depressed, anxious, angry at myself and God that I did not have sexual feelings. The hypersexualized world around me told me I was flawed.

Every romance movie I have ever seen contains physical displays of passion. The Bible says man and woman shall become one flesh. And sexual jokes, images, references and more litter every medium one can find. Everyone I talked to said I would meet the right guy some day, and then I would understand.

Eventually, I turned to the internet to find out what was wrong with me. That was when I discovered a website for an organization called the Asexual Visibility and Education Network (AVEN). The first thing I read when the site loaded was “an asexual person is a person who does not experience sexual attraction.”

Learning about asexuality changed my life. It assured me there were other people like me. I did not have something horribly wrong with me. I was still worthy of love.

A lot of people assume when I tell them I’m asexual that it means that I don’t or can’t want a romantic relationship. Society seems to have become so in love with sex that people think love is sex. I think most assume one can have sex without love; everyone knows about one night stands and such. Even though this fact is well accepted, whenever I bring up that love can be the same way, people act like I’m trying to square the circle.

A lot of people view sex as the culmination or prize of romantic love, especially in the Christian sphere. Conclusion: love without sex is cheap, the same way that sex without love is cheap.

I don’t feel like it’s right for me to be considered a radical when I say romantic love can be deep and valuable without sex. Yet time and time again my community and I are bashed, erased and so much more for not wanting physical intimacy.

When someone said to me, “So you’re basically just a plant, right? Like, I don’t know, sex is part of being human,” I don’t think they understood just how much it hurt. I am not mentally ill, I am not hormonally deficient, and I am not “basically a plant.” I am a person who wants to love and be loved in return. It’s pretty simple.

So think about asexuality. Understand that there are people out there who don’t feel sexually attracted to anyone, and then imagine what it must be like to live a day in their shoes. More resources on asexuality can be found on The Trevor Project’s website. The Trevor Project is an organization dedicated to preventing suicide in LGBTQ+ youth. This cause is so important when one is a part of a community in which it is so easy to feel alone.

So read, listen and, if the situation ever arises, be a voice of support for an identity struggling to be heard. It would mean the world to me and others who identify as asexual. 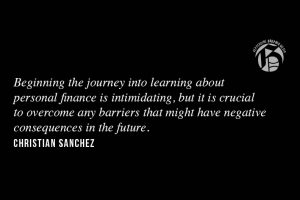