Uncovering the Biology Behind the Woolsey Fire 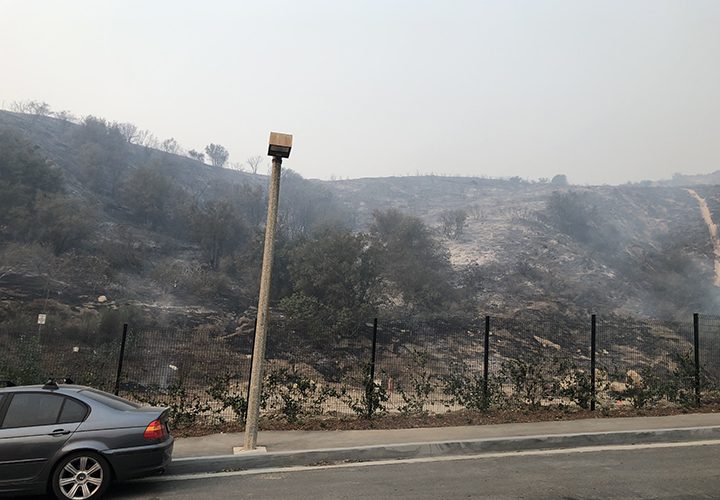 In the afternoon of Nov. 8, the Woolsey fire began its rampage on the Santa Monica Mountains. A combination of high winds, low humidity and drought conditions led to the burning of over 800 structures and almost 100,000 acres, which included 83 percent of Santa Monica Mountain federal parkland, according to CAL FIRE and the LA Times.

However, this is far from a rare occurrence on the Pepperdine campus. While the average time between fires in the Santa Monica Mountains is 32 years, some areas like the Malibu campus have a fire frequency of around 10 years, according to an article published by the Southern California Botanists on the National Park Service website.

The reason for this dramatic difference is human activity, explained Pepperdine Biology Professor Stephen Davis, who has been studying these fires since his arrival in 1974.

With humans igniting 95 percent of fires, the native chaparral vegetation is not able to keep up with constant burning, Davis said.

“With higher fire frequency, there is not enough time for some chaparral species to build a seed bank before the next fire,” Davis said. “These are non-sprouting species. They cannot sprout from roots and must rely on seed to germinate post-fire.”

The frequency of the fires does not allow for the appropriate amount of chaparral to repopulate the hillsides. In its place, weeds fill the landscape. In a year like 2018, which has the lowest recorded rainfall for Southern California, these weeds become a flashy fuel that is more easily ignited and allows fires to move faster across the region, Davis said.

Climate change is also complicit in the fires, Davis said. In recent years, the fires have become larger and more deadly due to human activity, causing increased temperatures and more severe droughts.

“Nature and our native plants are adapted to wildfire and rejuvenated by fire,” Davis said. “But that assumes a natural fire cycle, without human caused fires, human introduction of weeds and no overlay of climate change.”

The Woolsey Fire has also begun to take its toll on local fauna as well. Thousands of animals likely died in the fire, said Lee Kats, Pepperdine Biology professor and vice provost for Research and Strategic Initiatives.

The greatest effects, however, will be the disturbance of native species habitats immediately and for years to come. For example, the wood rats, also known as pack rats, live in huts made of dead sticks above ground. With their shelter destroyed, those rats who survived frequently tend to move toward standing buildings or homes, which would make wood rat sightings on campus more frequent, Kats said.

Not even aquatic life is spared.

“My students have demonstrated in previous fires that local streams are radically altered by wildfire,” Kats said.

Due to the fire burning off the canopy, animals sensitive to UV-B are at greater risk of damaging exposure. With a lack of strong root systems to hold the hillsides together, deep stream pools, which are the best habitat for native amphibians, will become filled in by mudslides.

“Some of these pools will not be scoured out by flooding rains for many years. The streams will be different, and the habitat will be tremendously altered,” Kats said.

However for some species, it may already be too late.

“Already biologists are greatly concerned about how the endangered red-legged frog will do post-fire,” Kats said. “With the help of government agencies, they had recently been expanding to new habitats around Malibu and it appears that all of those habitats have burned.”

Though Pepperdine’s Malibu campus may not have another fire of this magnitude for another decade, the local ecosystems need as much time as possible to recover from this event. 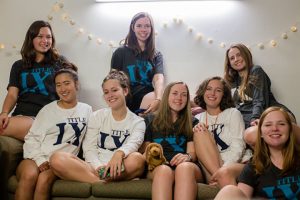