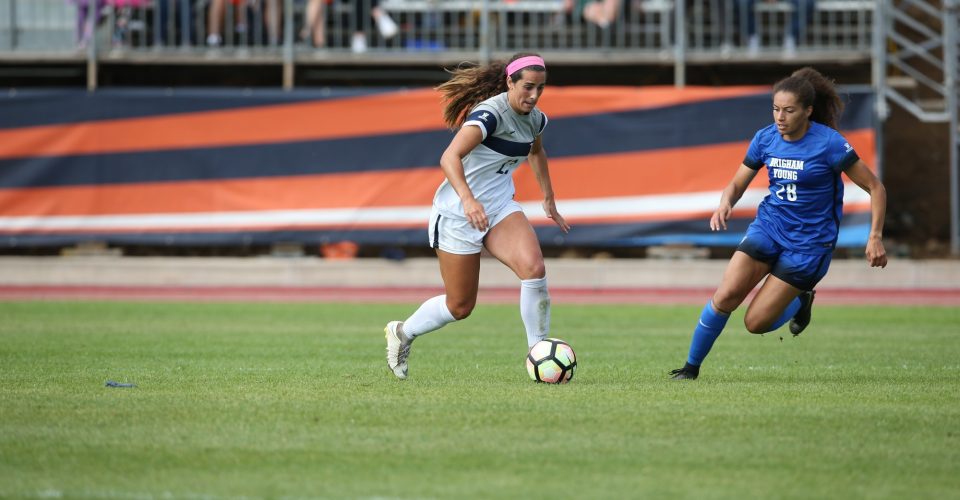 The teams announced their selections Jan. 10 at the draft in Chicago, Illinois, but only Harbison was present, with her mother and childhood coach, at the venue.

“I was honestly shocked because I didn’t expect to get drafted in the first round,” wrote Harbison, the draft’s No. 9 selection, via email.

Maemone, on the other hand, was in Malibu watching the draft on her phone in between her classes.

“I was watching it to hear my teammate’s name,” Maemone, the captain of the Women’s Soccer team, said.

However, she did not need to wait long before her coach video called and notified that she, too, had been selected as No. 23 out of 36 players selected.

Harbison and Maemone are the fifth and sixth Waves soccer players in history to be selected to play professionally.

Maemone, however, said she was not planning to enter into the draft until her coach and teammates encouraged her to do so.

“I was thinking, ‘How is anybody going to even know me?’” Maemone, who only entered the draft two days prior to the event, said. “I was not expecting it. I am completely humbled and thankful for the opportunity. I want to make the most of it.”

Both players said they were passionate about soccer ever since they started kicking the ball at a young age and knew they wanted to become professional players one day.

“Being a pro soccer player has been my dream since I started playing,” said Harbison, who earned All-West Region and All-WCC honors all four seasons.

Influenced by her two older siblings, Maemone said she dreamed of playing professionally ever since she first stepped on the pitch.

Their teammates were equally as excited as the pair. Both players said they were overwhelmed by the messages they received from their friends and coaches.

“The team was super excited for me,” Maemone said.

Their teammates seem to be the most crucial aspect for their success, as both players said that playing four years as Waves left them with many unforgettable experiences.

“Traveling to Costa Rica with my team and everything we got to do and experience there together was one of my favorite memories [that] I’ll never forget,” Harbison wrote.

“Wins and losses will stick with you, but it’s the friendships that last,” Maemone said.

Although they were able to accomplish their childhood dreams, they both said that they faced several setbacks throughout their student-athlete careers.

Harbison said she tore her ACL at the end of her sophomore year, which resulted in her sitting out her junior season. Similarly, Maemone said she, too, tore her ACL twice during high school. Although injuries kept them off the field for several months, the two made their comebacks, thanks to robust support from their coaches and teammates.

“It was hard, but I had a lot of people help me get back to playing,” Harbison wrote. “I just had to remember what I was doing it for.”

Maemone, who leads the athlete chapels, said she saw a silver lining in her injuries since they renewed her appreciation for the sport.

“Being taken away from soccer changed my mentality, and those were two pivotal years of my life,” she said.

Moreover, Maemone said her last season as a Wave reminded her of how much she loves soccer and her team. She said soccer allowed her to give back to her teammates and coaches who supported her for so long.

“I am so grateful for what soccer brought into [my] life,” Maemone said.

Maemone said leaving Pepperdine, the ocean-view and her life-long friends may not be the easiest move, but having lived in California all her life, she is excited to explore a different culture in Utah.

“I get to be close to my family, play pro soccer and experience something new,” Maemone said. “[It’s] the best of everything.”

Just like she did at Pepperdine, she said she is willing to make a positive impact with whatever role she is given.

“I want to look further than just starting and be the best team player,” Maemone said.

Both soon-to-be pro players said their ultimate goals are to make the U.S. National Team.

“My goals are to keep getting better and learn more every day,” Harbison wrote. 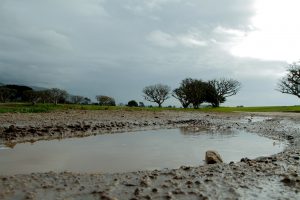 Photos by Karl Winter The possibility of rock and mudslides during winter rainstorms, escalated by the Woolsey...
Copyright 2013 Jupiter Premium Magazine Theme
Back to top