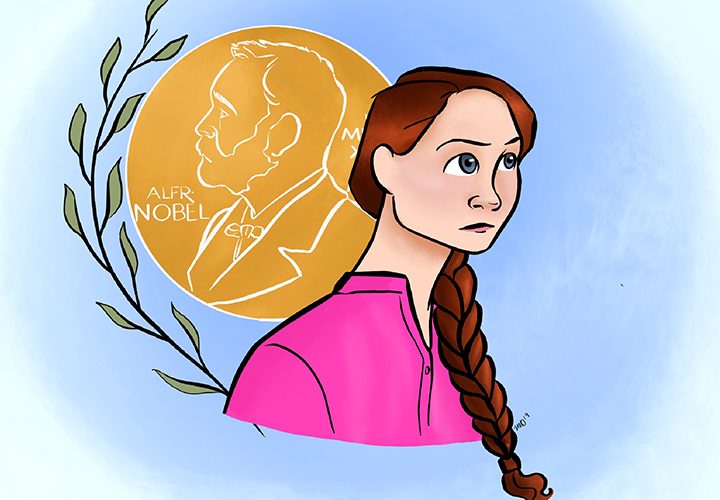 Greta Thunberg, a 16-year-old Swedish activist, is quickly taking the world by a climate change-induced storm. It is not a surprise that she received a nomination for the Nobel Peace Prize in 2019. With her spirit of change and her drive for climate awareness, Thunberg should have received this award despite her youth and environmentally based platform.

Thunberg is a more controversial activist than most because she is so young and captures the world’s attention so quickly. She is straight-forward in her message of urgency to act on climate change and has received the backing of many left-wing politicians such as Alexandria Ocasio-Cortez, Hillary Clinton and Barack Obama.

Pepperdine students are familiar with using their voices and taking activism into the hands of the young people. Whether it is utilizing the Freedom Wall or creating petitions to advocate for others, the student body is using their voice to create change.

In her speech to the UN at the Climate Action Summit, Thunberg expressed her pain through refusing to believe that the world has come to understand the urgency of climate change because if it did, and continued not to act, it would be evil.

There is a disagreement surrounding whether or not environmentalism is considered a peace activity to warrant a Nobel Peace Prize. Recipients in the past, such as Kenyan activist Wangari Maathai, have won under the pretenses of environmentalism. Maathai won for planting millions of trees across Africa and sustainable developments toward peace. She was not disregarded because of her environmentalist focus.

Alister Doyle, a freelance journalist writing for Climate Home News, wrote of committee members and their beliefs that Thunberg is not qualified for the Nobel Peace Prize. Many believe that Thunberg is too young to receive this award.

The age of youth activism is dawning, and many do not know how to react. The threat of climate change causes students to reevaluate whether or not there is time to be silent.

Thunberg gives a voice to students across the world and encourages them to strike for the climate on Fridays. The Pepperdine Green Team, a sustainability club on campus, organized a student strike during the world climate strike motivated by Thunberg on Oct. 20. Pepperdine students and faculty voiced their concerns about the planet and for their community. Thunberg’s call to action brings students together on an issue that has no regard for partisanship and affects everyone.

Aylin Woodward, a science and environment reporter, noted that a prominent argument to explain why she did not receive the award is that there is not a scientific consensus on a correlation between climate change and armed conflict.

Many believe that the choice to award Abiy Ahmed the prize in 2019 is more in line with the vision of Alfred Nobel and the type of peacemaking he wanted to reward. This does not mean that climate change is not linked to peace, and this does not mean that there is not an urgency behind taking action.

Greta Thunberg is a fearless leader on the front of climate change and is inspiring those around her every day. Students can start a dialogue with the administration and become more informed on what this campus is doing to promote sustainable living. Students can also get involved with the Pepperdine Green Team (@pepperdinegt on Instagram) to be more aware of sustainable events on campus and learn different tools for grassroots environmentalism.

Where We Stand: One Year Later — PGM Special Edition 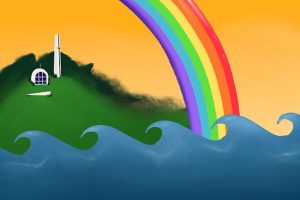 Art by Madeline DuvallGrowing up religious or being surrounded by a Christian community can be very hard for many people...
Copyright 2013 Jupiter Premium Magazine Theme
Back to top