Three-Person-Weave: Mark Your Calendars for These Games 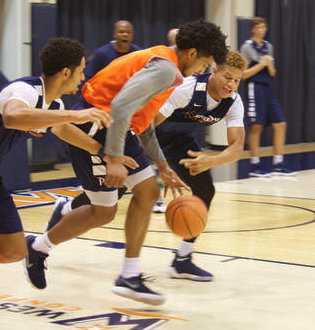 This week’s edition covers the games we think you should watch.

Yes, the first game is one of the must-see games of the season.

Oklahoma State is projected to float around the top 50 this season, making Pepperdine’s first game against the Cowboys a tough first test. The Cowboys finished fifth in the nation in scoring last season (85.7) and made the NCAA Tournament, losing to No. 7 seed Michigan, 92-91 in the first round.

However, this Cowboys team isn’t the same as last season; they lost Jawun Evans to the NBA Draft as well as fellow starters Phil Forte III and Leyton Hammonds.

Outside of the competitive challenge, all eyes will be on the Waves with a few questions: How good is this team when completely healthy? Can they compete against the powerhouses in the WCC? Which new players will step up this season? How will Kameron Edwards and Amadi Udenyi bounce back from season-ending injuries?

The first game of the season against Oklahoma State is the perfect first look at this Pepperdine team in seeing how it can match up against one of the powerhouse programs in the NCAA.

Time for some mid-on-mid action.

Led by Head Coach Rick Byrd, Belmont has become one of the premier mid-major programs in the country. Since taking over the program in the 1999-2000 season, Byrd has won 64 percent of games he’s coached, appeared in the NCAA Tournament seven times and is poised to lead the Bruins to their eighth-straight 20-plus win season.

Stealing a game from a potential Ohio Valley Conference champion — and perhaps a NCAA Tournament team — would be invaluable for the new-look Pepperdine Waves.

But it won’t be easy.

The Waves backcourt will need to perform well on defense in order to come out of Nashville with a victory. Belmont’s offense runs through All-OVC first team selection Austin Luke, who not only is one of the OVC’s top returners in percent of possessions (19.1 percent), but also ranked No. 8 in the nation in assist rate (40.1 percent), per KenPom.com. As a guard who doesn’t turn over the ball often, yet has it in his hands for a good portion of the game, Luke spells a hard-night’s work for senior guard Amadi Udenyi, who will most likely be shadowing him for the game.

The game will be decided by guard play and defense. It’ll be encouraging if the Waves can contain a team that shot 50.2 percent from the field — including 37.1 percent from three last season, according to sports-reference.com. Pepperdine had a forgettable season on defense last year, and a win against one of KenPom.com’s top-100 offenses would give the Waves’ defense something to hang their hats on for conference play.

The battle of cross-town rivals has been a tradition for years by way of the Pacific Coast Highway (PCH) Cup, making this game an obvious choice to watch this season. Jan. 25 will be the 167th meeting between the Waves and the Lions as Pepperdine seeks to seal their 100th career win over LMU.

Last season, the Lions and Waves ended in a draw, each winning the PCH Cup in their respective gyms. In their first meet-up last year in Firestone Fieldhouse, Pepperdine came away with a narrow 71-70 victory, but 19 miles down the coast at LMU the Waves weren’t so lucky, suffering an 82-61 loss.

This year will be a test of team chemistry in new territory.

Steven Haney and Petr Herman, the only two returning seniors for LMU, will lead a team of six new freshmen and three incoming transfers. The Lions boast one of the youngest rosters in the country after losing a starting line-up composed almost entirely of seniors. These new faces will join two returning sophomores, the Swedish duo Mattias Markusson and Erik Johansson, along with one returning junior, Jeffery McClendon.

The Waves, too, have a fairly fresh line-up this year with both senior guard Amadi Udenyi and sophomore Kameron Edwards back in action after redshirting last year due to injuries. Four new freshmen and three transfers accompany these two.

Building on the solidity and consistency of the four returning sophomores, Elijah Lee, Caleb Martin, Knox Hellums and Nolan Taylor, can perhaps combat the negative consequences that may arise due to the newness of this Pepperdine team, but only time will tell.

Both the Lions and the Waves are challenged with fresh faces and a new season, but until their match up in January, it will ultimately be a race to see who can develop the most successful chemistry and translate that into a cohesive team game on the court.

Jan. 13 vs. Saint Mary’s: The WCC-favorite Gaels are the Waves’ best Saturday-night competition in conference play. This game could be the only opportunity to see a ranked team in person.

Feb. 15 vs. BYU: Firestone Fieldhouse has been a place of woe for the Cougars. BYU has dropped three games in a row in Malibu. 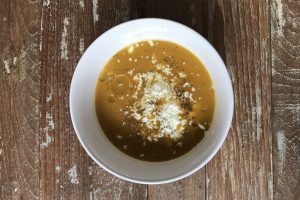 Photos by Mikaela Bisson Once the Halloween dust settles, but before the cheer of Christmas is in the air, comes every...
Copyright 2013 Jupiter Premium Magazine Theme
Back to top