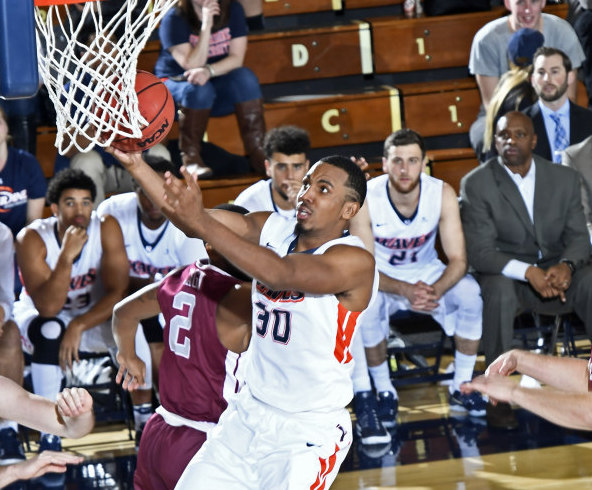 Last year’s team was all about defense and for the first half of the Santa Clara game, the Waves looked like their past selves.

After 20 minutes of action, Pepperdine managed to hold Santa Clara to a scant 25 points while shooting a dismal 9-26 from the field. Although the Waves were down by merely a point at half, their defense really put them in a position to win. Santa Clara missed several bunnies the paint, and their shooters hadn’t really hit their stride, despite scoring their first 12 points off of 3-pointers. The Broncos were harassed into taking poor shots late in the shot clock, and the Waves managed to win the turnover battle: The Waves only turned the ball over four times in the first half, whereas the turnover-adverse Broncos turned it over six times. On an individual level, senior guard Jeremy Major limited Jared Brownridge to nine points on 3-8 shooting, both well short of his season averages.

But the second half? Well, that’s a different story.

Clash of the Titans — Jackson Hogan

Watching two massive forces collide is one of sports’ greatest joys, whether it be Peyton vs. Brady, LeBron vs. Kevin Durant, or Mike Trout vs. his non-existent personality.

Both Waves and Broncos fans were treated to one of those matchups, as by the second half, it seemed like both teams’ strategies were to get the ball to Lamond Murray Jr. and Jared Brownridge. It was almost like a game of HORSE: Brownridge would make some improbable three pointer, and then Murray Jr. would say, “hold my drink,” and do the exact same thing two seconds later. Murray Jr. ended up with the slightly better game, scoring 32 points with a fantastic 70.6 percentage shooting from the floor (50 percent from beyond the arc), while Brownridge scored 30 with a 50 percent shooting percentage and 54 from three-point range.

However, as you likely know, Pepperdine wound up losing by 14 points. A huge factor in that is those superstars’ supporting casts. Murray Jr. wound up scoring half of Pepperdine’s total, and the only other Wave to reach double digits in scoring was Chris Reyes, who was boosted by his seven free throws. Meanwhile, Santa Clara had four men scoring at least ten points, and they beat the Waves in overall rebounding (36 to 28), and shooting percentage (48.2 to 41.2).

Murray Jr. is playing lights out, but if the Waves are going to return to last year’s competitive level, he’s going to need a little more help than this.

Looking at the last three games against San Diego, Pacific and Santa Clara, the Pepperdine bench has been relatively quiet, averaging 9.6 points per game, 2.0 assists per game and 4.3 rebounds per game. The truth about the bench unit is they averaged 5.3 fouls per game during the span. At least it shows the bench doesn’t back down on playing physical.

In terms of the other statistical categories, the Pepperdine bench will definitely need some help on both the offensive and defensive ends and losing two of their best players certainly has not helped. However, it has provided young players to prove their worth and step up to the occasion. As the Waves quickly approach the halfway mark of WCC play, they have a lot of work to do off the bench if they look to turn things around.

Earlier this season, Pepperdine went on a nine-game losing streak before winning against LMU on Jan. 5. This was, by all means, not great.

Speaking of things that are not great: Since the win in the PCH Cup, Pepperdine has lost three winnable games against San Diego, Pacific and now Santa Clara. All three teams are the bottom feeders of the West Coast Conference.

Unfortunately, the Waves could challenge their nine-game losing streak from earlier this season. Pepperdine’s next four games are at BYU in the Marriott Center (one of the hardest venues in the conference), at Saint Mary’s in McKeon Pavilion (with an environment that Ringer columnist Mark Titus once described as “the most bonkers s—…a high school game on ecstasy”), at home against Portland and at home against Gonzaga (the lone undefeated team in the country). The Waves might not win again in January.

So could the Waves win in February? The Waves open the month at San Francisco on Feb. 2, but the Waves haven’t won on the road this season, and their only win away from Firestone was on a neutral site in the Lone Star Showcase versus Little Rock.

Open Your Mind to the Other Side 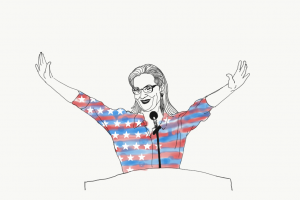 Open Your Mind to the Other Side

Art/Graphic by Sybil ZhangActress Meryl Streep’s acceptance speech at the Golden Globes for the Cecil B. DeMille Award...
Copyright 2013 Jupiter Premium Magazine Theme
Back to top