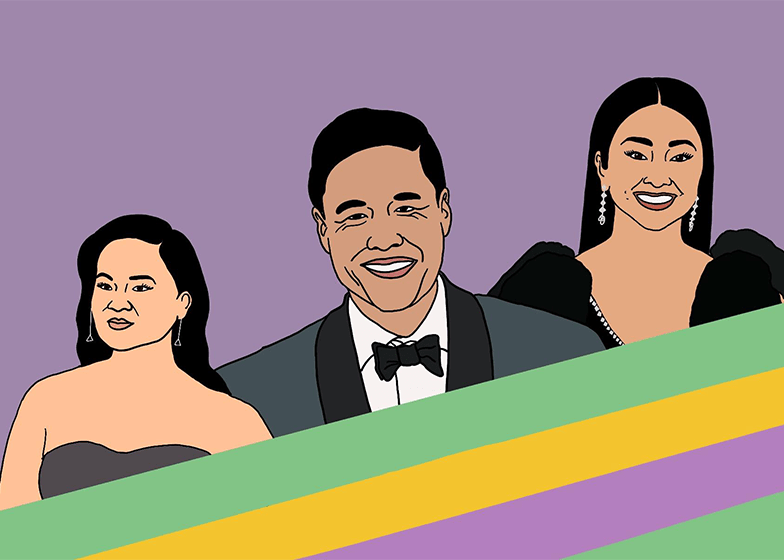 Senior Theatre Music contract major Brandon Gille didn’t participate in theater until he was in high school. One night during one of his first shows, Gille, a Filipino American, said an Asian American woman approached him and told him how seeing him on stage made her young daughter more confident about auditioning for roles.

Gille said he loves the art of theater and is passionate about acting, but wants people to know there are issues with the treatment of Asian Americans within the entertainment industry and society at large, especially given the recent violence against Asian Americans. The ability of on-stage representation to inspire fellow Asian Americans, however, reminds him how powerful theater can be for marginalized groups, despite the struggles they face.

“I remember feeling deeply impacted by that because theater doesn’t just empower, it stabilizes,” Gille said. “It’s a foreground where people can grow. Whether you’re performing or you’re watching from the audience, it enriches, it inspires, it pushes confidence to degrees and levels where people never thought they could ever reach.”

As a Filipino American, Gille said he witnessed how the struggles of Asian Americans often go unnoticed or ignored throughout his life, both inside and outside the entertainment industry.

“We’re used to living as the person in the corner,” Gille said.

Gille is from Troutdale, Ore., and was one of only two POC in his class through elementary and middle school. While he had many white friends, he said he often felt different than his white classmates.

“Going to high school amongst my group of friends and peers, it’s like everyone automatically thought that I was quiet or shy,” Gille said. “I don’t really know if it’s a race thing or a color thing, but I think it’s because my white friends and the white community don’t really know who I am, especially because I look different from them.”

Despite the preconceptions some of his classmates or society may have about him as an Asian American, Gille said starting his journey with theater opened his eyes to the reality that he could be whoever he wanted to be.

“Theater pushed me to come out of my comfort zone, to be more comfortable about me being who I am, being confident about who I am as a person,” Gille said.

While Gille said he never “really struggled” with outright racism from his community growing up, there have been some mixed experiences with how people treat him or perceive him because he is a Filipino American and has different cultural values from most white Americans.

“I’ve been through moments where it’s incredibly hard to decipher what people would think about you wherever you go,” Gille said.

Gille said, in his experience, actors of color often lose out on roles simply because they’re not white.

“I’ve been through those situations where, sometimes, you can be the most talented person in the room, you could be equipped with all the skills with performing, but you’re going to lose that role to a white man, because the character is white,” Gille said. “That’s just how, you know, theater tries to organize their casting.”

When Asian Americans do have big moments of representation, like with the film “Crazy Rich Asians,” those films or productions have an all-Asian cast, while their representation within stories that are not about Asian people alone are still lacking, Gille said.

“If you’re an Asian and you’re in a big, primarily white movie, you know, you’re going to be casted in a way where you’re not going to really be on camera, or you’re just going to be at the back,” Gille said. “So it’s like we’re used to just being seen as a far view.”

While efforts have recently been made to increase diversity within the entertainment industry, with initiatives like the new representation standards for the Academy Awards, Gille said those efforts often seem to forget about increasing quality performance opportunities for Asian Americans.

“That’s what I’ve been accustomed to seeing and experiencing throughout my life as a performer,” Gille said.

In the fall of 2019, Gille participated in Pepperdine’s production of “Ragtime,” a musical which required actors of specific races to play certain parts to match the play’s setting in early 20th century New York City. While he understands why a historically based show like “Ragtime“ uses this kind of casting process, Gille said there should be less of an emphasis on the race of actors in other kinds of productions.

“What I believe is that if you put in more color in shows that are not particularly focused on race or focused on a historically highlighted time, it’s effective because you’re now switching the perspective,” Gille said.

Gille said when people of color are highlighted in lead roles, like the casting of “Dear Evan Hansen’s“ first Black lead actor, Jordan Fisher, it can be empowering for actors of all races.

“If you really balance people of color together for these types of shows, I believe that it will be more effective in giving the rights to all performers to feel comfortable about auditioning in everything,” Gille said.

Theater has the power to showcase diverse life experiences and bring people of all cultures together, Gille said.

“We get to see how we live through someone else’s eyes, and so that’s where theater makes a huge impact on me and on society,” Gille said.

While he said the entertainment industry still has a long way to go with quality Asian American representation and its treatment of people of color overall, Gille believes theater really does have the power to bring people together, no matter what race they may be.

“What’s better than making a connection with someone and learning through someone’s experience?” Gille said. “Theater builds friendships, it builds relationships, it builds a bond.”