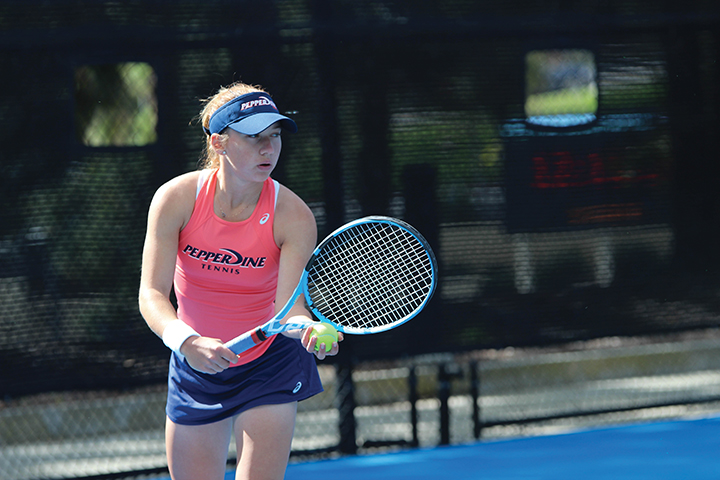 The No. 7 Pepperdine Women’s Tennis team fell 4-3 to University of California, Berkeley on Saturday at Ralphs-Straus Tennis Center.

Due to poor weather conditions, the match against Arizona State one day prior was postponed. This was the Waves’ first match after returning to Malibu from ITA National Team Indoor Championships.

Despite displaying solid performances in both singles and doubles, the Waves tasted their first home defeat of the season.

In the doubles match, the Golden Bears upset the No. 1 ranked doubles pair in the country, junior Ashley Lahey and sophomore Evgeniya Levashova 6-3 on court one.

On the second court, No. 12 ranked duo Jessica Failla and Anastasia Iamachkine beat the No. 22 ranked Bears, Anna Bright and Jasie Dunk 6-3.

However, this was the Wave’s only doubles win as Dzina Milovanovic and Daria Kuczer’s senior and freshman pair was unable to secure a victory against the Bears on court three. Cal clinched the doubles point on this match.

With the Northern-California opponent having a one-point advantage — a valuable point from doubles matches that eventually went towards the overall team winning score — going into the singles, the Waves struggled to stop the Golden Bears’ momentum.

Out of six singles matches, Waves performed at a high caliber and secured three wins coming from Adrijana Lekaj, Iamachkine and No. 52 ranked redshirt junior Failla.

Pepperdine took a 2-1 lead for the victories earned in the first two singles matches on courts four and six by Lekaj and Iamachkine, respectively.

Junior Lekaj added a win to the Waves by striking a strong victory against Katerina Stloukalova with a pair of 6-3 wins on court four.

Having won the doubles several hours prior, freshman Iamachkine followed Lekaj’s success as she executed and delivered a powerful win over Hana Mraz (6-3, 6-2), reaching the double-digit singles win mark with 11 for this season.

The Bears, however, responded on courts five, two and one. There was an upset on court one as Cal’s Julia Rosenqvist defeated last year’s NCAA singles runner-up, Lahey, as she clinched the overall match.

Despite knowing that Pepperdine had lost overall, Failla earned a well-deserved win on court three. It was a tightly contested match for Failla who fought No. 92 Anna Bright. Failla fought hard until the final set where she won with a 7-4 tiebreak (3-6, 6-3, 7-6).

The Waves’ loss against the Bears was only their fourth home loss in the last four seasons.

“I knew they were a good team,” said Levasha, the No. 13 ranked player. “They played really well. It was a tough day but we can definitely improve.”

In spite of their bitter defeat, Levashova said that their goal for this season remains the same as the Waves look poised to win the national title later in May.

“We want to win the NCAA championships,” she said.

The Waves are now 13-9 in singles and 7-3 in doubles play. On Feb. 22 and Feb. 24, the Waves will take on the Michigan Wolverines and the Northwestern Wildcats. 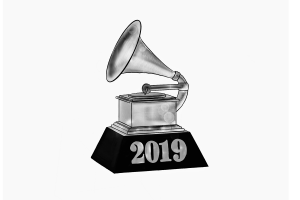 Art by Caitlin RoarkAfter facing scrutiny at last year's Grammy Awards for the lack of winning female artists, the 2019 awards...
Copyright 2018 Pepperdine Graphic
Back to top