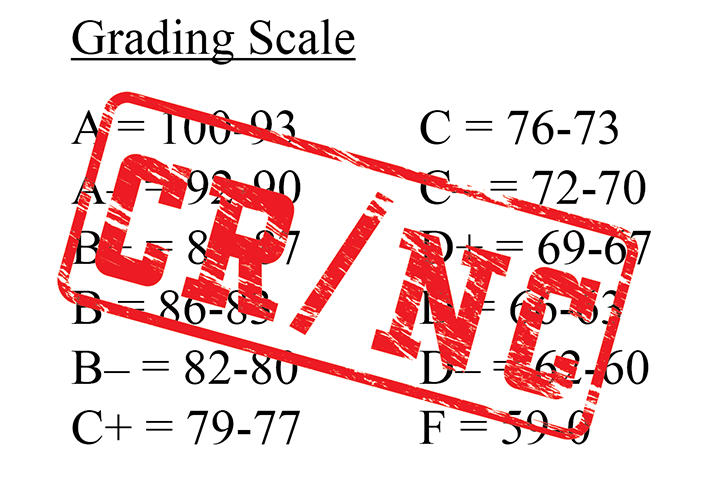 The Seaver Dean’s office announced that students could select up to eight units to receive Credit/No Credit (CR/NC) for the spring 2020 semester, but administrators had been considering an update to policy even before instruction went remote.

The Seaver Academic Council (SAC) — a committee made up of faculty, deans and representatives from each division — convened for nearly five days in mid-March to consider a policy change that would extend grace to students amid a challenging time of online learning. Students were notified of the policy change March 25.

“There are a handful of people, for example, who thought we should just make CR/NC for all classes,” Begin said. “There’s an equal number of people who didn’t want to do anything at all.”

Included in the discussion were faculty concerns within the Natural Science Division about how the policy change would affect students’ plans for medical school after graduation and whether the decision should apply to only GEs or to major classes as well.

Begin said the decision-making process took longer at Seaver College than other universities, like MIT, that have administrative plans in place to automatically convert grading to CR/NC in cases of university shutdowns. A policy change of this kind at Seaver, however, must be worked through among faculty.

The SAC looked at a number of other schools, mostly Ivy Leagues like Harvard, that changed their entire grading system to CR/NC for the semester. Begin said this kind of broad-sweeping policy, however, would not be the most feasible for students graduating from Seaver who plan to attend graduate school, where letter grades are often a deciding factor for acceptance.

Faculty in the SAC also reached out to students to understand their concerns for policy changes, and many received emails advocating for a CR/NC option, citing a student-created petition with over 500 signatures.

SGA President Meredith McCune served as a representative for students during part of the deliberation process, with the council providing her the space to express student sentiments concerning the policy change via an email thread with faculty members.

“A lot of professors jumped on and started responding immediately,” McCune said. “Most of them were very, very supportive of it, explaining that a lot of students and professors are undergoing great transitions and a lot of changes, and they thought that it would be really beneficial and provide an equal playing field for students.”

Once the council determined that a CR/NC option would be part of the new academic policy, members then began a long discussion about how many units should be redeemable for the grade change. Begin said the debate included opinions from all sides of the spectrum — from those who felt no units should receive CR/NC, to those who felt all classes should.

Ultimately, however, the decision required consensus, so council members came to a compromise of eight units. Begin said the hope was that at least some classes would still be academically-consistent enough for students to carry on normally.

“We tried to pick a number that we thought could help students with those classes where they just felt like they can’t do what they otherwise would have done, and they just need a pass/fail,” Begin said.

Along with students advocating for a CR/NC option in all classes, Begin said many students also voiced opinions against a policy change of this kind at all, raising concerns about losing their academic work for the semester.

“I was surprised at how many students wrote [to] me personally requesting that we not make any changes,” Begin said. “Their feeling was ‘I worked hard in these classes, and I don’t want the university to impose a CR/NC score on me when I think I deserve an A.’”

Dean of Seaver College Michael Feltner said student concerns like this are why the university decided to make the policy optional. Begin said the SAC made a decision that the council believes will benefit all students, including freshmen in GEs, seniors in all major classes, those facing challenges with online learning and those pursuing master’s degrees after graduation.

McCune said she and some faculty members expressed concern for freshmen and sophomores who might opt for credit in a class before applying to grad school and then have to retake the course to meet requirements. In the email notifying students of the decision, the Dean’s Office recommends that students consult their major advisers before changing the grading status of a course.

Once the SAC decided on the policy change, the University Academic Council (UAC) reviewed and eventually approved of it before students were notified of the decision.

The university is also showing grace to faculty during this time by offering pre-tenure faculty the option to extend tenure clocks by a year, Provost Rick Marrs wrote in an email to faculty. Additionally, Seaver course evaluations from this semester will be reviewed but will not count toward tenure or promotion, according to an email from Feltner.

“It’s never enough for some, but we’re trying our best to be gracious and kind and treat people the way we would like to be treated ourselves if the situation were reversed,” Feltner said.

There Is No Correct Hobby During Quarantine, So Find Yours 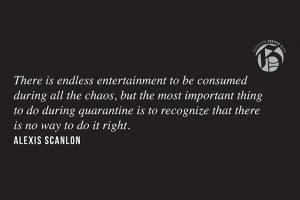 There Is No Correct Hobby During Quarantine, So Find Yours

Right now, students around the world feel the painstaking combination of restlessness and anxiety. The expectation of being...
Copyright 2013 Jupiter Premium Magazine Theme
Back to top