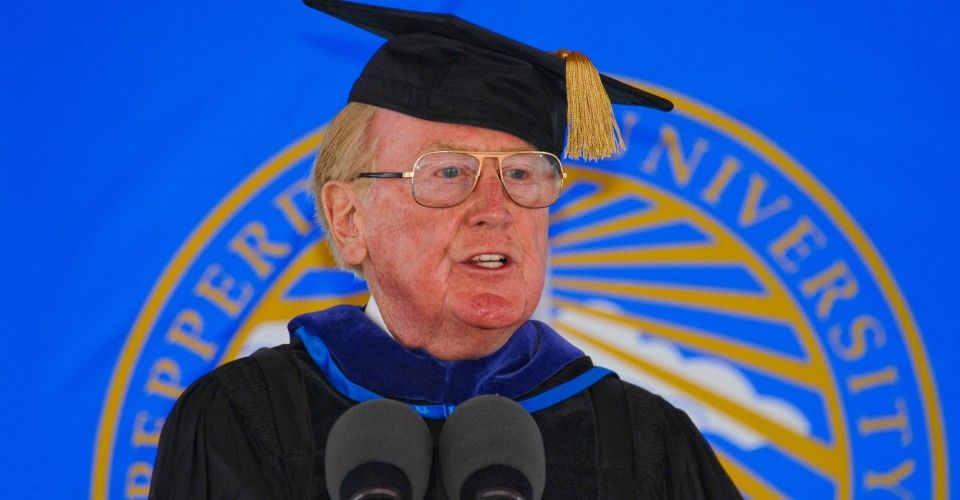 Hollywood has historically been known as the home of the best entertainers and storytellers in the world. While many of these personalities needed to write a script, sing songs or put their name on the big screen, three of the greatest sports announcers of all-time only needed a microphone to share their stories with the world: Chick Hearn of the Lakers, Bob Miller of the Kings and Vin Scully of the Dodgers.

Vincent Edward Scully, better known as “Vin,” has delighted fans with charming anecdotes since 1950 as the official voice of the Brooklyn and Los Angeles Dodgers.

During his 67 consecutive years, he has been in the booth for a number of significant Major League Baseball moments. From the team’s first game in Los Angeles in 1958 to three perfect games to 19 no-hitters and Hank Aaron’s 715th career home run that broke Babe Ruth’s Major League record in 1974, the broadcasting highlights seem to have no end.

Through all the memorable moments, he has always possessed the power to paint pictures with his words. Whether it be through the television or radio, every sentence from Scully’s voice has been like a soft stroke of the brush leading up to the completion of a masterpiece. Throughout the artistry, people watched, learned and listened in amazement, captivated by every word.

Scully has always demonstrated the lore, passion and history of America’s pastime — both inside and outside of the broadcast booth — and has been honored for his outstanding contribution to the game of baseball. Outside of Dodger Stadium, Vin Scully left a big impression not only on the game of baseball, but also on the Pepperdine community.

Vin’s relationship with the Pepperdine community dates back to 1981, when his son Kevin attended the university and graduated in 1985.

“Vin and [his wife] Sandi Scully have been wonderful friends of the University for many years,” Pepperdine Associate Vice Chancellor Sam Lagana said. “Their son, Kevin enrolled at Pepperdine as a freshman and that began a closer relationship with the University.”

Over 20 years later, Scully received an honorary Doctorate of Laws degree in April 2008: the highest honor Pepperdine University can bestow. Upon receiving the honor, Scully inspired the Seaver College graduates and their family and friends with the message of how everything in life may be “very difficult, but possible” despite all the curveballs life may throw at us.

“We can’t tell you to survive the storms of life, we can tell you to dance in the rain, and you can do it,” Scully said in his commencement address. “You really can do it. Very difficult, but possible.”

In Scully’s commencement speech, he shared a story about attending high school with a friend named Larry Miggins. He knew he wanted to become a sports broadcaster, and Miggins wanted to play baseball in the Major Leagues. They shared how it would’ve been great if Vin got to announce a game that Larry was playing. A few years later, after Scully became a broadcaster, his friend played on the team the Dodgers were facing, and he got to announce for his friend who hit a home run that game. He said it was one of the most emotional moments of his life.

When asked about Scully’s 2008 address, President Andrew Benton had high praise for the 1982 Baseball Hall of Famer:

“He was one of our best commencement speakers of all time,” Benton said. “He was gracious, interesting and he knew exactly what graduating seniors needed to hear.”

“During the ceremony, while Mr. Scully was receiving his Honorary Doctorate from Pepperdine, the entire graduating class removed their mortar boards and put on royal blue Dodger hats,” Lagana said. “That moment was certainly a special moment for not only me, but also for the university.”

Seven years later, in 2015, Scully and his wife Sandi were honored by The Boone Center for the Family at Pepperdine University for their commitment to family and marriage. The honor again brought great recognition to Pepperdine through the affiliation. President Andrew Benton had an opportunity to introduce the legendary broadcaster and his wife:

“Sandi and Vin, in every prism of your very public lives you cast a bright and unceasing light of goodness and hope, validating your love for God, for each other and for the institution of family,” Benton said.

Around the Pepperdine community, Scully has been a familiar character for many, mainly baseball fans, but to others, they consider him to be the greatest entertainer of all-time.

“Vin Scully will be remembered as the best baseball play-by-play broadcaster of all-time,” senior Sam Ravech said. “He did much more than just baseball, as he changed the way baseball was watched. When you listen to a game done by Scully, it’s like you are in the broadcast booth with him just talking about everything not just baseball. He told stories and that’s what made him so special.”

For baseball fans, no matter what team they support, Scully is seen as the greatest ever. From telling a story, whether fictional or historical, they all apply to the situation at hand. From Damocles (or the many yarns he spins) to beards, most are inherently related to baseball, but he fleshes out details of a player’s story, emotion or what is relevant to the situation. There are plenty of legendary broadcasters, but few broadcasters can weave in seemingly off-topic stories as comfortably and as capably as Scully.

“He is the greatest commentator out there today and it will be very hard to surpass him,” junior Duncan Hilby said. “He did so much for the Dodgers organization and the city of Los Angeles, just like what Chick Hearn did for the Lakers. The void he leaves behind will never be able to be filled.”

Outside of the ball park, Scully often strayed away from the spotlight, but as he nears the end of his illustrious career, the spotlight shines back on him and his legendary 67 years of service to the Dodgers organization, Major League Baseball and the community.

Come Oct. 2, it will be the final bow for Scully as he passes the mic to the next great Dodger broadcaster. Of course, the style and eloquence of Vin’s voice will be missed, but his power to bring the world together will be missed even more.

“Despite being the best at his craft, he is humble, self-effacing and out works every one around him,” Benton said about Scully. “The game of baseball will not only miss him, but the world will miss everything he has done for the community.” 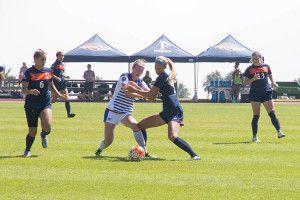