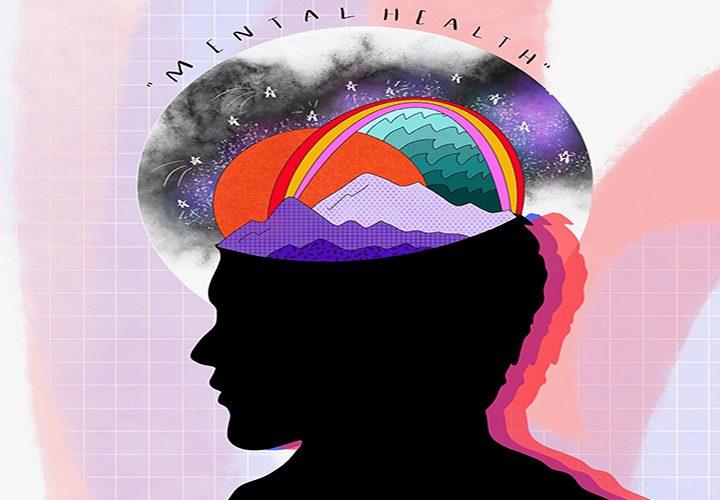 The rainbow flag of the LGBTQ+ community celebrates themes of diversity, inclusivity and unity, encouraging kindness and acceptance. Yet for many queer individuals, their coming out experiences are anything but liberating.

With statistics showing LGBTQ+ youths being at an even greater risk for mental health struggles and queer youth suicide rates five times greater than their heterosexual counterparts, understanding how to support this community has never been more important.

“[It’s hard to] have to be the explainer,” junior Grace Ramsey said. “To just kind of always have someone give you this really, really blank look when you tell them about this super, super significant facet of who you are.”

Bridging the Gap Between Societal Standards and Self-Acceptance

As a member of the asexual community, Ramsey said explaining their sexual orientation to others can be a challenge. Ramsey said if their orientation is brought up in conversation, they feel obligated to explain it; otherwise, others won’t fully understand.

“With explanation comes justification, because most of the time, people are like, ‘Well, are you sure — have you really just not met the right person yet?'” Ramsey said.

Asexuality was only recently removed from the Diagnostic and Statistical Manual of Mental Disorders (DSM) and is now recognized as a sexual orientation rather than a dysfunction. Ramsey said because there’s such a conflation between love and sex in society, people forget that sexual and romantic attraction are vastly different.

“No one understands what it’s like to not feel sexually attracted to other humans, except for other asexual people,” Ramsey said. “They can’t wrap their minds around the fact that an asexual person could want to have a romantic relationship.”

As Ramsey initially came to terms with their identity, they found the Asexual Visibility and Education Network (AVEN), an organization that helped them to feel less alone. For many in situations similar to Ramsey’s, talking to a specialist can be beneficial.

“Taking the time to get counseling and reflect on how that has shaped me has been imperative in my understanding,” senior Chase Manson said. “Knowing when to just not give up to ask for help — that’s really important.”

Manson said his journey with mental health has been an ongoing process. Manson said there are difficulties in the gay community, specifically regarding confidence.

“I think in the gay community, there is a tendency to demonize ourselves sexually because we’re not, like, ‘good enough,’ and that can lead to body image issues that can lead to depression,” Manson said. “[There can be] misinformation about what a healthy lifestyle looks like.”

Ever since he was outed as opposed to coming out on his own terms, Manson said finding his “tribe,” or friends who are also part of the LGBTQ+ community, has allowed him to find confidence in his identity.

“I was able to relate to someone and have a friend who I could talk to about this stuff,” Manson said. “That, to me, has really shaped not only my mental health journey but also my personal journey.”

Many people perceive coming out as a one-time occurrence. Pepperdine counselor Esther Lee said the exploration of one’s identity is not a singular decision — it’s a continuous process.

“Feeling different can be really difficult,” Lee said. “I’ve heard from many students that it was difficult for them to have no environment that validated or normalized their experiences.”

“When individuals are committed to their identity exploration, and when they’re open to understanding who they are, it can become a strong resource — it can become their strength and resource,” Lee said.

Some closeted individuals within the LGBTQ+ community, however, may not feel safe to receive the help they need.

“[Having] a part of yourself that affects the way you see the world — that must be hidden from other people — really causes high levels of depression and anxiety,” Psychology Professor Steven Rouse said.

As the faculty adviser of Crossroads, Pepperdine’s LGBTQ+ club, Rouse said organizations like the Trevor Project and the National Alliance on Mental Illness (NAMI) are helpful resources for those who are struggling. Even so, some individuals might not feel comfortable seeing a specialist.

Diving deep into the background of the DSM, Rouse said the DSM-1 was created in 1952 and included homosexuality as a sociopathic personality disorder. During this time, Rouse said, research revealed that personality tests of gay and straight men could not be differentiated.

The Diagnostic and Statistical Manual of Mental Disorders (DSM) is a comprehensive manual of all identified mental health disorders. It defines and classifies disorders and is used in the field by practicing mental health professionals. The most recent DSM is the DSM-5, which was published in May 2013.

In the DSM-3, which came out in 1980, the change was made so homosexuality was only a disorder if a person was attracted to members of the same sex but didn’t want to be. A few years later, the DSM-3-R came out in 1987, and at that time, it was removed as a disorder.

Ramsey said even within the LGBTQ+ community, there have been disagreements over recognition for each group. They said they have received comments over whether the ‘A’ for asexuals within the LGBTQIAP+ acronym should be removed.

“[People have said] it’s not a sexuality — it’s a lack of sexuality, so we shouldn’t be included in the community as well,” Ramsey said. “So it can be hard because sometimes there’s not even a safe place for us in the LGBTQ+ community.”

Lee said while the LGBTQ+ population is at a higher risk for emotional distress and mental disorders, many of these stressors come from external sources. Hate crimes, stereotypes, biased language and other microaggressions are just a few causes of declining mental health within the queer community.

“If friends and loved ones are struggling to accept who they are, then, you know, those individuals might experience loss and grief because it’s such a loss of the relationship and trust,” Lee said.

Speaking to Spirituality and Sexual Orientation

With mental health already a challenge, navigating religious rules, sexual orientation and external judgment can be a difficult journey for those in the queer community.

“One of the biggest lies that the American church has told queer Christians is that they have to choose between one aspect of their identity or the other,” Rouse said. “Once a person comes to the realization that their sexual orientation is not something that’s changeable … a lot of people start then moving away from their Christian faith.”

Rouse said finding a way to live a life that glorifies God while understanding the reality of their sexual orientation can be very challenging. Ramsey said as a Christian, they have learned to find strength in mindful meditation and prayer.

“A big part of my mental health journey has been … remembering that, you know, God loves me regardless of what other people say, even people who claim to have the same religion that I do,” Ramsey said.

Overall, Ramsey said they have felt supported by the Pepperdine faculty and resources on campus such as the Counseling Center.

Manson said he is a big believer in mentorship and finding a spiritual or relational adviser.

“If you know someone who is openly out or lives their life in a way that you find inspiring, talk to them — gay or straight,” Manson said. “They have very good insightful knowledge that you can use to apply to your life.”

What Does the Bible Say About Homosexuality? 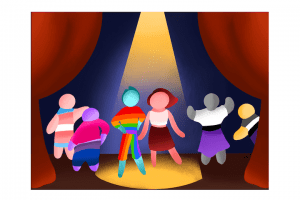 Art by Madeline Duvall Am I gay? Well, yes, but actually no. I’m a non-binary asexual, so I’m not gay in the truest...
Copyright 2013 Jupiter Premium Magazine Theme
Back to top