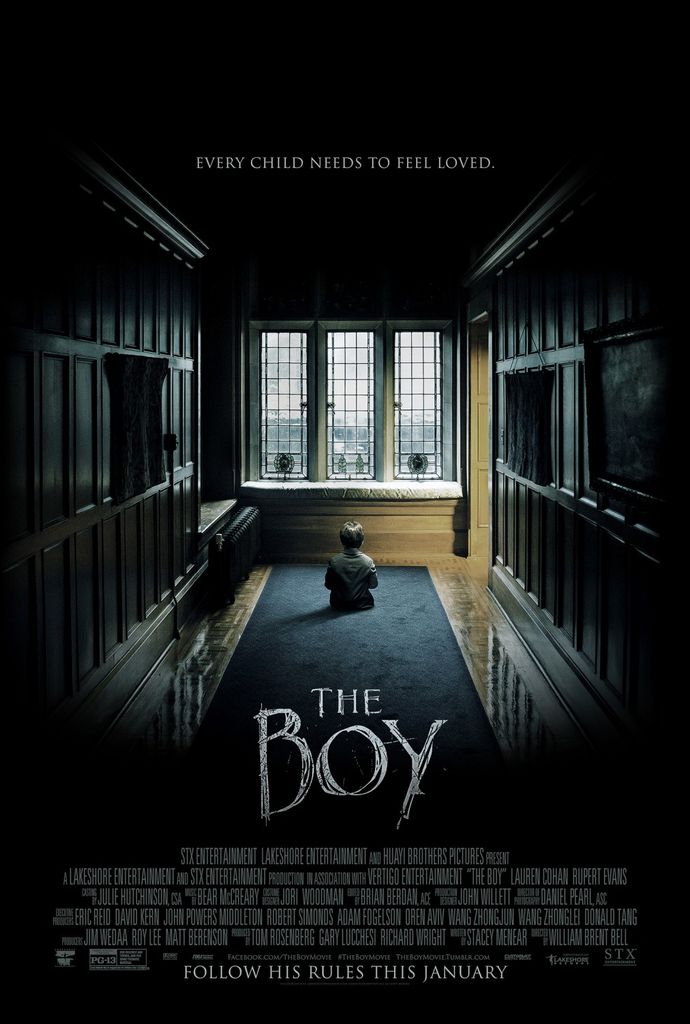 After the trailer was released back in October, “The Boy” had people captivated to see a movie that’s focused on the very common fear of dolls. With much anticipation, the film was released Jan. 22 and still has people talking about its original storyline and thrilling elements.

Directed by William Brent Bell, the film stars Lauren Cohan (“The Walking Dead”) as Greta with Rupert Evans (“Hellboy”) as Malcolm, who helps Greta unfold the mysteries that are in store. Other cast members include Diana Hardcastle, Ben Robson and Jim Norton.

“The Boy” follows the story of Greta, a 30-something-year-old woman from Montana who not only escapes an abusive relationship by leaving her boyfriend Cole, but by also leaving the country. Getting hired as a nanny by an extremely wealthy couple who live in the isolated English country side, she soon discovers that “the boy” she is going to be taking care of is, in fact, a rather creepy looking porcelain doll called Brahms. The elderly couple leave behind a set of “rules” for Greta to abide by as they leave for a vacation that is the first in a “very long time.”

It doesn’t take long before the strange and usual starts to begin as Greta continues to ignore the list of rules she was given in regards to Brahms. Becoming more terrified by what she is experiencing, Greta is forced to ask Malcolm to see what she is seeing and ask the truth about the “real Brahms.”

Overall, the movie is very different than any typical “doll” movie that is on the market, with an original take and directing that keeps you wondering who is truly crazy throughout the film. The film has classic cheesy jump scares, but over time you can only have so many before the movie does tend to be a little boring.

Yet somehow the plot goes from a creepy tale to one that is more on the dark and psychological side to keep you intrigued. With a refreshing and surprising twist, “The Boy” strays from what you thought would be predictable. With films like this, you’ll either end up loving it or hating it, but regardless it’s a guilty pleasure and surely not a film to miss. If you don’t mind spending time checking under your bed for the next couple of weeks, then this is the movie for you.