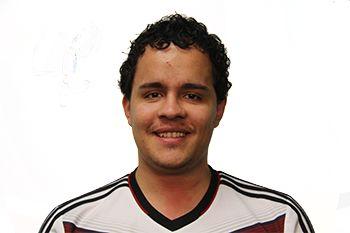 I need your help. I think these things might be toxic: they hypnotize us, they divert our attention and they don’t allow us to enjoy life. What can we do? Implement a quarantine system? No one would ever go for that. Attempt to destroy them? Impossible. Isolate ourselves from them? Unlikely. Cell phones have taken over.

I was waiting for the shuttle the other day and had a strong urge to check my phone with the hope of finding new texts or groundbreaking news. I pulled out my handy dandy digital life organ and started scrolling through my Twitter feed and checking Facebook. Then, the strangest of things happened. I looked up. Something had caught the corner of my eye. That something was the Pacific Ocean.

Then, I looked around and noticed that every single person in line was buried in their phones, their attention diverted to an opaque digital screen instead of the breathtaking ocean view. It was then that I said to myself, in a very George Costanza/Jerry Seinfeld voice, “What are we doing with ourselves?”

1. Stuff in real life isn’t going well. Maybe it’s depression; maybe it’s rejection; maybe people are just having bad days. One way or another, it seems that people flock to their devices to escape reality.

2. People can’t be by themselves anymore. Try it. In any circumstance in which someone is alone, there is a 99 percent chance they will be playing with some sort of electronic device. It may be due to feelings of despair, sadness or loneliness that come with not being with friends or family every moment of the day; but I recommend that people try to improve on what Louis CK would call “the ability to just sit there.”

3. A lot of people suffer from a disease I like to call severe device blockage compulsion, in which they need to constantly use their devices to block out their view of reality. Some might try to justify this by saying that their phone cameras have one million megapixels, and saying that the new filters they just downloaded combined with their 1080p screen projects life-like images. Newsflash: the resolution in real life is better than any life-like digital version.

I am not saying I am exempt from falling prey to my electronic devices too, but lately I have tried to limit my usage and enjoy the world around me, recognizing that I won’t live in a place as beautiful as this for long. Similarly to what Nick Offerman (Ron Swanson in “Parks and Recreation”) writes in “Paddle Your Own Canoe: One Man’s Fundamentals for Delicious Living,” it makes me want to dig a small, deep hole located deep in the forest or a desolate area of the desert or tundra and bury my cell phone in it, after which I will go off and live life. 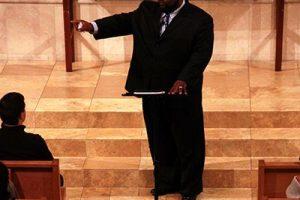 Photo by Allison Hubbard Every pew in Stauffer Chapel was packed with students on Tuesday, Jan. 21 to commemorate the life...
Copyright 2013 Jupiter Premium Magazine Theme
Back to top