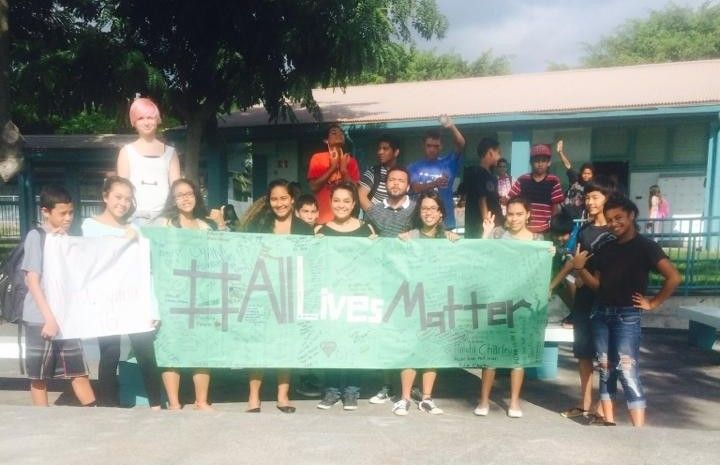 It can seem to many graduating college seniors — with a mound of student debt on the brink of entering the real world — that there are few options or resources to help them manage their looming adulthood. But Teach for America is one of the programs that offers the opportunity to gain working experience, a teaching certificate, a salary and extra time to pay off student loans.

With 60 percent of Pepperdine’s students graduating in debt every year, according to the Institute for College Access and Success’ Project on Student Debt, many students welcome the opportunity for student loan deferment. While students are usually required to pay off loans immediately after graduating or dropping below half-time status — usually with a grace period of six months — loan deferment grants students more time before they must begin paying off their loans based on special circumstances, according to the Office of Federal Student Aid.

Students can obtain loan deferment by entering a graduate program, engaging in active military duty or by participating full-time with certain qualified organizations, such as TFA, a national education nonprofit whose mission is that “one day all children will have access to a quality education,” Pepperdine TFA Recruiter Emily Fizer said.

Students who are accepted to participate in TFA are sent for two years to low-income schools around the country where they earn their teaching certificates by teaching a classroom of children in impoverished areas while attending regular teacher training sessions.

“It makes you want to wake up in the morning,” TFA corps member and alumnus Karl Simpson (‘14) said. “I just recently gave [my students] a practice ACT, and our goal is to get them an 18-21. The first time, they didn’t do that well, getting scores between 5 and 10. But yesterday, I graded them, and there was a drastic growth. They were getting 18s, 19s, 21s, 22s. They were ecstatic. To jump more than 10 points in the span of a couple months meant a lot to them. It felt good to see their growth and to be a part of it.”

Simpson is about to finish his first year with TFA, teaching at the Kealakehe Intermediate School in Kailua Kona, Hawaii. TFA’s corps members teach “predominantly students of color, because that’s the reality that a lot of kids who don’t have access to quality education live in impoverished areas,” Fizer said. “Race still plays a huge role in who has access to education and who doesn’t.”

The main goal of TFA is to decrease educational inequity caused by the wealth gap, Fizer said.

“Our path to get there is finding leaders who are passionate about working toward educational equity,” she said. “We are looking for people who want to be teachers but who are also passionate about social justice.”

TFA’s Pepperdine Campus Campaign Coordinator and senior Ashley Thurmond said she wanted to be a part of TFA because, as a part of Posse, a teacher helped her go to college by nominating her to be a Posse scholar when she attended a low-income high school in Washington, D.C.

“I personally think it’s a great mission to be working toward,” Thurmond said. “When I heard about the whole educational inequity thing, it didn’t surprise me. I personally want to pay it forward. If someone didn’t do that for me, I wouldn’t be here.”

After the two-year commitment is up, TFA alumni have several options: They can continue working at the same school, they can work for TFA as a recruiter, they can teach elsewhere, they can attend graduate school or they can pursue a different profession, Fizer said.

Many choose to pursue a Master’s degree in Education because several universities discount their prices for TFA alumni, often so much that it’s nearly free, Fizer said.

We could reformat this info into a cool infograph.

Simpson said he hopes to remain at the school at which he currently teaches for at least five years after his two-year commitment with TFA ends.

“I love this middle school and these kids,” he said.

Staying at Kealakehe for a minimum of five years would qualify Simpson for student loan forgiveness, according to the Annual Directory of Designated Low Income Schools.

“My motivation for staying is seeing my eighth graders graduate, and they have younger siblings,” Simpson said. “If I get loan deferment or forgiveness, it’s an added bonus. I want to stay to see them graduate and see them accomplish what they aim to accomplish.”

Thurmond also said the help with loans was not a huge factor in applying, but that it certainly has benefits.

“It helps you have a good transition into the real world,” Thurmond said. “I have a huge scholarship and I still have a huge amount of debt. I still get a salary like everyone else, but I don’t have to be worried about student loans. So I think its a really great way of setting yourself up for success.”

Simpson said that while loan deferment is beneficial, it should not be a driving force for anyone to join TFA.

Salaries are lower for TFA corps members since they are not yet certified teachers, plus there are several requirements on top of working in the classroom: an intensive five-week summer training program to learn lesson planning and data analysis, teaching a summer school course, monthly training meetings and putting together a portfolio, Fizer said.

Simpson said the demands of working at a low-income school through TFA can be overwhelming and can burn out many corps members.

Students who wish to apply for TFA need a Bachelor’s degree from any major and a minimum of a 2.5 GPA, Fizer said. The last deadline for this year passed March 6, but the applications for the 2016-2017 academic year will open in August. Fizer said TFA is “selective, not competitive” in their corps member selection process. Visit https://www.teachforamerica.org for more information. 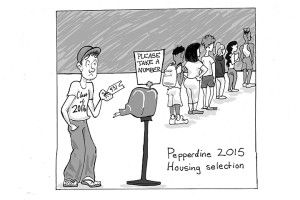 Art by Jenny RustdadOn Wednesday, March 18, I rose with the sun from a restful night’s sleep. And I rose to fight. I...
Copyright 2013 Jupiter Premium Magazine Theme
Back to top