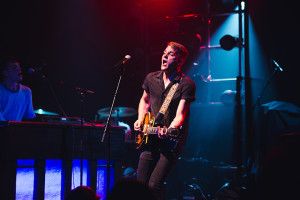 This past Wednesday, the El Rey Theatre did it again adding to the long list of popular bands who have passed through their doors since their 2015 line up was announced. The five-piece American synth-rock band, Magic Man, has quickly evolved from just two preschool friends. They’ve not only released their first music video, but […]