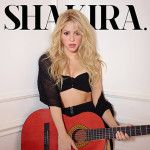 Photo Courtesy of RCA Records It’s been four years since the release of her last album and five years since her last English album. Now Shakira is back with an explosive new self-titled record released on March 25. Not only has she experienced different emotions in her personal life with the birth of her son, Milan, but she also has experimented with different musical … END_OF_DOCUMENT_TOKEN_TO_BE_REPLACED