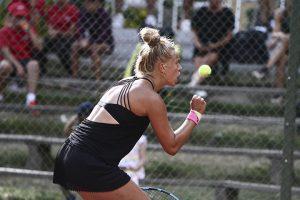 Sophomore Lisa Zaar celebrates a point during one of her matches in the Audi Danderyd Open. Zaar won the tournament against professionals in her home country of Sweden. Photo courtesy of Lisa ZaarWhile Pepperdine sports are on pause for the fall, student–athletes are still competing in competitions that follow COVID-19 protocols that are not part of the NCAA.International … END_OF_DOCUMENT_TOKEN_TO_BE_REPLACED 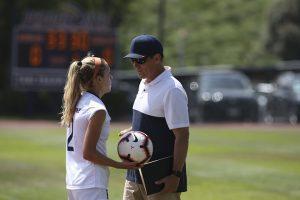 Women's Soccer Head Coach Tim Ward instructs defender Erin Sinai during a game at Tari Frahm Rokus Field in 2019. Ward has built a successful soccer program with a winning culture on and off the field. Photo courtesy of Pepperdine AthleticsThroughout his tenure at Pepperdine, Coach Tim Ward has continued to build a successful program that has lasted over the past two decades. … END_OF_DOCUMENT_TOKEN_TO_BE_REPLACED 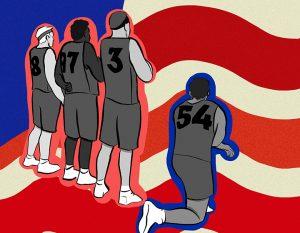 Art by Madeline Duvall Protests advocating for justice for crimes such as police brutality, institutional racism, education reform and voter education have continued since the death of George Floyd. Collegiate athletes have been leaders working for diversity, inclusion and equality among their conferences and campuses, including student-athletes from … END_OF_DOCUMENT_TOKEN_TO_BE_REPLACED 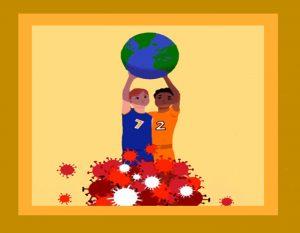 Major football and basketball programs support much of the fabric of collegiate athletics' finances, which are currently under siege by COVID-19. Art by Leah Bae College athletic departments cut nearly 100 college sports programs due to financial reasons stemming from the COVID-19 pandemic that started in March. Over two months later, dozens of programs from NCAA Division I, … END_OF_DOCUMENT_TOKEN_TO_BE_REPLACED 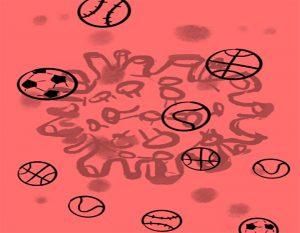 COVID-19 looms in the mind of sports governing officials as they prioritize the health and safety of student-athletes but attempt to return to normalcy. Art by Ally Armstrong Athletes at every level are dealing with the uncertainty and reality that their sport could be canceled and their season over in an instant. Fans are not allowed to attend competitions, and injuries are … END_OF_DOCUMENT_TOKEN_TO_BE_REPLACED