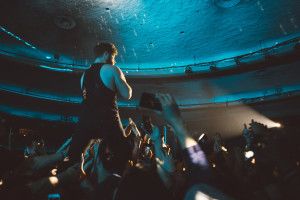 Photos by Brandt MisikEnglish indie-rock band Foals stopped in LA at the Hollywood Palladium on Tuesday, Sept. 27, to continue their 2016 international tour, showcasing their newest album “What Went Down.” Released in August 2015, “What Went Down” has reached No. 3 on both the UK and Australian Album charts. With a packed venue, Foals noticeably fed off … END_OF_DOCUMENT_TOKEN_TO_BE_REPLACED