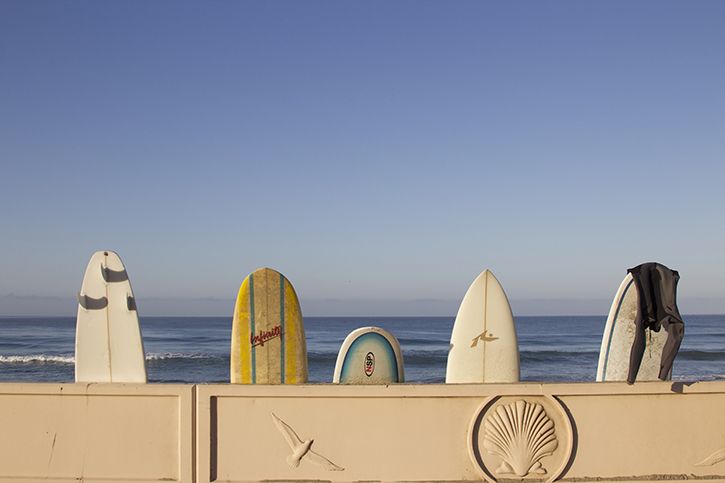 As nice as it would be to sleep in until 10 a.m. for regular Convocation on Wednesday mornings, many Pepperdine students have defied all odds by deciding to get up before the sun and travel to Zuma Beach for Surf Chapel at 7 a.m. I found myself among the crazies on the morning of Sept. 10 because I wanted to be a part of the adventure. After speaking to several sources and gathering my own thoughts, this is what I concluded: it takes incentive for people to try something new.

For me, the pull was simply the ocean. Coming from Colorado, the sight and sound of the waves on a sandy shore is a delicacy. I always soak up my time on the beach, and I can never get enough of it. Most certainly, it is the place where I feel closest to God. So of course I would be interested in attending Surf Convocation. But why would you want to go?

“One of the great challenges for students at any university is to figure out where they belong and who their friends are,” Assistant Professor of Decision Science Robert Shearer said.

“We want to offer that and be one of those options for them. We tend to be one of those communities who love God, love each other, and love surfing … hopefully in that order.”

Shearer became the leader of Surf Convocation last year because he was “looking for a place where [he] could connect with students.”

Junior Ray McLagan found an interest in the group at the beginning of last year. “I was really interested in getting into a community that likes to surf. It is fun getting to go out into the water and also get to share the gospel. It’s like a win-win,” McLagan said.

There are many reasons why it may be hard for students to adjust to new situations. The top argument that one may have against coming is that they have never surfed before.

“Even if you don’t surf, you can come and hang out by the ocean. You can’t go to Pepperdine and not try surfing at least once,” McLagan said.

The group has worked hard to team up with Campus Recreation in an effort to supply students with surfboards and wetsuits. In the near future, paddleboards and kayaks will be available to adhere to more students’ interests.

Another popular argument against attending may be a lack of interest in hearing about Jesus and spending time in worship.

Instead of Pepperdine’s cross on the hill, the university’s seaside location in Malibu may have heavily influenced Surf Convo students to study here.

“There is a connection you make with the divine when you’re out on the water with a surfboard that I think is pretty neat. I think that is something we try to tap into,” Shearer said.

Surf Convocation focuses on outreach and sharing small parts of the gospel each week. It aims to get people involved with the community in a unique way.

“My closest friends at Pepperdine are in Surf Convo,” McLagan said. “I love the talk, the worship, and the small groups. In the small groups, you start getting to know people, but you really get to know people out in the water. At what other Convocation do you get to hang out with friends for an hour or two afterwards, just chilling and talking, being active?”

Shearer recognizes that there are many opportunities to pursue one’s Christian faith at Pepperdine. However, the opposite is true for those who flocked to Malibu for its locale – and “that’s kind of where I would like to see Surf Convo fit in,” Shearer said.

The group has been newly named as a Chapel, rather than its previous status as a club. Students now receive Convocation credit throughout the year for attending. This naturally brings in students who primarily want to get the credit for simply attending, but Shearer hopes such people will find enjoyment in Surf Chapel.

“Regardless of whether people come just to surf or not, they still get to hear the message preached,” McLagan said.

Whatever the reason behind attendance, a group that began as merely 10 surfers has grown to over 100 people at Surf Chapel this semester. Members have been amazed to see the group’s progression in size from one year to the next as the word has been spread. They are interested to see what the numbers will look like at the Wednesday morning gathering throughout its 15-week duration.