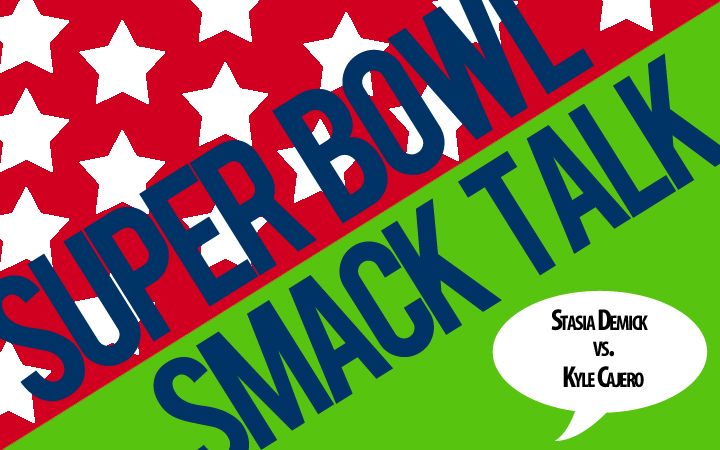 Both teams boast a 14-4 record going into Sunday. It is the same Goliath and the Giant story as the Seahawks match up against the Patriots legend Tom Brady and the all-time winningest post-season coach, Bill Belichick. But hey, at least we don’t deflate our balls.

The Hawks return to the Bowl as the less-experienced underdog, which is a good position to be in, considering it’s where we never lose. Just like the ill-fated Broncos, the Patriots rely on a powerful offense. Luckily, the Hawks bring the best D in the NFL, ranked first in points per game (15.9), first in yards per game (267.1), third in rushing yards per game (81.5) and first in passing yards per game (185.6). Anyone who has played a sport from rec to pro can tell you there’s something about defense that tends to win, championships.

If the Legion of Boom doesn’t secure your vote for Seattle, let the momentum from their six-game winning streak heading into the playoffs sway you.Let our Skittle-loving running back Marshawn Lynch speak for himself, or since he might simply respond with “yeah,” take a look at his stats. Lynch has more than 1,000 yards and 10 TDs for the fourth consecutive season and leads the NFL with 17 this year. He had 157 yards against the Packers alone, contributing to the biggest comeback in NFC title history. Beast mode is real, and it won’t hesitate to plow through Patriot defense.

Wilson will triumph over Tom Brady in Super Bowl XLIX the same way he took the trophy from Peyton Manning last year. His 36-12 record is the most wins by a quarterback during his first three years. He joins Joe Flacco as the only two QBs in NFL history to start and win a playoff game in each of his first three seasons.

The only place the legends have Wilson beat is that their salaries are roughly 40 times the size of his. But that doesn’t win championships. Wilson’s 10-0 record against Super Bowl winning quarterbacks (like Aaron Rogers, Eli Manning, Payton Manning, Drew Brees and Tom Brady) is not a fact that should be overlooked.

In Russ we trust, and the win over the Packers beginning in the last two minutes of the fourth quarter reminds us why. The Seahawks fans will scream too loud, the LOB will halt the greatest offense, beast mode will grind on, Sherman will intercept and Pete Carroll will make great lip dubs. No other team rivals the way the Seahawks respond to near defeat with confident tenacity, innovation and pure heart. Their defense brought the Hawks to the Super Bowl again, but it’s their flawless fearlessness that comes when most think all hope is lost that will win Super Bowl XLIX.

Someone tell Belichick that no number of deflated balls will help the Patriots come Sunday.

Forget Deflategate. Forget about the 11 under-inflated footballs that somehow caused the New England Patriots to send a turnover-prone Indianapolis Colts team home. Forget the looming NFL investigations that will probably be resolved long after the final whistle sounds in the University of Phoenix Stadium. Forget the fact that New England Patriots coach Bill Belichick may or may not have a history of “cheating” in a professional, nationally televised sport. Forget the recent controversy surrounding the New England Patriots, because the Patriots themselves have put those allegations behind them. During Super Bowl Media Day on Tuesday, team owner Robert Kraft said several of his players called the NFL’s allegations “hogwash.”

Follow the Patriots’ lead and focus on football. The best, most experienced football team — not the team that plays with the heaviest footballs — will win Super Bowl XLIX.

The New England Patriots’ slogan for this season is “Do Your Job,” which is essentially what they’ve been doing over the past 14 seasons. Basically, the Patriots’ “job” can be summed up in three steps: Win an average of 12 games a season, always make the playoffs with exception of 2008, when quarterback Tom Brady missed the entire season due to a knee injury. Not to mention — after all is said and done — draft unheralded mid-round picks that emerge as quality players. Throw in three Super Bowl rings and the title of being the winningest team of the past decade, and the Patriots’ prowess becomes clear. They are, undoubtedly, an experienced franchise with key veterans on both sides of the ball, and this year’s performance is no exception.

Clearly, Super Bowl XLIX’s marquee matchup will be the Brady-led Patriots’ offense against the Seahawks’ stifling defense. However, Brady played with minimal mistakes this season; he was sacked an average of 1.3 times per game and he threw only 9 interceptions during the 16-game regular season. Both of these statistics, interceptions and sacks, are what the Seattle Seahawks thrive on — and did I mention that Richard Sherman and Earl Thomas, two key figures in the Seattle secondary, are playing injured Sunday?

But the key to the Patriots’ fourth Super Bowl title will be its top-10 run defense. Specifically, if veteran defensive tackle Vince Wilfork and company can shut down the Seahawks’ insane running back Marshawn “I’m only here so I won’t get fined” Lynch, they’ll force quarterback Russell Wilson into making poor, appalling decisions like he did in the NFC title game. Then the Patriots can win with Tom Brady and his offense in cruise control. His years of experience will allow him to be poised, collected and confident Sunday.

But Tom Brady doesn’t play in cruise control. That’s not the Patriot way. 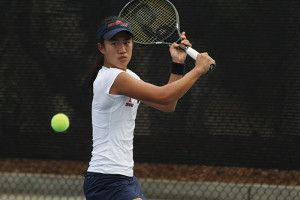