It’s already April, and soon the school year will be winding down for summer. For almost four months, many students will be faced with freedom and extra time that can only be dreamt about now, three weeks before finals.

No matter what summer consists of — jobs, internships, relaxation or summer school — there comes an inevitable moment when the break becomes noticeably long and students get restless.

It is in these times that the merits of summer must be remembered and the time must be somehow filled. The best way to do this is by paying homage to summer by watching films that capture the essence of what summer is really about. Some of these films are available at the library for those that are taking summer school. The rest are available many places online to rent cheaply.

These 10 films range from classic to recent hits, sentimental picks to comedy, but they have one thing in common; they all revolve around summer:

This iconic film is the perfect way to begin summer. “The Graduate” follows Benjamin Braddock (Dustin Hoffman) as he floats around aimlessly in his pool and his life, unsure of what he wants to do now that he has graduated. Everything gets complicated when the older Mrs. Robinson (Anne Bancroft) sets her sights on Braddock. Replete with one of the greatest soundtracks of all time by Simon and Garfunkel, this film perfectly encapsulates the feelings of apathy and indecision that surround summer and life in general.

Whether you have seen this film or not, chances are you have heard the phrase “Nobody puts Baby in a corner” and sang along to “(I’ve Had) The Time of My Life.” “Dirty Dancing” is more than iconic; it is one of the quintessential summer movies. This film tells the story of Baby (Jennifer Grey) as her family spends the summer in the Catskills Mountains at a sleepy resort, where she meets the suave dance instructor, Johnny (Patrick Swayze). This film is the perfect mix of a summer romance and a coming of age story.

This film take a less ideal view of a family summer get-away. “The Way Way Back” follows the story of Duncan (Liam James) and his mother (Toni Collette), her new boyfriend (Steve Carell) and his daughter (Zoe Levin) as they spend the summer at a beach house. When Duncan gets a job at a water park to get away from his mother’s new boyfriend, he finally finds a place where he fits in. This funny, realistic and at points, heartbreaking coming of age story is a great summer watch.

For a film about family vacation that is more endearing than heartbreakingly raw, watch “On Golden Pond.” Originally a play, this film was adapted for the screen with the hefty cast of Henry Fonda, Jane Fonda and Katharine Hepburn. This film addresses family relationships as the Thayers head back to their vacation home for the summer. Ernest Thompson’s screenplay is witty and quick. This charming movie is great to watch again and again.

Steven Spielberg’s thriller does not grow old. The famous score by John Williams is just as potent now as it was 40 years ago. “Jaws” is the perfect summer thriller. The film is centered around Amity Island, a summer resort town that is riddled with a dangerous problem –– shark attacks. This film will make you think again before heading out to Zuma.

“Friday the 13th” is a flourishing multimedia empire now, but it all started with the story of some unfortunate camp counselors (Kevin Bacon, Adrienne King, Harry Crosby) that attempt to reopen a summer camp shut down years earlier because it was the sight of a child’s drowning. This movie may seem a little campy now, but it is important because of it’s influence on the slasher genre. This is a great late-night summer watch.

When four young boys (Wil Wheaton, Jerry O’Connell, River Phoenix, Corey Feldman) hear that a stranger has been killed near their Oregon home, they go exploring to find the body. Based on a Stephen King novella, Rob Reiner’s hit works so well because of its dynamic story and casting. The four gangly boys the movie revolves around are the perfect mix of awkward and charming.

When two twins separated at birth find each other at summer camp, they inevitably decide to switch places in order to bring their divorced parents back together. Originally starring Hayley Mills as Susan and Sharon, this film is probably more familiar with students from the remake starring Lindsay Lohan. Both versions of the film are worth watching.

This romantic comedy follows the antics of a married New Yorker (Tom Ewell) when his wife and family leave for the summer, and a beautiful woman (Marilyn Monroe) moves in next door. This is the film with the iconic manhole scene; it is funny and light and leaves the audience smiling.

The perfect way to end the summer is by watching George Lucas’ classic that takes place on the last night of summer. The film follows a group of recent high school graduates (Richard Dreyfuss, Ron Howard, Charles Martin Smith, Paul Le Mat) as they spend the last night of vacation together before their adult lives begin. This film inspires sentimentality about the past while also sparking excitement for what lies ahead after summer ends.

Skip Out On "The Wedding Ringer" 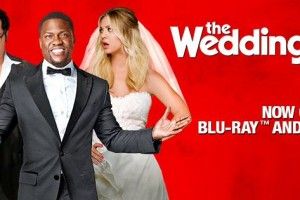 Skip Out On "The Wedding Ringer"

Photo courtesy of The Wedding Ringer/FacebookComedy is probably the most subjective genre in filmmaking. Different people...
Copyright 2013 Jupiter Premium Magazine Theme
Back to top