Students Consider the Future of Convocation 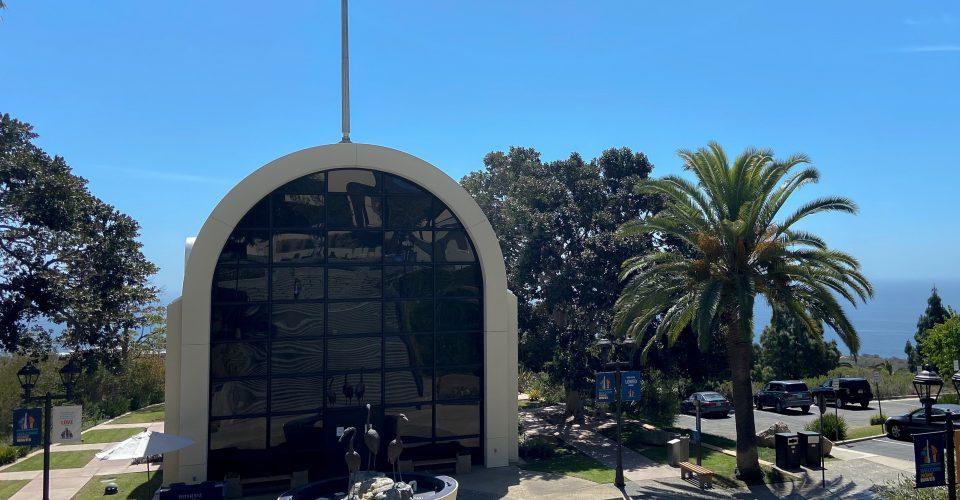 Stauffer Chapel sits empty on Pepperdine’s Malibu Campus in April 2021. The chapel used to be occupied with students every week for Convocation but is currently not able to host students due to the pandemic. Photo by Abby Wilt

It’s been over a year since COVID-19 forced Pepperdine to suspend Convocation, and the usual spiritual life requirement now has an uncertain future. But what do students think about Convocation?

In a March 30 anonymous survey organized by the Graphic of roughly 50 Pepperdine students, 54% said they would not be upset if there wasn’t Convocation next year, and 58% said they don’t think that Convocation is a necessary part of a Christian university.

“I think that when you force students to go to chapel, it kind of gives that force of religion down somebody’s throat, which is something that I hear a lot at Pepperdine,” said Launnie Phillips, junior and president of Word Up. “Not everybody at Pepperdine, although it’s a Christian campus, is religious.”

At the same time, 67% of surveyed students said spiritual life at Pepperdine drew them to the University. Phillips said that while she appreciates the religious aspect of the University, she doesn’t think students want to feel forced to practice their faith.

“It should be less about a grade and feeling forced [to go] and more as an opportunity to grow,” said sophomore Harper Tramm.

At the same time, students, including Phillips and Tramm, said they liked Club Convocation and University Church of Christ House Church, since those events were small settings and opportunities to get to know students personally and connect with others over their faith.

“I think encouraging students to find groups that they connect with, is more important and impactful than forcing them to go to a chapel that they may not even understand or be able to handle,” Phillips said. 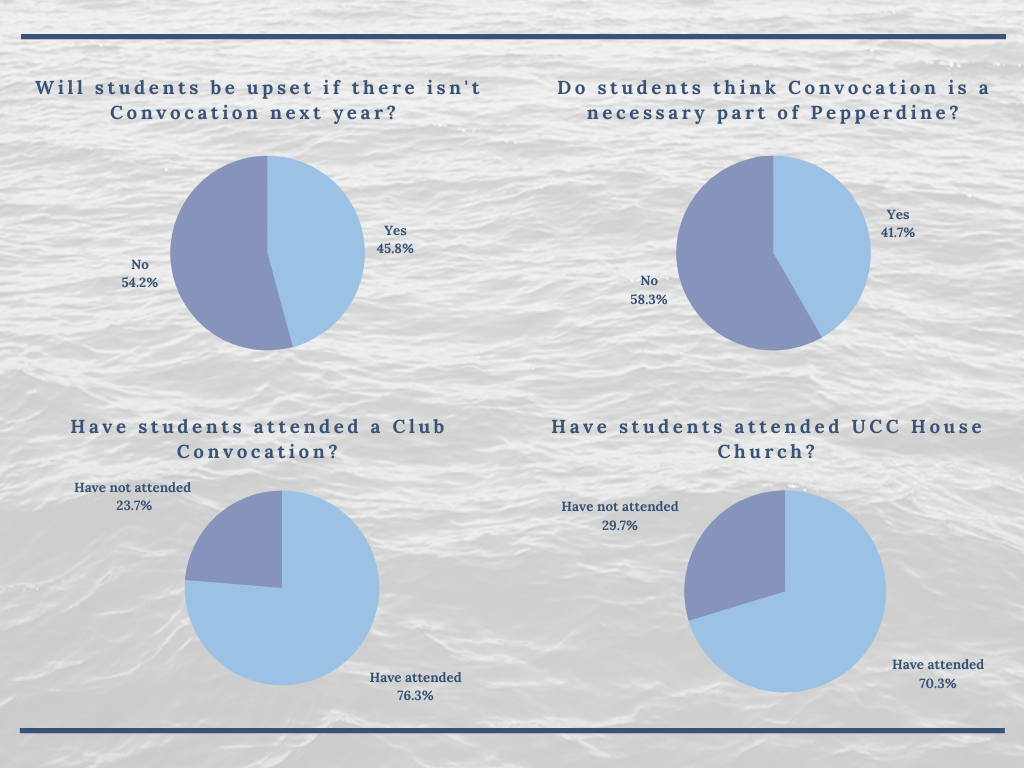 Phillips has led Word Up, usually a Club Convocation, on Zoom for the past year. Word Up attracts roughly 30 students per week, and it aims to create an inclusive space where students feel comfortable to worship.

“We are not church, and we are not trying to be church,” Phillips said. “We’re just trying to create dialogue and discussion around the Bible. We all have different perspectives that are important and should be heard, we can all learn from each other.”

Not only is Convocation a question for current students, but also for incoming students who don’t know if they are committing to a school that requires involvement in spiritual life. Jayden Hanson, a prospective student, and Jade Gonzalez, a committed student, both said they haven’t heard anything from the Office of Admissions about Convocation next year.

“Convocation has not been described or advertised much from what I picked up in a virtual aspect,” Hanson said. “To my knowledge, Convocation has just been very briefly hinted or dropped in sentences in regards to the religious aspects of Pepperdine.”

Even though Hanson hasn’t committed to Pepperdine yet, he said the spiritual factors draw him to the school, especially programs like Convocation.

“One of the reasons I’d be willing to pay more for Pepperdine is it has a good spiritual life and good religious aspect, but also as such high education,” Hanson said.

At the same time, Hanson said if he does decide to go to Pepperdine, he doesn’t want to feel forced to attend church.

The Future of Convocation

At this time, Pepperdine has not announced a decision about the future of Convocation. On Feb. 6., the University laid off Gus Peterson and Anneliese Graf, leaving the office without any full-time staff members. But spiritual life remains important to the University, as it was outlined in the 2030 Strategic Plan that Seaver College “seeks to remain true to the most profound insights of the Churches of Christ, which constitutes its heritage.”

In a March 29 interview with the Graphic, Provost Rick Marrs said the decision to make Convocation an academic requirement for the fall will be decided by his office, prior to the transition of the next provost Aug. 1.

The decision is expected to be announced in roughly mid-May, Public Relations Manager Alex Forero wrote in a March 31 email to the Graphic. 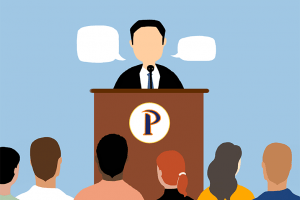 Art By Leah Bae Since March 2020, Pepperdine University has communicated in an unclear manner regarding COVID-19 updates,...
Copyright 2013 Jupiter Premium Magazine Theme
Back to top