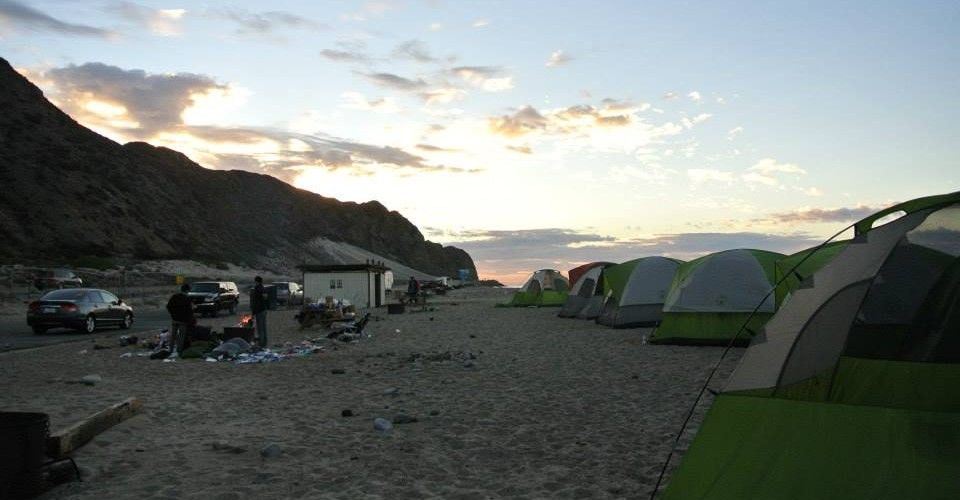 Sometimes, a night on the beach is all that is needed to connect a community.

This past Tuesday, Pepperdine’s Campus Ministry held an overnight campout at Thornhill Broome Beach. The campout was intended to take the place of the previously-held weekend retreats. In addition to a barbecue and a worship session, the campout featured a speech by Jeff Walling, the director of the Youth Leadership Initiative. According to Campus Ministry intern and Pepperdine junior Alistair Chong, more than 80 students signed up for the campout, making the turnout for this year’s campout much higher that the previous year’s, which was only in the 40s.

Previously, the Ministry had a yearly retreat over the weekend. Pepperdine’s Campus and Youth Minister Dusty Breeding said it was time to move to an idea that could accommodate a busy student’s schedule. In the previous year, the ministry had been thinking of a creative way to connect to students outside of weekends.

“We didn’t want to add another event to their already busy weekend schedule,” Breeding said.

This year in particular is also going to be filled with activities; the Ministry is planning an event for every week, said Campus Ministry activities intern and sophomore Amelia Dal Pra.

The interns were the main people responsible for setting up the campout. Breeding said as students, the interns were able provide the connection to the student populace, while he and Campus Minister Linda Truschke played more of a supporting role.

“[The interns] are really the heartbeat of the ministry,” Breeding said. “We really try to empower them to be ministers in [Pepperdine].”

The campout was large-scale but casual, to fit with the themes of the year’s scheduled activities. The intern team wanted to do beach camping partially because of its convenient location, according to Dal Pra. In addition to being close to the ocean, the beach was a great place to have campfires, she said.

The campout was great for students who did not know a lot about God, because being involved in the worship sessions allowed them to discover what it is like to be Christian, said junior and Sunday Night Chapel intern Esther Young. The intention of the campout is to give students an opportunity to bond with each other and perhaps even form new friendships, she said.

Though the environment was inclusive to other religions, the campout still had worship elements in it, such as prayer sessions and worship songs, Dal Pra said.

Walling, from the Office of Church Relations, has traveled around the world to give speeches and teach people abroad, Breeding said.

“I’ve known Jeff for a long time and he’s a great speaker,” he said. “He’s kind of a natural fit.”

Walling was invited to speak at the campout by junior and Ministry Activities intern Alistair Chong, who said Walling is a family friend.

The theme of Walling’s speech was “loving each other better,” and it was interactive in the sense that he asked students to come up to the stage to perform specific roles. Walling told each student to tell his or her partner “I need you,” according to freshman Lauren Steele.

“[Walling] involved all of us so that the message stuck,” Steele said.

Sophomore Keanu Vaughn said Walling also had students quote phrases from the Bible, and the specific message he wanted to get across was to be willing to call out for help when you need it.

The students who attended the campout also praised the experience for bringing them together to bond.

Vaughn said he felt his friendships were strengthened. He also said he managed to become friends with another student, whom he had previously only seen on campus but had never talked with.

“There’s something about eating hot dogs and s’mores with someone that makes their friendship grow stronger,” Vaughn said.

According to Steele, one of the best aspects of the campout was that there were no reluctant students. As a result, the campout proved to be a really good bonding experience, Steele said.

“Everyone looked like they wanted to be there,” he said.

According to Chong, this was the second test run for the program to determine if it would be a good follow-up to the annual fall retreat. Chong said he believed the campout will become an annual event. Whether or not the program continues is up to Breeding and Truschke. 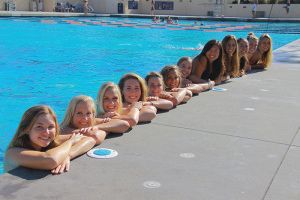 Photo by Sean GravesWhen it comes to college sports, being a freshman can often imply inexperience and sitting on the sidelines...
Copyright 2013 Jupiter Premium Magazine Theme
Back to top