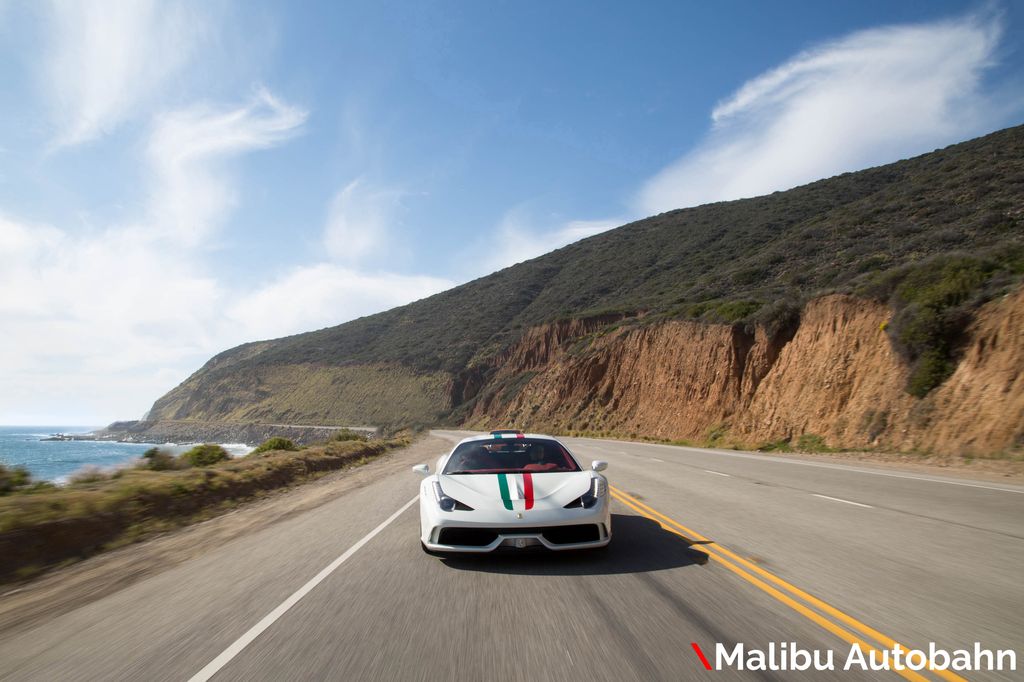 Senior Liping Lin and junior Jake Szarzynski, both car lovers, decided to created their own company, Malibu Autobahn, for anyone who shares their passion for cars.

Malibu Autobahn hosts luxury car events for people who like to look at these types of cars, show their own and look at others’.

Lin came up with the idea of creating the Malibu Autobahn in fall 2015 because he noticed there weren’t many organizations that connect people who love cars.

“I felt like there was a lack of presence of car clubs or any kind of organization in this area, but also just a good organization just in general for car meet-ups or people to interact with each other,” Lin said. “It is more of a showing-off event than people gathering together.”

“The Malibu Meetups is kind of the more casual thing, where we meet up at a place, chill, check out the cars and just go do drives in the canyons,” Szarzynski said. Another thing we do is Rallies, or long-term rallies that are a day away, and then we have the Shoots, which are the car photoshoots and drone videos.”

Malibu Autobahn has Meetups once a month, and in about a month they will be doing a long-term rally in California, the specific location of which hasn’t been announced, Szarzynski said. It may be in Big Sur or San Francisco.

In the future, Szarzynski and Lin will introduce a new, monthly event called Photoshoot Fridays.

Szarzynski said he noticed the same need of having a company that could arrange events for car enthusiasts.

“There are casual car events, but there is nothing that is super serious,” Szarzynski said. “We plan out things really well, and we like to kind of consider ourselves as a luxury car event company.”

Lin said he recognized the fact that there are people who want to take part in events like the ones Malibu Autobahn has.

“I started realizing that there are people who would actually want to help and engage in these type of activities and that was when I met Jake, who was very interested and enthusiastic in forming this organization right here,” Lin said.

Szarzynski got involved in the project because Lin needed a photographer to help him with a photoshoot he was planning.

“We knew each other last year; we had mutual friends, and we both liked cars,” Szarzynski said. “I was a photographer, and [Lin] asked me if I was interested in being the photographer for Malibu Autobahn. We did a photoshoot with his car, and then we planned our first rally. After that we came back and began taking it more seriously.”

They launched their first Big Bear rally in Big Bear, California in January, which is a road trip for car enthusiasts. Around nine people participated in it. Szarzynski and Lin met senior Danielle Lynch at this event, and she became their photographer so that Szarzynski could focus on the business, though he is still responsible for making the videos for Malibu Autobahn.

Szarzynski said Lynch is crucial in their project because she is a great photographer and has connected them to other car enthusiasts.

Lynch said she really enjoys being the photographer for Malibu Autobahn because she loves cars.

“It’s a lot of work because it’s small company, and we all have a lot of responsibility, but overall it’s awesome because I am a photographer and I am getting to shoot my favorite thing, which is cars, all the time, and it’s incredible for me to shoot cars.”

Freshman Keyari Sleezer said she thinks Malibu is the perfect place to have a luxury car event company.

“I think, living in Malibu and coming from [among] Pepperdine students, that they really exploited the niche,” Sleezer said. “We have some of the best cars here; it’s crazy to see all the Teslas and Maseratis we have here, so this would be the perfect place to start a company like that.”

Their plan is to expand globally, but they are focusing on the United States for now, Lin said.

The Malibu Autobahn website can be found at www.malibuautobahn.com.