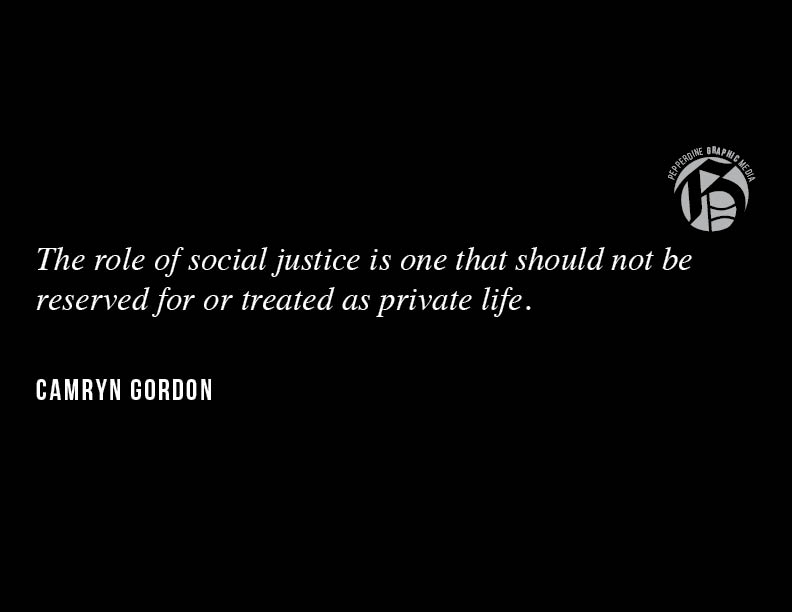 Pepperdine’s Center for the Arts recently produced “Ragtime,” a musical set in 19th-century New York where racism, prejudice, xenophobia and friendship drive conversations about social issues. “Ragtime” is just one example of how Pepperdine students are challenging their communities through powerful storytelling.

When Pepperdine students use creativity to initiate social change through the form of art, media and class curriculum, it allows the voices of social justice to echo through student work and initiate change.

The role of social justice is one that should not be reserved for or treated as private life. It is of utmost importance that conversations about world events and social issues are given a space within the larger sphere of education.

That being said, when social injustices are weaved into performance and conceptual art it allows vital voices to control how the stories and realities of marginalized communities are told and facilitate larger conversations.

While the performance of “Ragtime” erupted a controversy early into its tenure it ultimately grew to facilitate a larger, unexpected conversation about racial tensions and relationships on campus.

The arts (performance and conceptual) are a form of message delivery that can be presented as a form of “protest,” according to a study from the University of Vermont. The study further states that art as a method of protest and message delivery is unable to be “neutral” because it is a form of power and education.

Whether students and staff draw awareness to social justice campaigns like homophobia and ableism or showcasing the history of racial injustice through performing arts, there is a conscious effort occurring here on campus that is transforming the lives of students.

However, Pepperdine’s theatrical department is not the only agent in producing touching stories of social justice.

The curricula of Pepperdine’s Performing Arts allow students to express the importance of social justice and themselves through poetry, photography, social action and so much more. The ability for students to express themselves through these mediums provides students new pathways for dialogue and understanding of the individual perceptions of social issues that their peers may hold.

When young people and students alike work to dismantle systems that have historically and disproportionately affected groups of people, it allows for valuable experiences and stories to be told. Students become engaged citizens when spaces are created “to discuss and debate world issues,” as reported by the National Education Association (NEA).

As an institution that aspires to educate young people who will change the world, conversations that are often seen as controversial need to gain a permanent spot in campus arts. The power of storytelling that art provides emits a force of change due to its creative delivery.

The world is constantly beaten up by recurring histories of hate and prejudice. In order to move forward the realities of peoples, experiences need to be told. The production of social justice as art is one of the most intentional and transformative ways of presenting messages of change to audiences.

When deciding to participate in, attend or watch exhibits and shows that aim to combat social injustices, be informed. One must remember that knowing about an issue and being knowledgeable of its effects is just the first step to being an agent of change. The next step is to do something about it.

The arts provide opportunities for those involved with the production and the audiences watching the opportunity to openly discuss and play a part in creating social change. That being said, take advantage of the opportunity to participate in or view works of art that challenge the norms of social injustices.