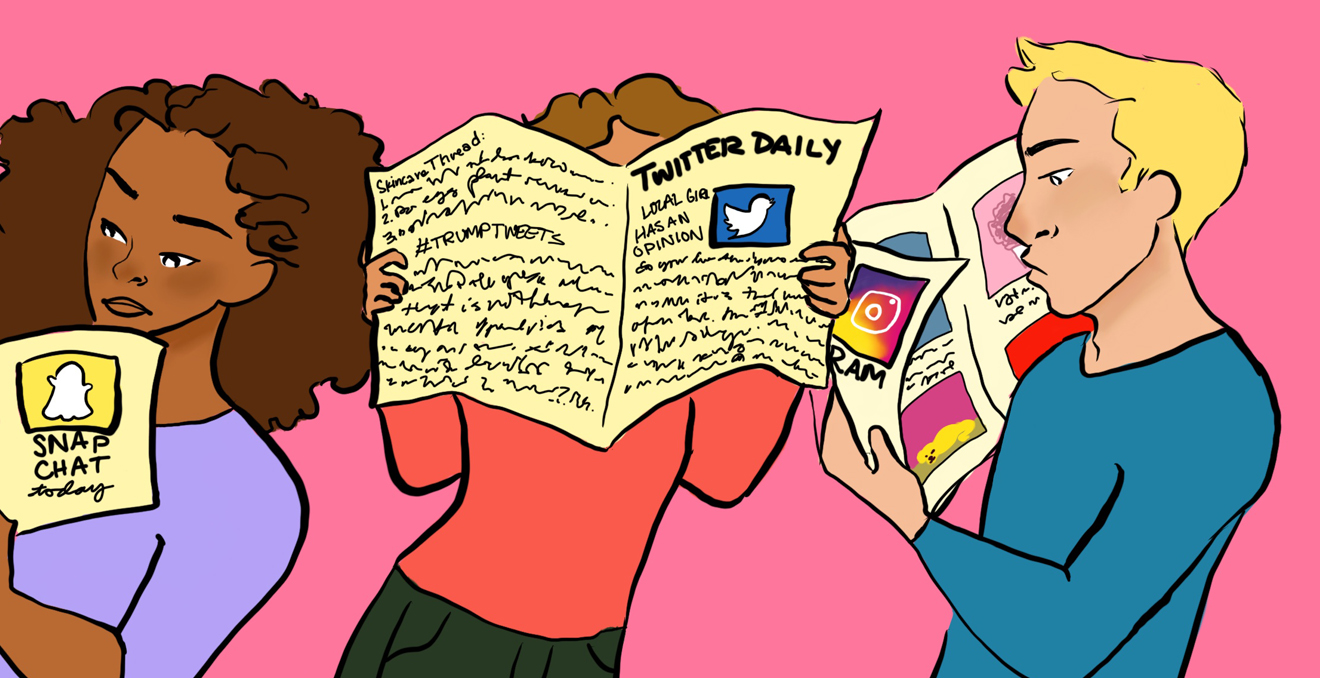 Since the creation of Facebook, social media has become one of the most integral parts of the internet. Americans are constantly sharing pictures, life updates and funny videos. Unfortunately, social media has evolved into something else entirely — a primary news source. A surprising sixty-seven percent of Americans get at least some of their news from social media outlets, according to Pew Research Center. News circulated through social media is often sensationalized, unimportant or altogether fake. Americans need to stop using social media as their primary way of consuming news and stand by traditional news outlets such as newspaper and radio.

The way news is shared on social media is problematic. Sites provide articles from other news sources that they believe are interesting and that users are likely to click on. In fact, several sites, including Facebook, use an algorithm that predicts what each individual user is likely to like, comment on or share, based on browser history, according to an article published May 15 on Forbes. In this way, users only see what is presented to them. People can explore different news topics and opinions but often don’t, according to an article on the website NiemanLabs. Facebook, Twitter and Snapchat discourage the user from getting a full range of news stories and opinions.

Besides the articles that social media sites provide, users themselves often share news links. This is where sensationalized and fake news has become problematic, especially in relation to politics. Many fake headlines will start “from misinformed social media posts by regular people that are seized on and spread through a hyperpartisan blogosphere,” according to Sapna Maheshwari’s article “How Fake News Goes Viral,” published Nov. 20, 2016, by The New York Times. Fake news has become dangerously influential on Americans’ political views, spouting outright lies about many political figures. Fake news is just another reason why social media is so unreliable for news.

The solution to the problem is simple: Start investing time and money in reading established news sources, and read more than one. By reading from sources such as the Wall Street Journal or The New York Times, readers are exposed to a much wider variety of topics and ideas, allowing them to become more aware of important events. Readers are also financially supporting these newspapers since they often require a paid subscription to read. If money is an issue, radio stations such as NPR also provide valuable insight into world events for free. These traditional news sources contain sections on world politics, the economy, technology and many others. This kind of variety just isn’t found on social media.

Another benefit to reading newspapers and listening to the radio is that many outlets differ drastically in opinion. By reading from multiple sources, Americans are able to get a better understanding of opinions on events and topics and can then form their own opinions. Facebook, Twitter and Snapchat, on the other hand, often only provide a singular source on a certain topic or event. For instance, Facebook may provide one article from Fox News about a political issue. Readers are then only being exposed to a conservative viewpoint on that issue instead of multiple perspectives unless they actively seek news off of social media.

It’s crucial that Americans stop using social media as a news source. Social media provides limited content, often unreliable and sensational. The news is the ultimate way for Americans to learn about the important events in the world, which is why it’s so crucial that Americans are getting their news from somewhere that’s reliable. So, stop reading about the latest celebrity divorce or newest trend on the internet. Instead, go pick up a newspaper or turn on the radio, and learn about what’s actually going on in the world.