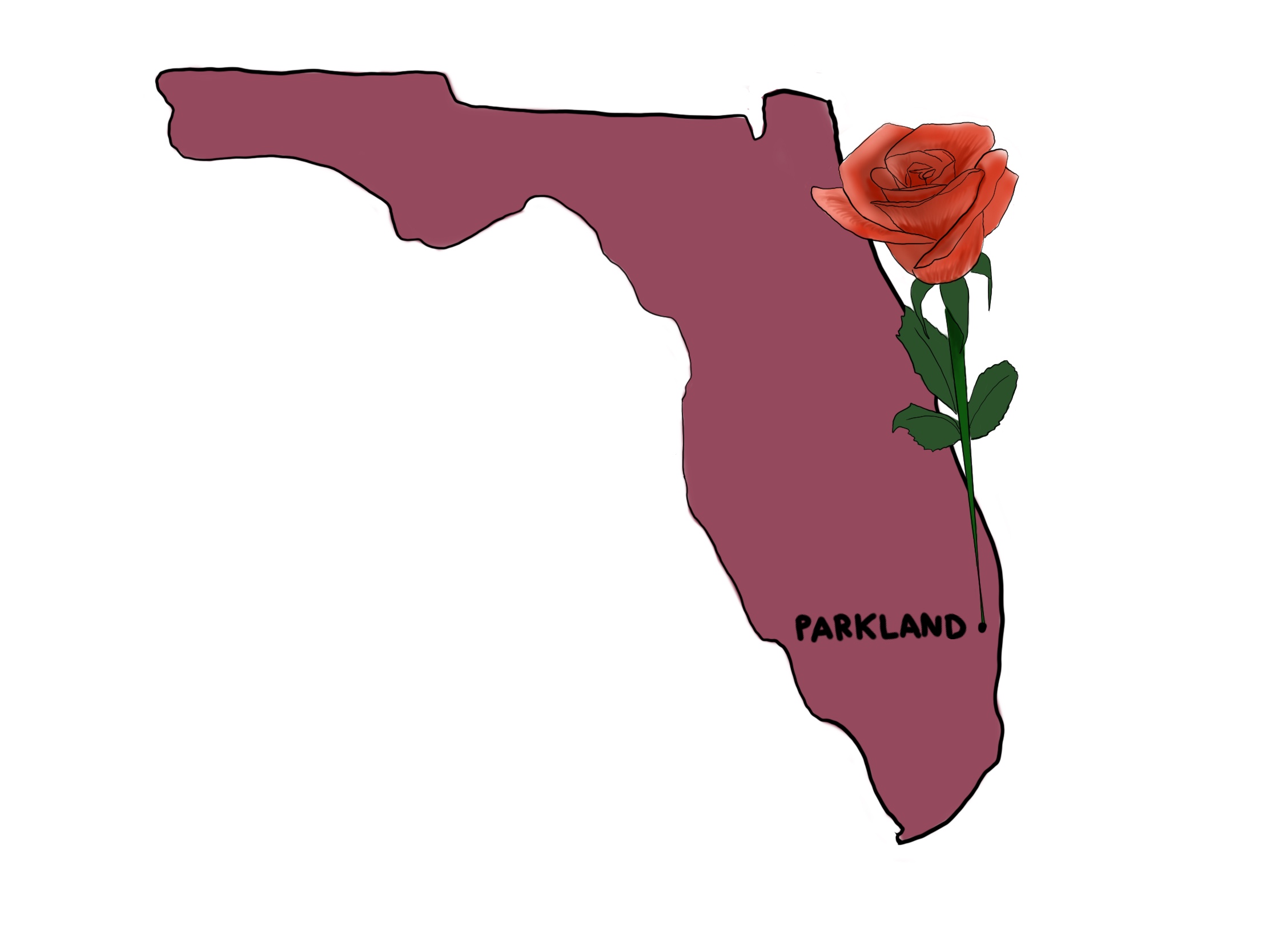 Flashing sirens, stunned and dismayed survivors, devastated loved ones and utter heartbreak have become all-too-common images defining the latest tragedy to grip the United States. With 340 mass shootings reported in 2018, it is evident that America is facing a serious and dangerous epidemic of gun violence that has left countless communities across the country in shatters.

In February 2018, a gunman opened fire at Marjory Stoneman Douglas High School in Parkland, Florida, resulting in the deaths of 17 innocent people. Over a year later, two survivors would commit suicide, with at least one of the victims being reported as suffering from survivor’s guilt and post-traumatic stress.

While devastated and traumatized by the horrific tragedy, Parkland survivors took the initiative to lead a movement for much-needed gun legislation. One year later, the actions of these young leaders have brought nationwide legislative and economic change, such as allowing law enforcement to bar a dangerous person from owning a weapon and curtailing the sale of guns at certain stores.

The Pepperdine community is no stranger to this pain. The Borderline shooting on the night of Nov. 7, 2018 was the beginning of a series of tragic events that would leave Pepperdine forever changed.

Yet, in the face of such adversity, Pepperdine and its established community proved resilient and ever more determined to grow stronger. Students should continue to show their unity and further reject the notion that such tragedies will become a norm in the status quo by hosting on-campus efforts to contact elected representatives and hold public discussion forums that keep the conversation going.

In the year since Parkland, the students who survived have made impressive legislative advancements by using their voices to speak for those who can’t. Launching the March for Our Lives campaign, survivors established organized efforts to reach out to elected officials and bring their attention to the serious issue of gun violence in America. Their tireless work did not go unnoticed.

Though Congress remained frustratingly ineffective on this issue, state legislatures took it upon themselves to bring about legitimate change. Within the year since Parkland, 69 gun control measures were implemented. Though some might see these legislative actions as small victories, they are evident concessions of state legislatures that were otherwise quite hesitant on even discussing gun reform.

In the midst of discussions surrounding possible solutions to senseless gun violence, dangerous proposals are also suggested. One such proposal was even suggested by the Trump administration which supported the arming of teachers across classrooms in America. This concept is backed by the NRA-supported ideology of “the only way to stop a bad guy with a gun is a good guy with a gun.”

Ensuring that the solution to gun violence is even more guns is not the logical approach. Simply trying to breakdown the logistics of such a monumental legislative proposal provides insight into the complexity of planning, let alone implementing, such a concept. The solution to these tragedies is never as simple as adding or subtracting the guns, there are more variables to this equation.

Conversations regarding gun reform need to occur, however, discussions about mental health must also be included. Both are factors that contribute to these tragedies, hence neglecting one over the other will only lead to band-aid solutions being proposed. The groundwork for legitimate, long-term resolution to the epidemic of mass shootings in America requires civil dialogue and bipartisanship.

As students, it is imperative to promote organizational efforts to continue discourse on gun violence. Hosting public forums, writing an op-ed or even engaging in acts of peaceful assembly all publicly portray an effort to engage in dialogue. At Pepperdine, rising student organizations such as The Reformers have made it their mission to have these important conversations.

The survivors of Parkland have shown what resiliency and determination in the face of hardship can result in. Their efforts resulted in hundreds of thousands of people marching in the streets of the U.S. capital and sweeping gun reform measures being implemented in state legislatures nationwide. Pepperdine and its community have the ability to follow in the steps of these young activists.

It is never too soon to have these difficult conversations. The students of Marjory Stoneman Douglas stand as a national example of the power that students themselves have to make a change.

Pepperdine students should follow in their footsteps and continue advocating for civil discourse on this important issue while also preparing a unified student body to reach out to local and federal representatives. Though they aren’t policymakers themselves, students are the key influence in bringing about much-needed reform.