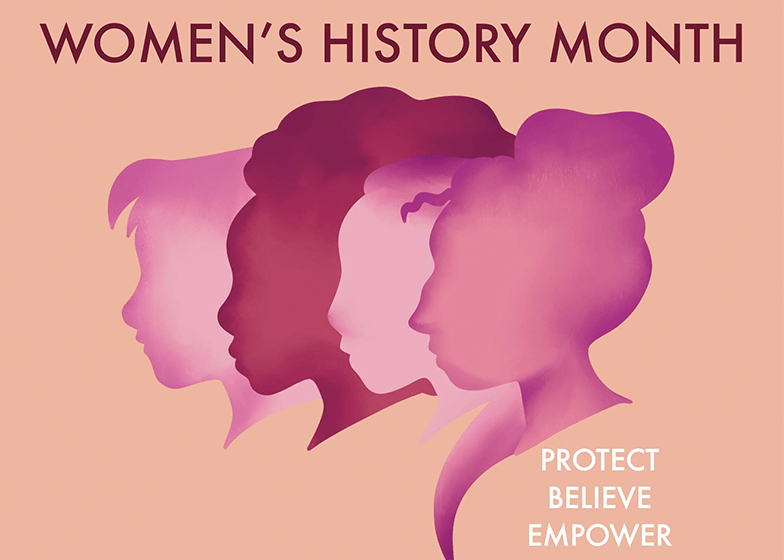 In a follow-up meeting, Director of Public Safety Dawn Emrich expressed concern about the accuracy of the staff editorial’s statement that “an officer is not always available.” Although this statement is true based on several of our staff members’ personal experiences, we have clarified that in some cases an officer was available but unable to arrive in a timely manner.

In response to PGM’s request for a gender breakdown of DPS officers, Emrich said she is unable to provide such information because it is not tracked by the department.

“Will you come with me to the bathroom?”

“You shouldn’t wear that. You don’t want to distract your classmates.”

Even though none of these lines are explicitly directed at a specific group, why is it clear that they are said to women?

March is Women’s History Month, and as many students celebrate the accomplishments of successful women, this month also serves as a grim reminder that society has a long way to go until all genders can truly be equal.

Before we go any further, we want to provide a chance to opt-out of reading this article on the basis that it will be triggering for some.

We will be addressing sexual assault, violence and harassment — take good care of your mental and emotional health and continue only if you feel you can do so without putting that health in jeopardy.

You’ll notice, nowhere in this article will you find the term “victim of” or “happened to.” Phrases like “violence against women” have become so commonplace that society hardly stops to think about the implication of them. This line, notedly in passive voice, has no place in this piece. “To leave the phrase in passive voice is to indemnify the actor, to hide the assailant, to put the onus onto women,” wrote Doreen Arcus, associate professor at the University of Massachusetts Lowell.

Perhaps you understand the reality of what it means to be a woman in a world that sees us as sexual objects, mothers, rivals and little else. Perhaps you do not.

Perpetrators of sexual misconduct have sexually harassed 97% of women in the U.K., according to a UN Women UK study. Not local enough? Rapists have taken advantage of almost one in five women in the United States, according to National Sexual Violence Resource Center.

Perpetrators harm women of marginalized communities at a higher rate. According to the Women of Color Network, Americans have committed intimate partner violence against 29.1% of Black women, 23.4% of Hispanic/Latin women and 37.5% of Indigenous women in their lifetimes.

A separate Project AWARE study found that intimate partners committed violence against approximately 41%-61% AAPI women in the United States. Cited by the Human Rights Campaign, “44 percent of lesbians and 61 percent of bisexual women experience rape, physical violence, or stalking by an intimate partner, compared to 35 percent of straight women.”

With statistics like this, it should be clear why women are screaming to be heard.

Pepperdine has an obligation, not only as a Christian institution with 58% of its students identifying as female but also as a human institution, to look this human rights issue in its face and condemn it in all forms. In order for this denunciation to truly take root, the University must act upon its words.

Beginning at New Student Orientation, Housing and Residence Life hosts mandatory Title IX training for all students. Student employees, staff and faculty must attend additional training per the state of California every two years. The Counseling Center, Student Care Team and Step Up Initiative introduce themselves as resources, in addition to the Office of Title IX.

The Student Wellness Advisory Board hosts events like Take Back the Night, Denim Day, which educates students on consent.

But Pepperdine’s training, events and acknowledgments do not make women feel safe enough. A common resource that universities provide are blue light emergency call boxes with a button that community members can use to reach campus safety or police. It’s troubling that the only commonly known blue lights are by Payson and in Rho parking lot. The University should place additional boxes around campus and publicize their use — sexual assault is not limited to only the library or a residential parking lot.

While Pepperdine does encourage students to download and use the LiveSafe App, it primarily promotes it during NSO where students are already so overwhelmed with information that they are likely to quickly forget about it among the other new apps they are encouraged to download — Navigate, Pepperdine, etc.

The University does not regularly provide late-night or evening shuttle services. The Department of Public Safety advertises 24/7 late-night security escorts for students returning to their car or dorm. However, an officer is not always available, especially in a timely manner. Several former and current PGM staff members have experienced significant delays or were told by DPS that an escort was unavailable. Women have set up expectations of resources as a result of the University’s promises, and then those resources are not reliable.

In the instance that either a shuttle or DPS ride is available, the driver will most likely be a man. From fall 2019 to spring 2021, Pepperdine Transit Services employed one woman and eight men as shuttle drivers, Manager Sean Kavanagh said. DPS has not responded to an email inquiry about the gender breakdown of its officers.

A one-on-one ride experience with a man may cause a distressed woman further discomfort. Pepperdine should create a more reliable system to ensure a person who feels uncomfortable walking alone at night can reasonably and quickly hail a safe ride.

It feels as if the majority of the resources Pepperdine advertises target women as potential victims, rather than educating students to prevent an assault.

The Student Care Team and Counseling Center should promote themselves and act as preventative resources, rather than solely intervening after the assailant has already acted. These groups should also emphasize and demonstrate openness to non-Christian, non-white, non-straight students who may not feel as supported through more intentional communication and accessibility.

Increased preventative education beginning a student’s first year is crucial in ensuring greater student safety. The University should not only educate on Title IX resources and counteractive measures but also teach students about consent, respect and boundaries so that assailants are stopped before they act.

Women on-campus — students, staff and faculty — should not be held responsible for the lack of safety that the University allowed in the first place.