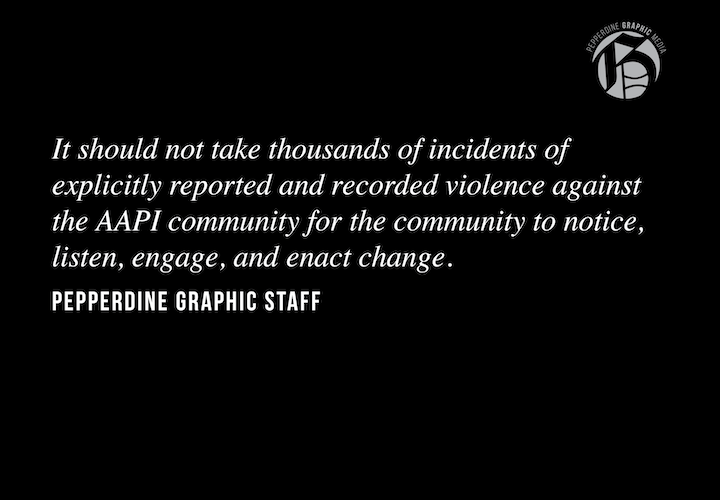 Nearly 3,800 anti-Asian hate incidents took place amid the pandemic between March 19, 2020 to Feb. 28, according to a report released by Stop AAPI Hate — a reporting center for Asian American Pacific Islanders. This number represents only a fraction of the total number of incidents that occur regularly in the United States.

Asian women, in particular, reported 2.3 times as many hate incidents as men, reflecting the intersection of racism and sexism, according to the Stop AAPI Hate report. The incidents of hate include verbal harassment, physical assault, shunning, avoidance, being coughed and spat on, refusal of service, being barred from an establishment, vandalism and online harassment.

Earlier this year, during Lunar New Year, we also witnessed attacks and violence directed at the Asian American elderly captured on video.

“While the details of the shootings are still emerging, the broader context cannot be ignored,” Asian Americans Advancing Justice-Atlanta said in a statement. “The shootings happened under the trauma of increasing violence against Asian Americans nationwide, fueled by white supremacy and systemic racism.”

We recognize that hate incidents and crimes against AAPI are not new and that PGM and news media in general need to do better to report the experiences of AAPI while redefining what is deemed “newsworthy” enough. The hate directed at Asian Americans should not be silenced in the rapid news cycle.

It should not take thousands of explicitly reported and recorded incidents of violence against the AAPI community for the community to notice, listen, engage and enact change. The Pepperdine community is not excluded from enacting the microaggressions, xenophobia and violent acts of racism demonstrated toward AAPI daily and needs to acknowledge the hurt of their peers.

In a challenge to do better, the Graphic urges all community members to self-educate on Asian-American culture, incidents of xenophobia toward Asians and more. Below we, the PGM staff, have included some of our reporting to provide a start on understanding the Pepperdine AAPI experience.

The Graphic commits to standing in solidarity with and for the unheard voices of the community. We see and hear the pain of our peers and we will not let the experiences of the AAPI members of the Pepperdine community go unshared.

Resources To Educate Yourself: 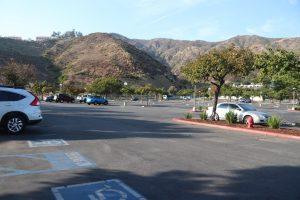 Photo by Ali LevensPepperdine begins the slow climb of building The Mountain on top of the Malibu campus, with smaller construction...
Copyright 2013 Jupiter Premium Magazine Theme
Back to top