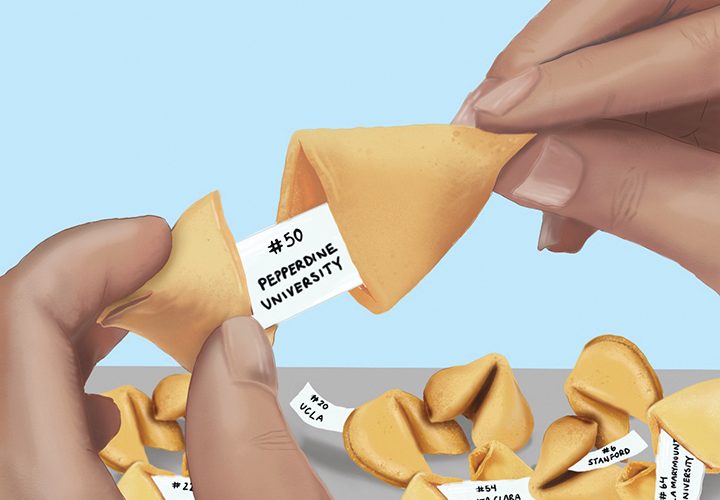 Earlier this month, U.S. News & World Report published the 35th edition of Best Colleges in which Pepperdine University was ranked 50th, four spots lower than the previous year. While being one of America’s top 50 universities is a great thing, the method in which U.S. News conducts and determines the rankings is systematically flawed.

Retention and graduation rates, faculty resources and expert opinion make up 75% of the national rankings. While all of those are important factors when deciding where to attend college and when looking at the success of a school, it leaves out essential voices and real experience. Instead, the rankings should include current student opinion and experience.

The criteria provided by the U.S. News Report for rankings insufficiently measures Pepperdine’s eminence. Case in point, when students talk about their university the things they mention about it — like faculty-student relationships, abroad experiences, friendships and co-curricular opportunities — are not included in the ranking.

Classification and ranking systems for colleges and universities perpetuate a society of status-conscious individuals because the rankings are determined by face value factors.

The most organic and honest way to choose which university to attend or which applicant to hire is to listen to what students, faculty and alumni have to say about their individual experiences.

Rankings have a greater effect on the students at a university than one may think. For many, these rankings determine the worth of one’s degree or provide employers with preconceived notions about an applicant just by reading the name of their school.

If the ranking determines a degree’s value, then shouldn’t the ranking be based on factors that actually matter to students? And even more, employers?

Rankings should be based on current students’ perceptions and happiness, on-campus safety, volume of student-involvement and student success or academic satisfaction — factors that actually value college student satisfaction. Moreover, a campus’ personal qualities are attended to over shallow measures such as alumni giving, reputation and high school test admittance averages.

It’s unfortunate that U.S. News Best Colleges Rankings carries a favorable influence when Princeton Review creates “Best Colleges” lists based on surveys from “140,000 students from across the country so we can tell you which college has the best food, best career services, happiest students, and more.”

These are the qualities students value. But even though U.S. News Best Colleges Rankings create some sort of confidence in a school, there are other factors that should take more precedence.

The experience offered at a university will always be more valued and longer remembered than a degree’s value determined by national rankings.

One Stanford study looking at the ineffectiveness of U.S. News rankings, summarized by Inside Higher Ed, pointed to a Gallup survey that showed that a key predictor of a quality college experience was found in life-changing professor-student relationships and not institutional prestige.

The study also examined the inevitable — each student values different characteristics in a college, something the rankings don’t factor in. Stanford’s report encourages students to value a college based on academic and community engagement.

Professors who actively build deep relationships with students along with meeting true friends and discovering new passions through campus clubs and other niche communities are the footprints left in one’s mind when they think of college.

While Pepperdine’s drop in rankings might have concerned some, prospective students and current Waves should look into what the rankings actually measure to see the insignificance of the number when compared to the human relationships and memories found at Pepperdine. 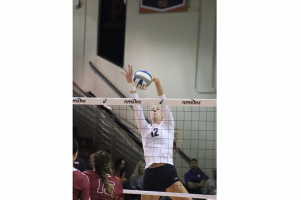 Photos by Ali LevensUtilizing their home-court advantage, the Pepperdine Waves secured a solid 3-1 victory over the Santa...
Copyright 2013 Jupiter Premium Magazine Theme
Back to top