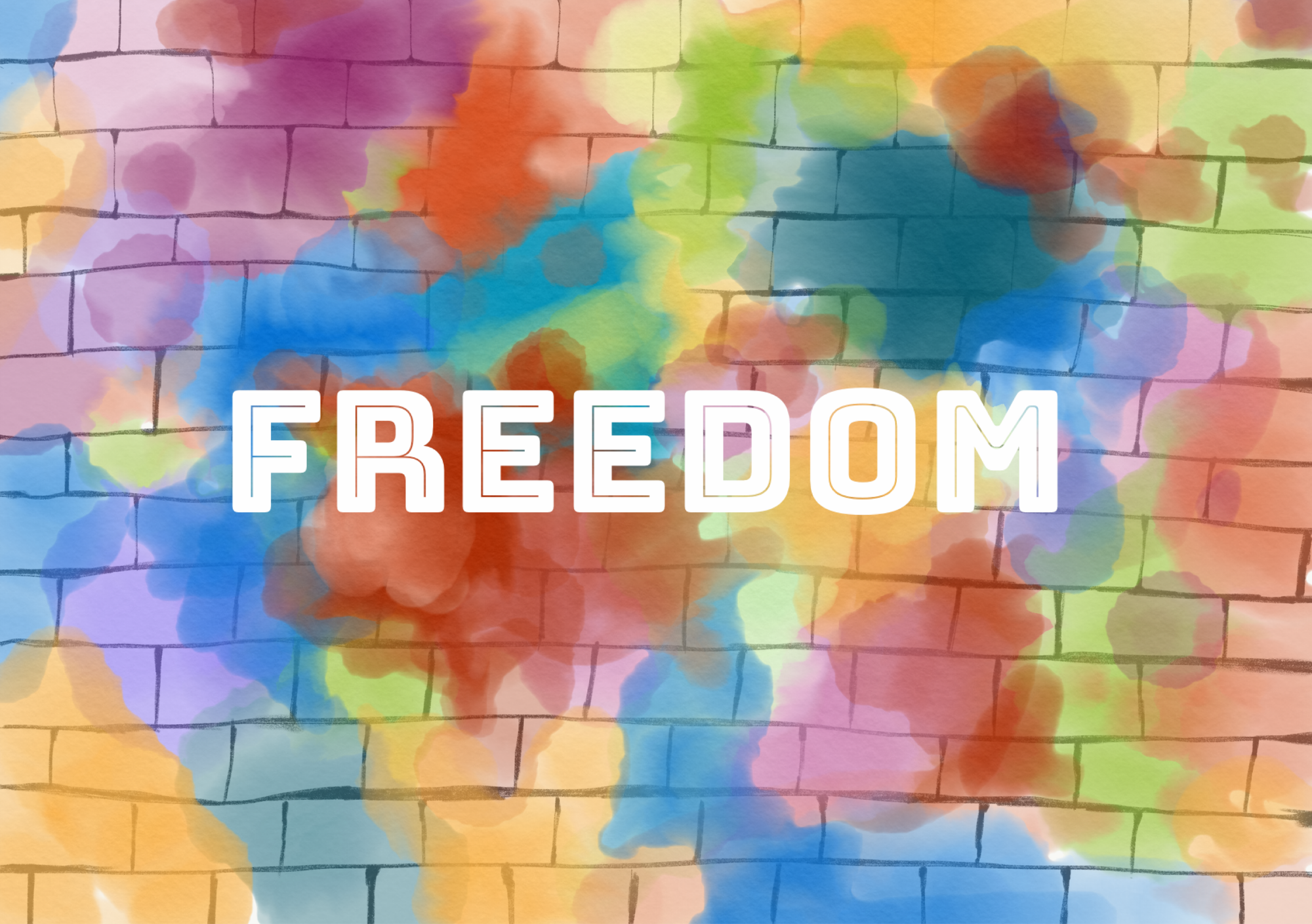 The Freedom Wall — located outside the TCC, near the Campus Bookstore — is a corkboard of individuality and an ultimate manifestation of freedom. It should be used as a space in which members of the Pepperdine community express themselves. As students, we need to have respect for the views of others, even if we don’t necessarily agree with them.

The wall was established in 2003, after a joint effort between Amnesty International and SGA, according to a Graphic article, published in 2005. Its motto at the top of the wall says it all: “Pepperdine University affirms that truth, having nothing to fear from investigation, should be pursued relentlessly in every discipline and that freedom, whether spiritual, intellectual, or economic, is indivisible.”

Last week, on Thursday Jan. 12, two members of Turning Point USA plastered the Freedom Wall with posters urging students to get involved with their organization. Turning Point USA is a conservative-leaning organization “to identify, educate, train and organize students to promote principles of fiscal responsibility, free markets and limited government,” according to its mission statement.

By Friday Jan. 13, these posters were vandalized and taken down, as reported by the Graphic. Expletives and drawings covered the signs. These writings were from someone who disagreed with the points of Turning Point USA. Though dialogue is an integral part of our democracy, vandalism should not be acceptable.

However, curation of the wall is relatively tricky, as “Student Affairs does not monitor or remove items;” rather “students monitor it themselves,” Vice President for Student Life and Dean of Student Affairs Mark Davis wrote in an email.

The problem with what is acceptable lies in the fact that “the Freedom Wall is a venue for individual members of the community to respectfully express themselves and may not be used by organizations for advertising,” wrote Davis.

According to the Student Organizations Handbook, “the wall is governed by the principle that speaking freely in a participatory democracy must be done with responsibility.”

Turning Point USA did not exercise responsibility as they are not a member of the Pepperdine community. They are not a club and do not have a representative on campus. With this in mind, their actions are not protected. To this end, the Student Organizations Handbook must redefine its rules so that instances like this do not happen in the future. As is, the Freedom Wall protocol is hard to define: it is for the Pepperdine community, so that should be explicitly stated.

Turning Point found our Freedom Wall, and they used it as they thought they should. Pepperdine students and faculty alike should expect any and all types of posts on the Freedom Wall, as it is an “open forum” of sorts for the Pepperdine community.

Even though these posters are not allowed, their place on the wall does not condone the handwritten vandalism. Writing over and defacing opposing views is an unacceptable use of The Freedom Wall, no matter who posted what. Freedom of expression is for everyone, and the Freedom Wall works within the spirit of the law of free speech.

If you see anything offensive or advertising, consider contacting Students Activities.

But, there is an easier way to solve this situation. The Freedom Wall is a spot to post your innermost thoughts without disregarding others. When used correctly, the Freedom Wall can be a conversation space between a myriad of ideologies and world views.

Freedom is what most people consider an unalienable right in America. It’s right up there with life, liberty, and the pursuit of happiness. The boundaries of freedom have been written down and talked about and redefined over the last 241 years. Even with all the modern day John Hancocks retweeting their definitions of freedom, the true limits of what is and is not considered freedom is hazy at best.

Freedom, in our own terms here at PGM, is the right we have to act, speak and think. As a news outlet, we have the freedom to seek and write the truth.

It is our duty to listen to those of different political parties, ages, religions, sexualities and ethnicities, because each person’s point of view matters.

People won’t always agree with each other. But as we live in a democracy, where our Founding Fathers made sure to allow free speech to be a pillar of freedom, it is respectful to listen.

So the next time you walk by the Freedom Wall, acknowledge what has been posted and internalize the quotes by MLK and Pope John Paul II etched into the edge of the frame.

If you feel inclined to post, remember to use your voice to speak for what you believe in. Seek out constructive dialogue with people who are different from you. And never forget to let freedom ring.