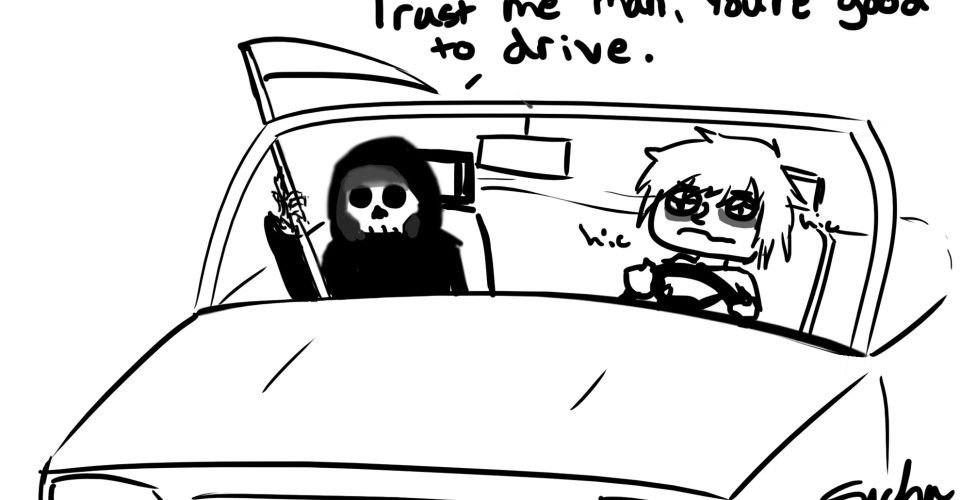 “Don’t drink and drive” is an expression today’s college-age adults hear so frequently that it has arguably become cliche and lost its gravity. Nonetheless, drunk drivers are involved in about one out of every three fatal car crashes, according to the Centers for Disease Control (CDC). Nearly 11,000 lives were lost as a result of “alcohol-impaired” drivers in 2009 alone, the centers’ studies found.

Since Pepperdine is a dry campus, it’s easy to feel as though this information is irrelevant, but this fact in no way exempts or grants our community immunity from the consequences of drunk driving.

Actually, the dry campus makes Pepperdine students particularly vulnerable to drunk driving accidents because recreational drinking essentially requires that someone either drives on PCH or through the canyon. And it’s not exactly news that designated drivers don’t always remain sober as the night wears on.

Accounting for the stretch of PCH within Malibu city limits, an average of 6 to 10 accidents involving DUI with injuries occur each year, according to the Malibu Times. The 2010 death of 13-year old Emily Shane at the hands of a drunk driver remains an open wound in the Malibu community, as the man responsible for her death was sentenced only months ago.

From public service announcements issued by highway patrol, to Mother’s Against Drunk Driving (MADD) campaigns, to the countless tragic stories of young lives lost, it is safe to say no one is ignorant of the dangers of driving while intoxicated.

Still, this year nearly 2.8 million college students will get behind the wheel of a car while under the influence of alcohol, many of whom have been binge drinking, according to The National Institute on Alcohol Abuse and Alcoholism (NIAAA).

The NIAAA reports that four out of every five college students drink alcohol, and about half of the students who drink alcohol also partake in binge drinking (five or more alcoholic beverages consumed in one sitting for men, four for women).

In California, the legal blood alcohol content (BAC) limit for a 21-year-old licensed driver is 0.08 percent, which equals about four beers over the course of an hour for a man of about 160 pounds, according to the National Highway Safety Administration. The state has a “zero tolerance” policy in place for underage drivers, meaning they could face consequences for having any alcohol in their system at all.

Society generally accepts that unintentional mistakes can serve as some of the most effective learning opportunities. But certain “accidents” are a direct result of negligence and can be avoided by taking the proper precautionary measures. Driving while intoxicated is one such instance. With all the alternatives available, there is no need to risk human life to learn that drunk driving is a bad idea.

In the war on drunk driving, silence might be the biggest obstacle. Although drunk driving is preventable, anyone can feel uncomfortable for pointing out that someone is too drunk to drive home or for refusing to get in the car with their drunk friend at the wheel. Ultimately, the greater offense is choosing to remain silent at the risk of endangering one’s own life and the lives of everyone else on the road. While some might say that it serves someone right to risk their own life with risky behavior — that it might serve as a wake up call — endangering the lives or well-being of innocent bystanders is intolerable.

Even if it means facing ridicule or having to be “that guy” (or girl), if someone appears unfit to drive, he or she probably is. The only ethical response is to offer an alternative: take their keys, offer to drive (if you are sober) or simply remind them that a $50 cab ride pales in comparison to the cost of a DUI conviction in California, estimated at anywhere between $6,000 and the loss of their life, or someone else’s.

Anyone can get away with it once, perhaps never getting caught. But it’s always all fun and games until someone dies. Remember, you only live once ­— so think twice before you take that chance, because it just might be your last.

Weekly updates from the Department of Public Safety

Weekly updates from the Department of Public Safety