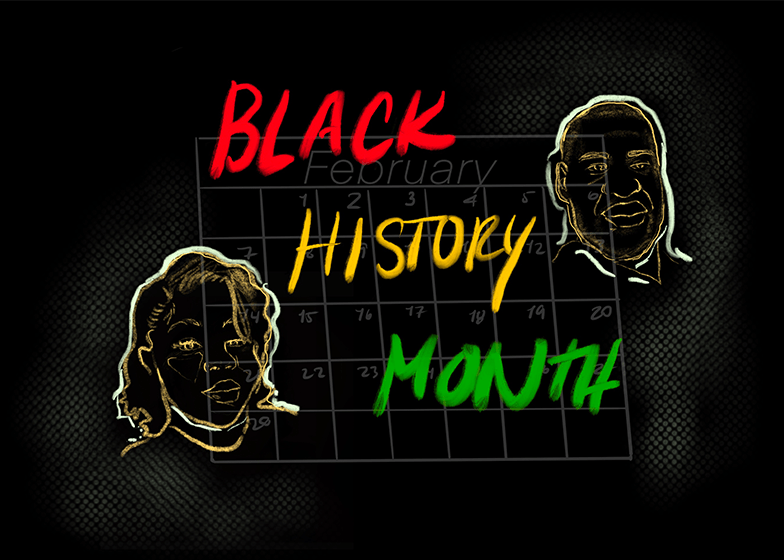 Originally Negro History Week, President Gerald Ford announced Black History Month as a national observance in 1976. For many, it is a chance to take initiative to teach, appreciate and acknowledge Black American contributions to our nation.

Black History Month is different this year. Due to the recent racial justice movement that took place last year after the murder of George Floyd, Breonna Taylor, Ahmaud Arbery and so many others, this February is special.

It is not only a chance to remember the Black activists who have come before us, but also a time to remember Black people whose lives have been taken from us.

This Black History month, we need to “Say Her Name, Breonna Taylor,” because she was taken from us too soon and only one former officer was charged with “wanton endangerment” — not for killing her, but for disrupting her neighbors with the gunshots.

As we approach the trial for former Minneapolis Officer Derek Chauvin, charged with third degree murder for killing George Floyd, it is more important now than ever that we keep this movement alive and make sure everyone around us is aware of the inequalities Black people face.

Additionally, this month is a chance to address those around you who are engaging in conscious or subconscious racism. Once we all stand together and take action, change will come.

Everyone should continue to maintain this movement by acknowledging the unique ways Black people interact in the world, participating in the fight against racism and continuing to perfect what it means to be an ally to the Black community.

Black History Month showcases the distinct and special ways Black people contribute to life in the United States. This ranges from hairstyles and fashion to every day mannerisms.

For instance, Black people tend to have coarser hair, which comes with various styles. Some of these styles include braids, natural hair, afros and cornrows, all of which have ties to slavery. Even in slave times, for example, Black people found ways to salvage their history.

Black people also create many of the style trends people in the United States love. Hoop earrings, the pairing of sneakers with an outfit, monochromatic color schemes — like the amazing look Michelle Obama rocked at the Inauguration — and nail styles are just a few of the trends today that were all staples of the Black community.

Yet, despite being the trendsetters of the United States, many don’t give Black people their deserved credit. Instead, cultural appropriation takes place, and white individuals take on the trends as if they were their own.

Others can see examples of this with Black speech. While it can be referenced by the term Ebonics, African-American Vernacular English is a valid English dialect with actual grammar rules.

While sociologists and linguists continue to debate the origins, Black individuals clearly used AAVE during the slave trade, coming from West African dialects and Creole and Caribbean speaking mannerisms.

Despite this language rising from the depths of an oppressed community, it’s regarded as false, inaccurate or “ghetto.” Yet the mainstream culture is now in love with AAVE and uses it whenever they can.

This is evident through the addition of new words like “ain’t” and the overuse of AAVE slang.

Black people’s history and Black lives are of constant creation. Their history in the United States began with others stripping them of their pasts, their lives and their identities. In return, the Black community created their own styles, cooking, mannerisms and dialect.

Understanding that beauty and lifestyle — while understanding the nuances they have as individuals — is the crux to celebrating and appreciating Black history and Black people.

Participating in the fight against racism

This Black History Month is different since this past summer, the United States entered an abrupt awakening to Black injustices and police brutality — even though such heinous acts were apparent well before the early 1960s.

Now, people are hearing phrases such as “anti-racist” and “appropriation vs. appreciation,” but what does that mean and how does someone be anti-racist?

This is what being anti-racist means.

The real issue in this debate is that people get upset and confuse systematic and institutional. Institutional is essentially a broad sense of norms and beliefs, such as how Pepperdine is institutionally a Christian University. Systematic, on the other hand, refers to the actual current inner workings and procedures of an institution or organization.

Systemic refers to something that is throughout an entire body or system which is why people use it interchangeably with institutional. However, like the game telephone, when someone tries to retell something, sometimes the meaning or the words get changed or are misunderstood.

To be anti-racist, people must be aware of these minor details and work to outline the ways people perpetuate institutional racism. This goes back to understanding appropriation vs. appreciating.

Black language, styles and mannerisms are amazing and being aware of that is wonderful. But, if others continue to demonize Black people for having acrylic nails and having box braids, while white individuals are not demonized, then that is appropriation.

This Black History Month, work on seeing through the deceptions of how others hide and dismiss racism. Continue to hold others accountable and choose to constantly and consistently be anti-racist.

Be a better ally

Now, what are more specific ways to help out? Saying a person is anti-racist is one thing, but what does it look like for the every day average person?

Highlight Black voices. When someone who is Black is talking about their experience, make sure their voice is heard, even when no one is around be knowledgeable and talk about these issues. Even if someone doesn’t know much, they should still talk and learn from others.

Next, people can ask questions. This doesn’t mean asking one Black person everything about Black culture. It means trying to find suitable resources, whether it’s through books, online resources or people who are comfortable talking about their experiences.

People can also use their societal privilege. Everyone has some sort of advantage — whether educational or by being the racial majority — so go into those spaces where those benefits thrive and speak, educate and show resources about the Black community.

Honestly, there is no unilateral way to be an ally, just like there is no one way to be Black. All anyone has to do is support, appreciate and protect Black lives.

At the end of the day, race is a part of life; no one needs to be color blind to it. Acknowledge it, be aware of its negative effect and minimize it. Only then can people shine and embrace the positive and amazing things that come with it, like a more inclusive nation.

Black History Month is not only for Black People. Everyone can and should participate. Black people are found in almost every society, in every culture, all around the globe.

In the United States, we can see the amalgamation of those people coming together to make a community, a culture and a way of life.