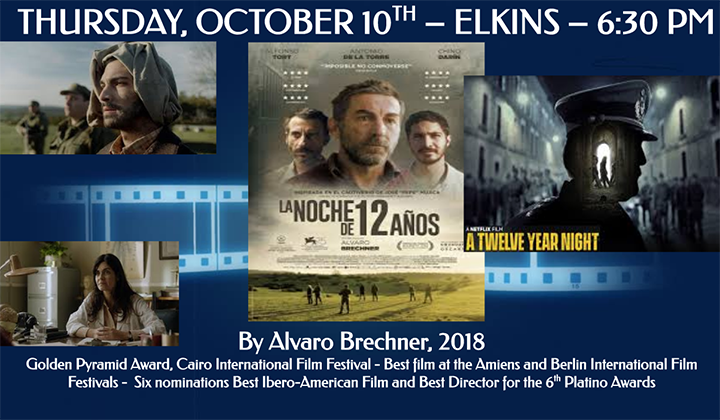 Pepperdine Spanish professors will host a screening of Uruguayan film “A Twelve Year Night” (2018) as this semester’s first installation of the Hispanic American Film Series on Oct. 10.

The event will begin with a reception at 4:30 p.m. in Joselyn Plaza. There will be a presentation of tango and folklore dancers as well as authentic Argentinian empanadas available for attendees. Following the reception, the film screening will begin at 6:30 p.m. in Elkins Auditorium. Admission to the event is free and open to the public.

Cristina Roggero, Spanish professor and Hispanic American Film Series director, wrote in an email that she hopes it will be an immersive experience for non-Spanish and Spanish students alike.

“Language is the vehicle of culture, and I want students to experience it,” Roggero wrote. “Diving into [a culture] is the best way for students to learn respect for differences and celebrate diversity as we should at a Christian and Liberal Arts institution.”

Roggero and her co-director, Maria Villegas, chose each film for its political and cultural accuracy.

“We have planned our events to not only entertain, but more importantly, to educate,” Villegas wrote in an email. “Each film that we screen is carefully selected in order to examine the political, historical and cultural aspects of the country in which the film is set.”

Directed by Alvaro Brechner, “A Twelve Year Night” (2018) tells the story of Jose Mujica, who suffered through solitary confinement and torture under Uruguay’s dictatorship. Mujica later became the president of Uruguay in 2010.

“We want the audience to learn about the atrocities attributed to various dictators in Latin America,” Villegas wrote.

Roggero said she hopes the film will help students develop an awareness of the topic.

“This page of history is not well known by many students,” Roggero wrote. “As an educator in a Liberal Arts institution, I feel the importance for students to learn and think about it in order to make connections with global history and our own country’s history.”

The film screening will be in Spanish with English subtitles. The event will be formal and organizers ask that attendees wear formal attire.

Roggero and Villegas arranged for GD Tango Company to give a folklore performance to deepen the cultural experience, Roggero wrote. Authentic Argentinian empanadas from Mercado Buenos Aires will be available to accompany the performance.

“Empanadas are a typical South American food that have their own variations depending on the country,” Roggero wrote.

The event is timely for Hispanic Heritage month, Sept. 15 to Oct. 15.

“Our events aim to create a shared space for an interdisciplinary dialogue that could help increase communication and open minds to different ways of thinking about Hispanic America,” Roggero wrote.

'Once a Wave, Always a Wave': Pepp Community Unites for Waves Weekend 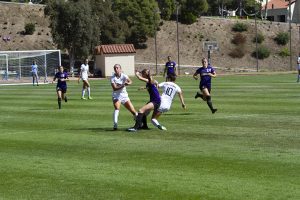 Photos by Austin Hall Three weeks after the last Pepperdine Women's Soccer home game, the Waves showed up to a large crowd...
Copyright 2013 Jupiter Premium Magazine Theme
Back to top