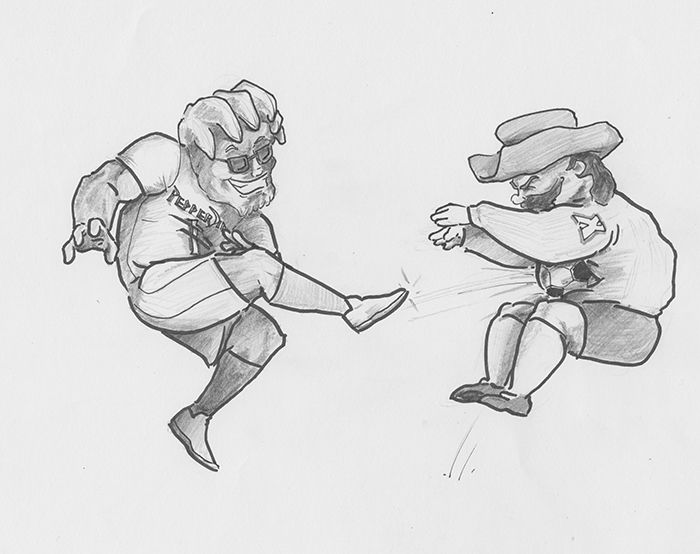 As the final whistle blew and the game came to an end, the Waves were showered with alohas and handmade leis from senior midfielder Ally Holtz’s mother and sister.

Even though the Waves ended in a scoreless game against the Washington State University Cougars and a 2-0 loss to the UCLA Bruins, they took in the beauty of Oahu and spent time exploring different  parts of the island.

“We learned from this tournament that we are capable of competing with big-name conference teams, and we are a force to be reckoned with,” sophomore keeper Hannah Seabert wrote in an email. “There is always room for improvement and we strive to build upon each game and challenge as it comes to us.”

Seabert made four saves to hold the Bruins to two goals. The Bruins scored early in both halves, ending the game with a total of seven shots.

“We definitely learned the importance of solidarity,” Holtz wrote. “Having the entire team there made a huge difference in our energy both on the field and off the field.”

The first game of the series against the Cougars ended in a scoreless game. Despite outshooting the Cougars 6-4, the Waves were unable to score against Cougar keeper Gurveen Clair.

“While we remained focused on soccer during this business trip, we still managed to experience the beauty of Oahu,” Holtz said.

Team members said thatduring the trip they were able to grow as a team and as a family.

“Our team chemistry off the field is what makes us successful on the field,” Seabert wrote. “We all love each other like sisters and quality time together is just as important as practice time.”

Between practice, games and off-the-field bonding, the Waves continue to work for a win on the road to help place them in a strong position for a post-season appearance.

“As a team we have set goals for the season and our trip east is just the next step in completing them,” Seabert wrote.

The Waves will be heading east to play Xavier University today at 4 p.m. and the University of Kentucky on Sunday at 9 a.m.