Interested in exploring new spots in LA? Why not try Smorgasburg, a new farmers market in downtown LA boasting dozens of exciting local food vendors, artisan crafts and vintage clothing. Created in May 2011 in Williamsburg, New York, Smorgasburg is as a spin-off of the acclaimed Brooklyn Flea Market. Founders Jonathan Butler and Eric Demby expanded to Los Angeles this past June, opening a Smorgasburg located on the five-acre area of the weekday Alameda Produce Market downtown.

Every Sunday the event hosts dozens of regional food and artisan-good vendors from across Southern California. The event is highly curated, with each booth hand-selected to fit the market’s desired look and feel and to cut down on inter-market competition.

“Cultural events, pop-ups, and other surprise experiences will also be part of the market mix, transforming the vast site into a new node in Downtown LA’s burgeoning scene, and a unique destination for the region,” according to their website. 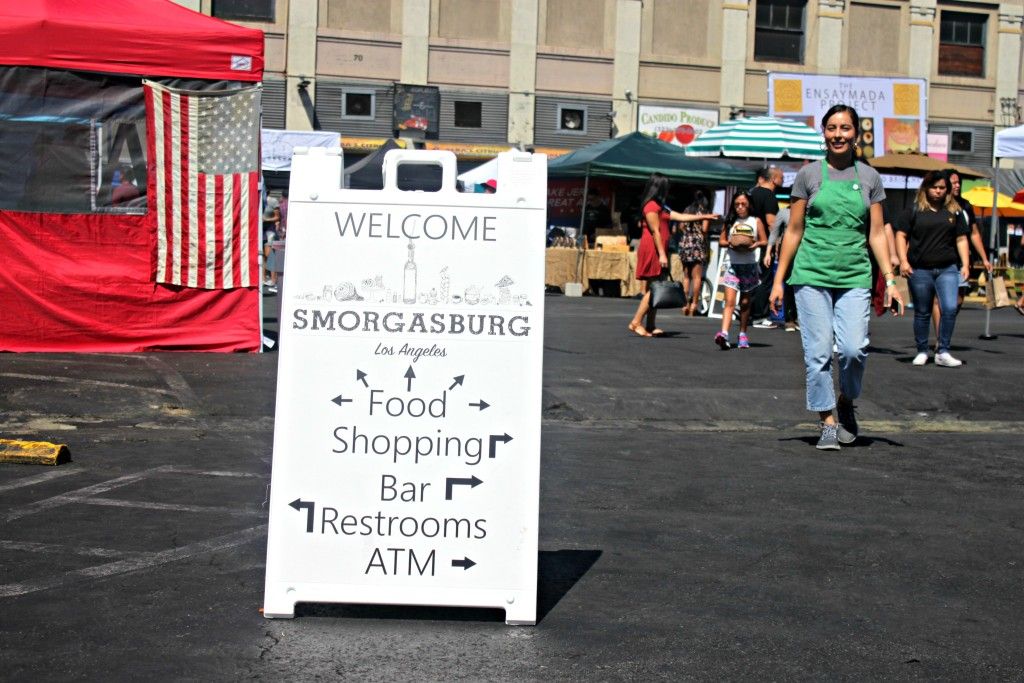 The variety of food options and crafted goods made it feel like more than just your run-of-the-mill farmers market. I tried the Pad Thai stand first and followed it up with an iced coffee. My friend sampled the California Tacos and a Frozen Pudding for dessert. The hardest part was trying to choose what to try. I found a small art piece for my room at one of the stands. There was even an old school bus parked in the middle that had been converted into a denim store, and a small tear-drop trailer that now displays vintage clothing.

Admittedly, Smoragsburg is fairly expensive. Although entry is free, the food and wares are a bit pricey due to their unique, hand-made nature. But it would be worth a visit just to walk around and window-shop. I was amazed by the creativity and care put into each booth — it was evident the vendors take pride in their work.

Though Smorgasburg is new to LA, it has been enjoying success thus far and has no plans to leave anytime soon. It’s open every Sunday from 10 a.m. to 5 p.m.