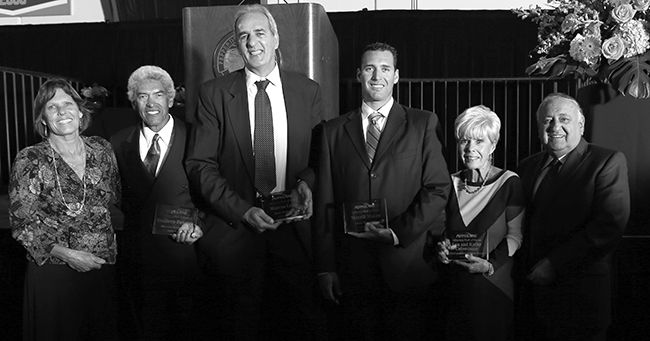 The men’s basketball, women’s volleyball and men’s water polo teams attended the ceremony to show their support. The evening included a formal reception and dinner and individual dedication videos for each honoree.

The first honorees were Lou and Kathy Colombano, who have faithfully supported Pepperdine and the athletic program for more than 30 years. Their son, Mark, was a Seaver student who passed away his sophomore year after a motorcycle accident. The family established the Mark Colombano scholarship fund. Lou has been on the Athletics Board since it was founded.

Women’s tennis coach Gualberto Escuerdo shared stories about his journey of leaving Bolivia and coming to Pepperdine, as well as about coaching 37 seasons. He has led the team to the postseason 30 times, and is one of three women’s tennis coaches in history to surpass 300 total wins.

Marcos Leite attended Pepperdine in 1974 after representing his native home of Brazil in the 1972 Olympics for men’s basketball. He spent the entirety of his professional career in Italy and Brazil before retiring in 1989. Today, Leite coaches basketball and teaches physical education in São Paulo, Brazil.

Women’s volleyball coach Nina Matthies was the final inductee of the evening. She has achieved nearly 600 indoor wins and led Pepperdine to 20 NCAA tournament appearances within 30 years.

Matthies expressed her excitement about the induction: “It’s great; I’ve been here a long time and there’s some really great people involved with Pepperdine and in the Hall of Fame, and it feels really great to be included.” 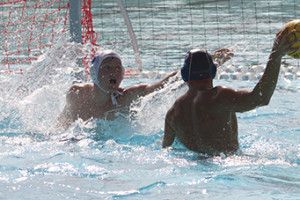