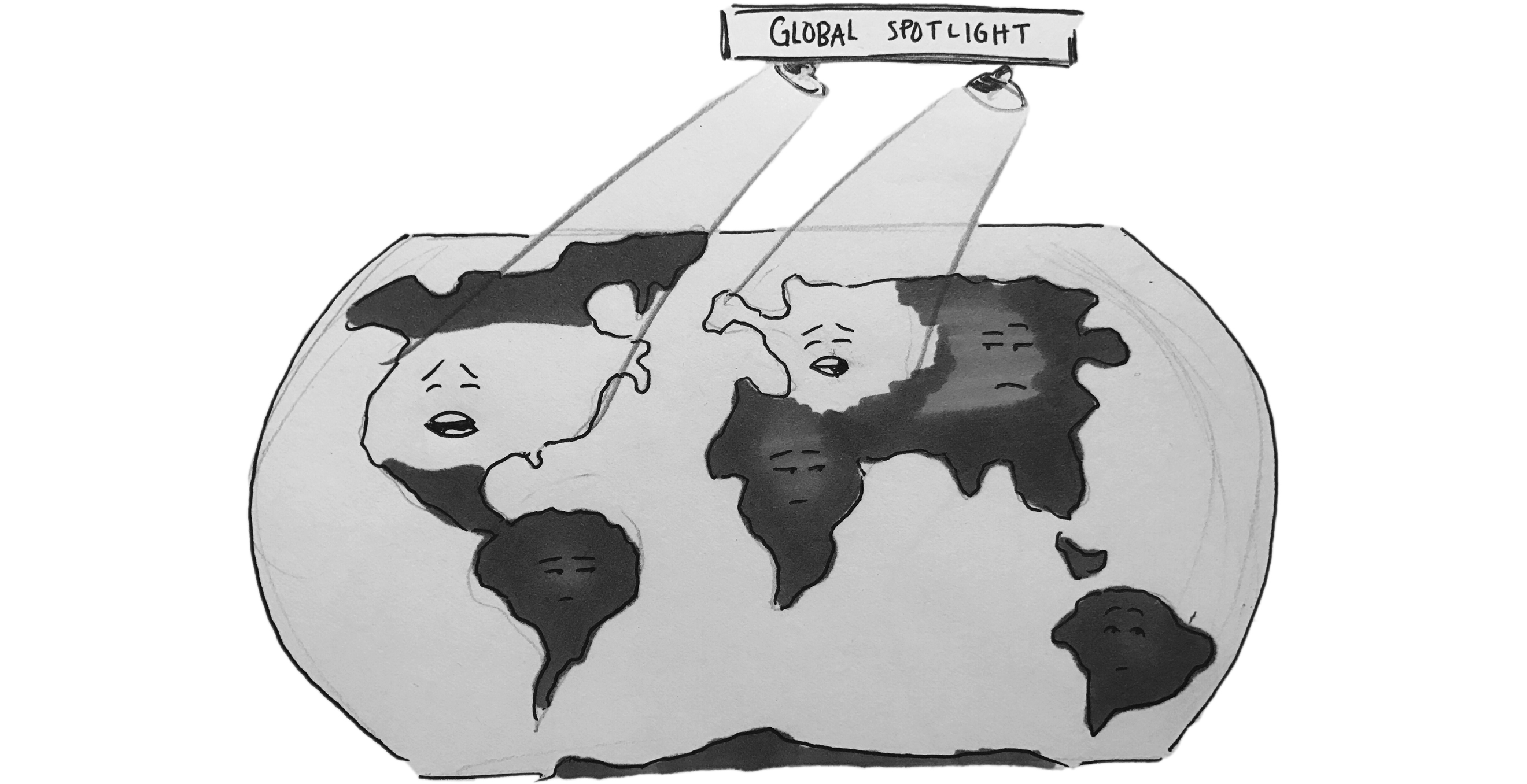 The Somalian capital of Mogadishu was rocked by a deadly bombing which killed over 300 and injured 400 more Oct. 14. The attack, carried out by the terrorist group al-Shabaab, is the deadliest ever in that part of Africa, and one of the deadliest terror attacks in recent history.

Many readers, however, are very likely just hearing about this atrocity. Even if they have heard of it in passing, they were likely unaware of the gravity of the attack until now.

Some readers are probably asking themselves, “How did I miss this?” The fault does not lie with them. Rather, it marks a disturbing trend among Western media outlets to neglect the calamities of the non-Western world, or to regard them as unimportant.

Why is this so? Part of the reason for this lies in human psychology. Scientific studies have shown that people are naturally more apt to sympathize with those who are like ourselves. “[W]e empathize more easily with what is going through the mind of those [like us], and we see them as we see ourselves,” according to Roger Highfield’s article “We Prefer People We Think Are Similar to Ourselves,” published March 17, 2008 in the Telegraph.

In a majority White, Christian, economically developed nation like the United States, people are more apt to cover a tragedy in a place like America, such as Europe or Australia. Meanwhile, people might sometimes be more inclined to turn a blind eye toward the plight of a non-White, majority Muslim, developing country like Somalia.

It is easy to send the customary “thoughts and prayers” the way of anyone affected by such a tragedy, but it is often not met with the level of alarm which occurs after attacks in the Western world. This is due to our implicit association with less politically or economically developed countries with chaos and warfare. In our mind, these kinds of tragedies are simply “par for the course” in these countries and thus provide no real shock value for our sensationalist news networks.

On the contrary, terror attacks in less developed regions of the world should elicit great concern. Some parts of Africa have become a prime breeding ground for terrorist groups, used as a “safe haven” away from the U.S. involvement in the Middle East.

Terror groups have turned the continent into a place used to galvanize their forces and wreak havoc on local populations, so much so that “the stability of the African continent has never had greater implications for the security of the United States and its allies,” and that “the strategic importance of Africa to global terrorist cells is increasing,” according to Jordan C. Brown’s thesis “Northern Africa and the Horn: Ripe Breeding Ground for Terrorists,” published June 2, 2004.

Violence in certain African nations and other undeveloped parts of the world are therefore as much a threat to global peace and stability as violence anywhere else.

It is only natural for people to empathize with those most like themselves in terms of political, cultural and economic status. However, when those who might not resemble fellow citizens are suffering, it is the duty of their fellow humans to see past the media bias obscuring their plight and help them just as they would help those like them.

The human species is interconnected, and “othering” members of the great human family only serves to foment the suffering of the most vulnerable by promoting apathy. In order to help, please donate to the American Relief Agency for the Horn of Africa’s Mogadishu Victims Relief, which can be found at www.araha.org.