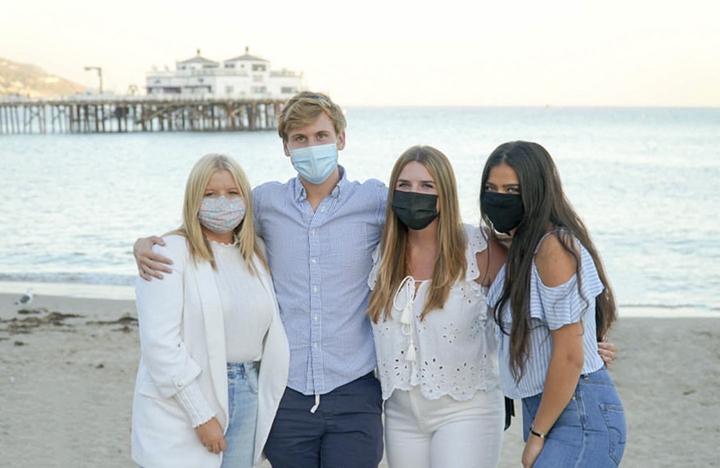 Pepperdine’s Student Government Association released its election results Sept. 10. With no competition for any of the Executive Board positions, every candidate who ran won their respective position.

“It’s a really big honor to be able to lead as a junior,” Johnson said. “I think I’ve definitely been involved in SGA long enough where I understand what it takes to be SGA president, and I’m excited to be setting the tone for what we’re going to look like in the times of COVID.”

This year’s election took place at the beginning of the 2020–2021 school year as opposed to the end of the 2020 spring semester; additionally, many candidates ran unopposed. SGA also provided a write-in section for alternative candidate selections.

Fewer candidates than usual competed for SGA positions this year. All Executive Board candidates ran without competition, the junior class had only two senators run — leaving an open senator position — and the sophomore class did not have a single candidate on its ballot.

“Most people ran unopposed, and that’s not normal,” Hardin said. “It doesn’t worry me, but it definitely shows there’s a need for us to step up this year and really serve the students.”

“For the previous year’s elections, we had the largest turnout since I’ve been advising SGA — around 1,200 — but the previous four years averaged closer to 1,000 per election cycle,” Skinner said. “For context, I’ve been the SGA adviser for the past six years of SGA elections.”

Johnson said he believes the numbers were lower than usual in part due to the COVID-19 pandemic and classes this semester being remote.

“A lot of students are having to juggle a lot of new changes, and maybe SGA elections weren’t at the top of their list — and that’s completely understandable,” Johnson said.

Although voter turnout was lower than past years, the voting process remained the same; students received an email with voting information and a link to Peppervine, where they cast their vote.

The lack of competition for Executive Board positions will not affect the goals of the new members for this school year, the new E-Board members said.

“Whether someone ran against us or not, it’s not going to change our work ethic,” Attia said. “We ran because we wanted to do it — because we were ready to do it.”

Being online due to COVID-19 certainly poses a challenge for SGA members, who are planning ways to ensure a connection between the students and administration despite being remote. As executive vice president, Lowenfield said she hopes to bridge the gap between SGA and clubs and organizations on campus, specifically through engagement on social media.

“I have a plan I’m working on to make [SGA decisions] more transparent on social media because I feel like that’s the easiest way for students to see it,” Lowenfield said.

Attia said she agrees with Lowenfield that social media will be the most effective strategy to promote involvement.

As vice president of finance, Attia is responsible for overseeing the budget and funds — a task that requires utmost transparency and accountability for the sake of students’ perceptions; transparency is one of her main priorities for the school year.

“Transparency is one of those things where you don’t just bridge the gap, but you also build trust with whoever you’re representing,” Attia said. “I am a student, I am part of the student body — I just happen to be representing them.”

SGA plans to continue to host its meetings publicly on Zoom to provide the community with insight as to what its plans are and encourages students to attend. SGA will provide this link once finalized.

“We really do hope to increase student involvement now that our meetings are a lot more accessible,” Johnson said. “They’re not necessarily a walk or drive away but a click away.”

Lowenfield said she believes the Executive Board team will work exceptionally well together because their unique chemistry allows them to contribute unique ideas and opinions.

“I think it’s a great balance, and we all bring in different perspectives,” Lowenfield said. “We don’t agree on everything, and that’s good because I feel like there can be positive conflict that results in positive change.”

Hardin said she agreed that differences in personalities result in creative statements that generate new ideas.

“All of us have really strong personalities and we’ll say what we think, and I think that’s really important,” Hardin said. “It benefits us because we handle issues well, and we hear each other out.” 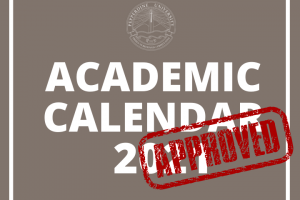 Graphic by Ashley MowreaderSeaver students continue to trudge through fall semester, but administration is looking ahead...
Copyright 2013 Jupiter Premium Magazine Theme
Back to top