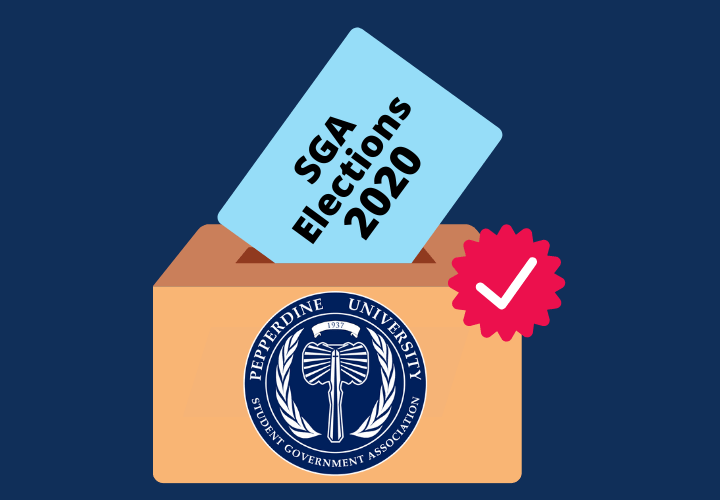 The Pepperdine Student Government Association’s elections will take place Wednesday and Thursday. Many candidates said both the COVID-19 pandemic and this summer’s reinvigoration of anti-racism activism influenced their decision to run for office and the issues they care most about.

While many of the students running for SGA this year are first-time candidates, some, like Presidential Candidate Chase Johnson, have served before as a representative. Johnson has two years of prior SGA experience and plans to bring that knowledge to the role of president.

“As SGA president, I [would] have the opportunity to reevaluate how we operate and implement changes to make our goals more achievable,” Johnson said.

One topic many candidates said will be an important area of focus this year is diversity and inclusion. Johnson said this is an issue he’s passionate about, which is why he has plans to introduce new solutions as SGA president.

“There should be a student-led organization that focuses on educational programming for diversity and inclusion,” Johnson said. “It could be similar to the model SGA used when creating SWAB — which focuses on well-being programming— just a few years ago. SGA would be capable of providing funding for this organization, and eventually, it could receive a portion of the Campus Life fee.”

Karese Frizell, a candidate for junior class senator, also plans to highlight diversity and inclusion this year. She said last year, she was the only Black woman in SGA, and this year, she would like to continue to be a voice for students who feel underrepresented.

“Having a different person sitting at the table [and] being able to bring in an alternative perspective is something I want to do,” Frizell said.

Stuti Aahana is an international student from India running for freshman class senator. She said she also wants to introduce a new perspective to SGA.

“Not a lot of international students are interested in running for SGA,” Aahana said. “I will make sure that it’s not always the people who speak up that get their voices heard but also the people who don’t speak up as much.”

Addy Hardin said she was inspired to run for vice president of administration after seeing the impact SGA can have on the lives of students at Pepperdine. Like Frizell and Aahana, she said she hopes to serve as an advocate for students who feel unheard.

“I feel like lots of students feel disconnected — like they’re not being seen or heard — so I want to focus on not only having conversations but figuring out solutions for students,” Hardin said.

Junior Class Presidential Candidate Loriana Allen said she plans to not only emphasize racial diversity and inclusion this year but also accessibility for students or visitors who have disabilities. She said there is a clear lack of accessibility on campus for those who may use wheelchairs or similar equipment.

“If we want to make our campus a place of inclusion, we have to make it fit for everybody as best we can,” Allen said.

Roline Attia is running for vice president of finance and said she wants to create strong connections between SGA members and students this year while also focusing on the duties specific to her future role.

“As vice president of finance, I want to make sure that our SGA budget is used in a meaningful way even though we’re in an online format,” Attia said.

Another issue many candidates have prioritized this year is community and connections with peers while students are away from campus. Alessandra Gesiotto, senior class senator candidate, said this is an aspect of the Pepperdine experience that inspired her to run for office and is a central piece of what she wants to work on.

“Pepperdine is such a unique place in a way that it has this incredible community, and I strongly believe that this community is one of the main things that helps Pepperdine students become successful,” Gesiotto said.

For many of the freshman candidates, the idea of community is of the utmost importance while they spend their first semester of college away from fellow first-year students. Freshman Class Presidential Candidate Fransheska Companioni-Daroch said she hopes to make the best out of the current situation for first-year students and create a sense of connection between them despite the physical distance.

“We’re all stuck at home and kind of bummed out, and I want to make sure that we can get the most out of our college experience — and even from home, that we feel more connected to each other,” Companioni-Daroch said.

Companioni-Daroch’s opposing candidate for freshman class president, Lidia Qaladh, also said forming bonds among the class of 2024 would be her primary focus if she were elected.

“My main concern as freshman class president would be to bring about a bond, a sense of community and the sense of still being able to feel connected to others even though we’re all at home and feel very much alone,” Qaladh said.

After last year’s impeachment trial, the subsequent impeachment of an unidentified SGA representative and students’ calls for more transparency, one way constituents can stay actively involved with and informed about SGA activity is by attending meetings, Johnson said.

“[SGA] is open to everyone; our meetings are public, and we would love for all students to come and participate,” Johnson said.

This year, there are no sophomores running for office, and the candidate turnout overall is lower than years past. Students can vote for their respective SGA representatives this year via email, which will be sent to their inboxes Sept. 9 with a link to make their selections by the 8 a.m. PST deadline on Sept. 10. 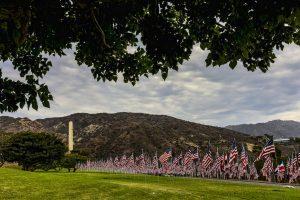 Pepperdine's "Waves of Flags" display from 2014 on Alumni Park is an annual tradition to honor the victims of the attacks...
Copyright 2013 Jupiter Premium Magazine Theme
Back to top