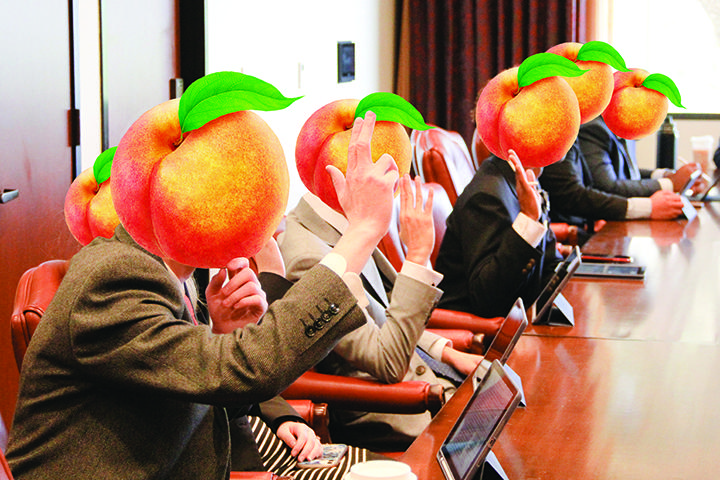 Members of SGA vote at their first Senate meeting of the Spring 2020 semester. | Photo by Julie Lee. Illustration by Natalie Rulon

The Student Government Association held an impeachment trial in the fall of 2019 that reached a vote in the Senate., according to a member of SGA who spoke to the Graphic on the condition of anonymity. No members were removed from office. In an email, SGA’s Executive Board collectively declined to comment on the details of “any possible impeachment(s).”

“I’m not going to confirm or deny that it was [the member in question] who was impeached,” SGA President Meredith McCune said. “I know that rumors can go everywhere. And there’s not a lot of truth to what I have been hearing from the rumors.”

McCune later declined to comment whether or not an impeachment even occurred.

Vice President of Finance Chase Johnson wrote in an email that an impeachment did occur in the fall of 2019.

“After meeting with my fellow SGA executive board members, we have decided that we would like to comment on the impeachment trial that occurred last semester as a group,” Johnson wrote.

Article IX of the SGA Constitution outlines the process for impeachment. Two members of the Senate or Executive Board must file a formal statement to the Judicial Council chair, who takes the statement to the SGA president. The council chair and president meet to decide if there is cause for impeachment, and if so, the Senate votes on removal at the next regular Wednesday meeting.

The Wednesday meetings are weekly meetings of the Senate where a Senate vote on impeachment would occur.

However, none of the minutes of the past semester’s Wednesday meetings contain mention of an impeachment trial.

The anonymous source said they were unsure why the Senate vote would not appear in the meeting minutes.

SGA’s Executive Board declined to comment in response to six of seven questions in an email to the Graphic. The questions asked for comment from the Executive Board, why they would not comment, how far along in the impeachment process the trial went, whether it is correct terminology to say a member was impeached but not removed from office, the frequency of SGA impeachments and what the impeached member was accused of doing.

The only outlier was in response to a question about if the SGA Constitution restricted members from commenting.

“The SGA Constitution does not restrict SGA members from commenting on any topic,” the Executive Board members wrote.

The anonymous source shared an explanation for the Executive Board’s refusal to comment.

“A goal of SGA is to remain [as] confidential as possible and balance that interest of being the students representatives, with also being made up of students that deserve privacy in their own lives as well,” the anonymous source said.

McCune and the other SGA members passed an amendment Wednesday eliminating language in the SGA constitution that calls for a special election in the case of an impeachment. Special elections would still be held to approve amendments to the constitution if Pepperdine students vote to ratify the amendment to Article VIII subsection D.

“In [Article VIII subsection D], it said that a vote needed to be conducted by the student body to remove someone from office, but that’s just that’s not true,” McCune said. “That’s not what the rest of the Constitution [Article IX] says.”

There is no mention of a special election in Article IX.

“Across all of the Constitutional amendments, [the
committee] focused a lot on clarity and redundancy,” the anonymous source said.
“So every year, a committee meets to go over every part of the Constitution.
And so any conflicting parts or any parts that could be better explained were
reviewed.”

SGA Plans for the Spring Semester 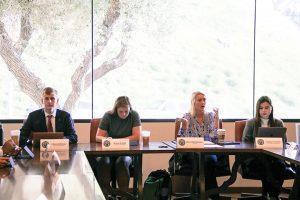 SGA Plans for the Spring Semester