Senior works with Kenyan youth caught in cycle of poverty 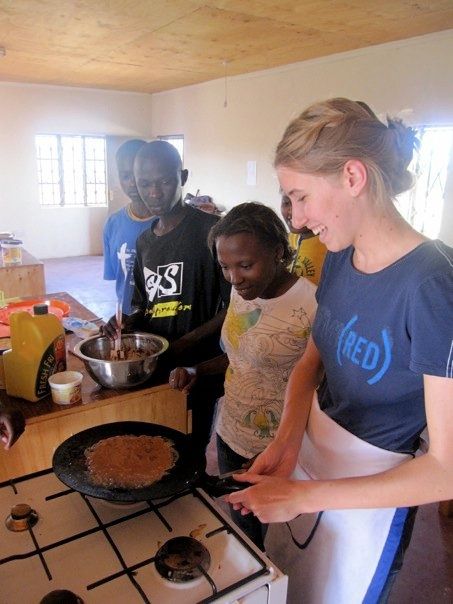 Shortly after graduation, senior Shannon Jack will board a plane for her sixth trip to Kenya, where she will be working with Made in the Streets, an organization that helps get children off the streets.

In the summer of Jack’s junior year of high school, her church gathered a group of members to support Made In the Streets hands-on, and Jack has been going back ever since. Made in the Streets, a Christian program, began 15 years ago and has helped kids get off the streets and onto higher living, higher learning and brighter futures.

“There is so much potential [in these kids]. Once they get into the program, watching them start to realize it its just so exciting,” Jack said. “These kids are so capable of succeeding in life. The staff sees that in them and once they’re in the program, they can start to see that in themselves and in each other and that’s so cool.”

The staff goes to inner-city Nairobi and form relationships with children who have been living on the streets. They bring the children to the Made In the Streets Program, which provides the basic education for the children to be able to take the eighth grade national test, the Kenya Certificate of Primary Education.

“Just being able to take [the test] is a big deal. If you’re from the street, you don’t get to do that,” Jack said.

Once they are 16, these teenagers go into a training program that teaches them a specific profession that could include automotive work, sewing, farming or working at beauty salons.

“Once a kid has graduated, they try to give them support any way they can. Right now they are starting to build new dorms on the farm property so people can come back for weekends and be part of the church still until they find their place. That is a part of the program right now that they are strengthening,” Jack said.

The organization will be holding fundraisers on campus, including the dodge ball tournament tomorrow. They are also hosting convocation April 10 in PLC 125 at 9 p.m.

Though the organization is relatively new and a small size, the local Kenyans are well aware of the positive impact that it has made on the community.

“The people that [the staff] are impacting is at a high level of impact. Charles, the founder, says that, ‘We’re a small drop in the bucket, but we’re a good drop.’ You see [these kids] out in the farm and you’d have never known that these kids lived on the streets. You can see God transforming people so clearly,” Jack said.

Not all stories end as positively as others. Due to past addictions or social pressures, some teenagers choose to turn away from the program and go back to their original lives on the streets.

“That’s sad, but it is the cycle of poverty there. There is this mindset that gets passed down. It is very fatalistic, such as, ‘Whatever happens happens.’ They are one of the strongest people I’ve met, but they endure it. They don’t think its possible to get out of it.”

Jack said the cycle of poverty is influenced by factors other than a determinist mind-set, though.

“There are so many problems such as a corrupt government and a high unemployment rate. There is not a whole lot of space to get out,” she said.

However, there are also many great success stories. Not only do many teenagers who graduated from the program move on to respectable jobs in high-class restaurants or auto repair shops, but many of the graduates also go back to the program and work as the staff.

“The staff are excellent role models and some of the most godly people I’ve met and it’s really cool to see the turnaround there and see how the kids that have gone through the program are now the staff there,” Jack said.

Applications for 2013 internships will be available online at www.madeinthestreets.org.

I’d like you to take a journey with me, into an imaginary land of adventure. Close your eyes — yes, have your roommate...
Copyright 2013 Jupiter Premium Magazine Theme
Back to top