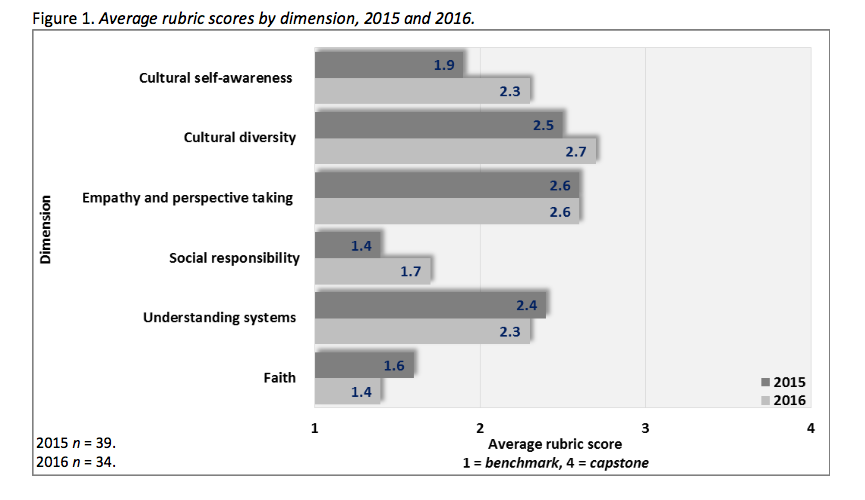 Seaver faculty and students are considering a recommendation for a diversity general education course focused on cultural competency.

Students first formally voiced concerns and presented requests for this course during a campus protest against racial discrimination Nov. 13, 2015, according to a Graphic article.

Students expressed their concerns about diversity, inclusion and race during these protests. Communication Professor Bert Ballard was a member of the ad-hoc committee and said the students asked for a series of things, one of them being a diversity course for the general education curriculum.

“For me personally, this is an opportunity for all of us students and faculty to have a sense of who we are from an identity perspective and more importantly, to understand how to get along with people who are different from us,” Ballard said.

Executive Vice President on Student Government Association and senior Isabella Ordaz, a freshmen during the protest, said students in the protest were disturbed and worried about the fact they had peers graduating from the institution who did not know how to respectfully engage with someone from a different background. She said students could graduate from this institution without having had a meaningful relationship with someone who came from a different background.

“How to create spaces where people feel included is something that we aren’t taught in the classrooms, especially when we’re just concerned with getting our practical degrees and preparing for a career,” Ordaz said.

Michael Feltner, dean of Seaver College, said the faculty wanted to engage and give serious consideration to the request of a diversity general education course.

“The first step in that last year was to create an ad-hoc committee of students and faculty to look at how other universities tried to address the diversity requirement in their general education program and to get recommendations on how to get the best fit for the Seaver College curriculum,” Feltner said.

April Marshall, senior associate dean of Seaver College, said she chaired the ad-hoc committee, organizing and running the meetings and ultimately, presenting their document to the dean. She said their discussions as a committee were necessary and she hopes to see the discussion continue as the topic continues to be relevant.

“The goal was to bring together what the students were envisioning with the practicalities of what that might look like in the curriculum and bring together some thoughts and proposals to outline that,” Marshall said.

Ballard said it was great to work alongside students on the ad-hoc committee with their energy and passion.

“Given where our nation is right now, for me as a communication person, we have a hard time having this conversation and we don’t have the tools to be able to have this conversation,” Ballard said. “We should learn how to respect where people are coming from, but yet engage in those hard conversations and listen to people who may be different from our experiences.”

Marshall said the initial meeting was getting the students and faculty to understand the terms they were using, such as ‘diversity’ and ‘culture competence’. The committee had to decide on whether the course would be another general education requirement, part of something already in a general education course, or dropping something from the general education to add in the diversity course.

“The [students on the ad-hoc committee] wanted something to happen in their first year to equip them early on and then something else in their major,” Marshall said. “They also felt very strongly the need to be small, discussion-type seminar classes where this needed to be addressed.”

Feltner said he wants to make sure the idea gets full, fair and complete consideration, but the outcomes will be from the governance and processes they have in place.

“I see how a course could help with that, but I also see ways that existing courses could be modified or other things could be done to address that need without formally adding a course to the curriculum,” Feltner said.

Ordaz, a student representative on the ad-hoc committee, said they were advocating for a course that all first-year students take and another course that did not add units but was required as a course that addressed cultural competency within a specified major.

“Not only are you taking the introduction as a first year student, but also learning how to apply it to your career,” Ordaz said. “We recognize that there are already courses on campus that exist to foster these conversations in more specialized ways so how can we work with that as an advantage to the foundational work we want to establish with the diversity GE course.”

If the recommendations for the course are approved by Feltner, a faculty member will have to draft a syllabus for the course that will be taken to the curricular process to be approved, Marshall said.

“The fact that the students felt there was a need, that’s very relevant and I think the faculty need to be made aware of that,” Marshall said. “I think they felt it needed to be something wove into the fabric of their undergraduate experience in their academics.”

Ordaz said the students on the ad-hoc committee sacrificed time to producing the report to Feltner. They represented the students, particularly those who have been historically marginalized in classroom spaces, and they wanted to ensure that the proposed curriculum would incorporate their voices and give all students a platform to share their backgrounds.

Ordaz said she hopes students share the common goal of creating a space where students of color who come after feel empowered and safe in respectful conversations that regard diversity in the classroom.

When looking at other universities, Marshall said no other university had exactly what the students were hoping to create here. They looked at schools like UCLA, that took 10 years to get a diversity type of requirement, and at other schools that had a buffet of courses to fulfill without one specific required course.

Pepperdine’s Office of Institutional Effectiveness conducted a research brief to see additional perspective regarding how curriculum and co-curricular activities contributed to students’ understanding of diversity.

Ballard said the conversation of having a course on diversity is a conversation other private liberal arts colleges have had or are having.

“I’d love to see Pepperdine be a leader in how that kind of conversation happens,” Ballard said. “We can have similar faith and diversity within that faith and we can wrestle with these hard things because there’s nothing to fear in having these conversations. That’s a tough thing, but it’s a worthwhile thing.”

Ordaz said she has been personally impacted by being one of the only brown students in a classroom, ever since middle school, and is excited for the opportunity for others to understand where she comes from as well as for her to understand where other students are coming from.

“We all come from rich backgrounds and this can be an excellent opportunity to learn more about each other,” Ordaz said. “This is a perfect opportunity to learn from each other and engage empathy and appreciate our differences and learn how to move forward in a productive way so that our differences can contribute to a richer, more inclusive society rather than one that’s more divided.”

Marshall said she hopes this potential course benefits students with not only awareness, but also the skills to engage topics dealing with diversity and difference and critically think for themselves while debating with others on certain issues.

“Truth should fear nothing in exploration,” Marshall said. “We should be asking the difficult questions and we should be exploring these questions in love and in service to each other.”

Marshall said they have seen faculty seeking resources and support, which means they are asking questions on how to create an inclusive environment. The committee hopes to see the conversation continue in classes between students and faculty and between students.

Ordaz said she has seen the faculty, along with each incoming class, become more diverse every year. She said Feltner has expressed his desire to hire a more diverse faculty. In addition to the increasing diversity, Ordaz said the events coming up in news have shown how much this course is essential to discuss these events in an educated and informed way.

“The reason why this course is needed is because although those conversations should be happening in other classrooms, we want to make sure there’s a regulated, prepared, intentional space for students to be able to encounter and we want to ensure that every single student enters this space before they leave Pepperdine,” Ordaz said. 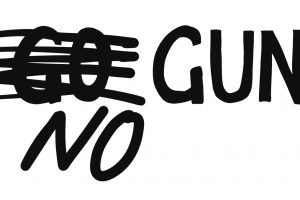 Art by Sybil ZhangAmerica woke up Monday to devastating news. A terrorist took to a hotel room at the Mandalay Bay Hotel...
Copyright 2013 Jupiter Premium Magazine Theme
Back to top