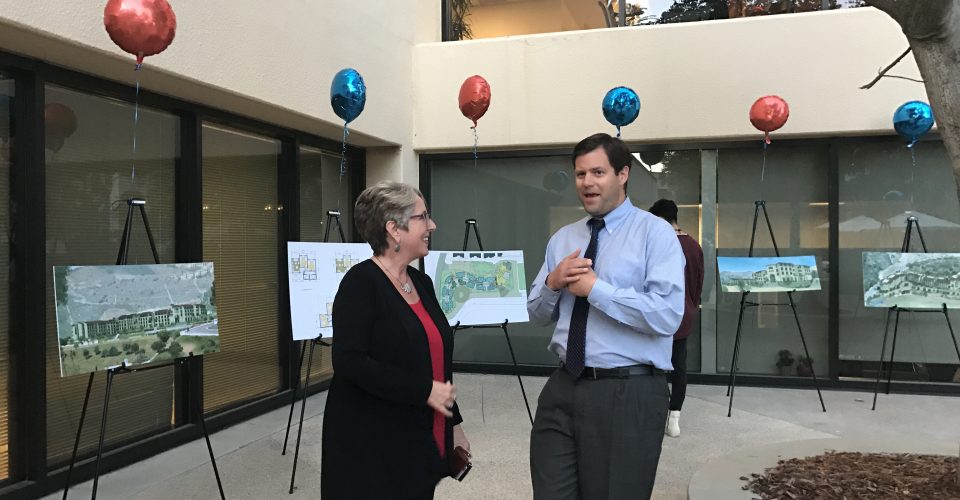 Housing and Residence Life and the Department of Design and Construction hosted a Seaside Tour of the new Seaside Residence Halls opening in fall 2018. Presenting students with the floor plans of the buildings, cupcakes and pizza, HRL also offered 250 priority housing tickets for students who plan on living in the residence halls next year.

Director of Housing Operations Robin Gore said the event was to help students understand how and why the design and construction office designed the new residence halls the way they did.

“But then we also want students to know we’ll have more space on campus next year for them, so that’s why we’re doing that priority ticket registration to gauge the interest level of our students and know how to best plan for the building,” Gore said.

Min-Jung Kim, resident director for four freshmen dorms, assisted students in signing up for priority ticket registration at the event. Kim said students were confused by the priority housing for students planning on living in the new residence halls in fall of 2018.

“They thought it lasted until they come back [from studying abroad], but it’s just for the 250 people for the next academic year,” Kim said. “There’s excitement and confusion at the same time, that’s why we’re having the Q&A.”

“Because I worked in other residential life departments in different universities, I’ve seen a lack of focus on upperclassmen,” Kim said. “But with this new housing plan, I feel like students will benefit and maintain that freshmen experience they had for the future.”

Austin Oakes, executive director of planning, operations and construction, design and construction, gave a brief overview of the layout of the new residence halls before answering questions from the student audience.

Oakes said the suite-style housing consists of four bedrooms with two beds per bedroom, a lounge table and bathroom space.

“The key difference in the bathrooms is that we have real physical doors on the bathroom stalls,” Oakes said. “This will create a lot more privacy for bathrooms.”

Oakes said each bathroom will consist of two showers, with a larger shower to accommodate with those with disabilities. In addition, bathrooms will also have three sinks in between the two showers.

The Seaside Residence halls will hold a capacity of 458 students. The residence hall will be divided into three buildings, each with their own entry but all buildings connected together, Oakes said. There are three different sets of pallets with each segment of the building having a different set of finishes to create a sense of uniqueness and identity. 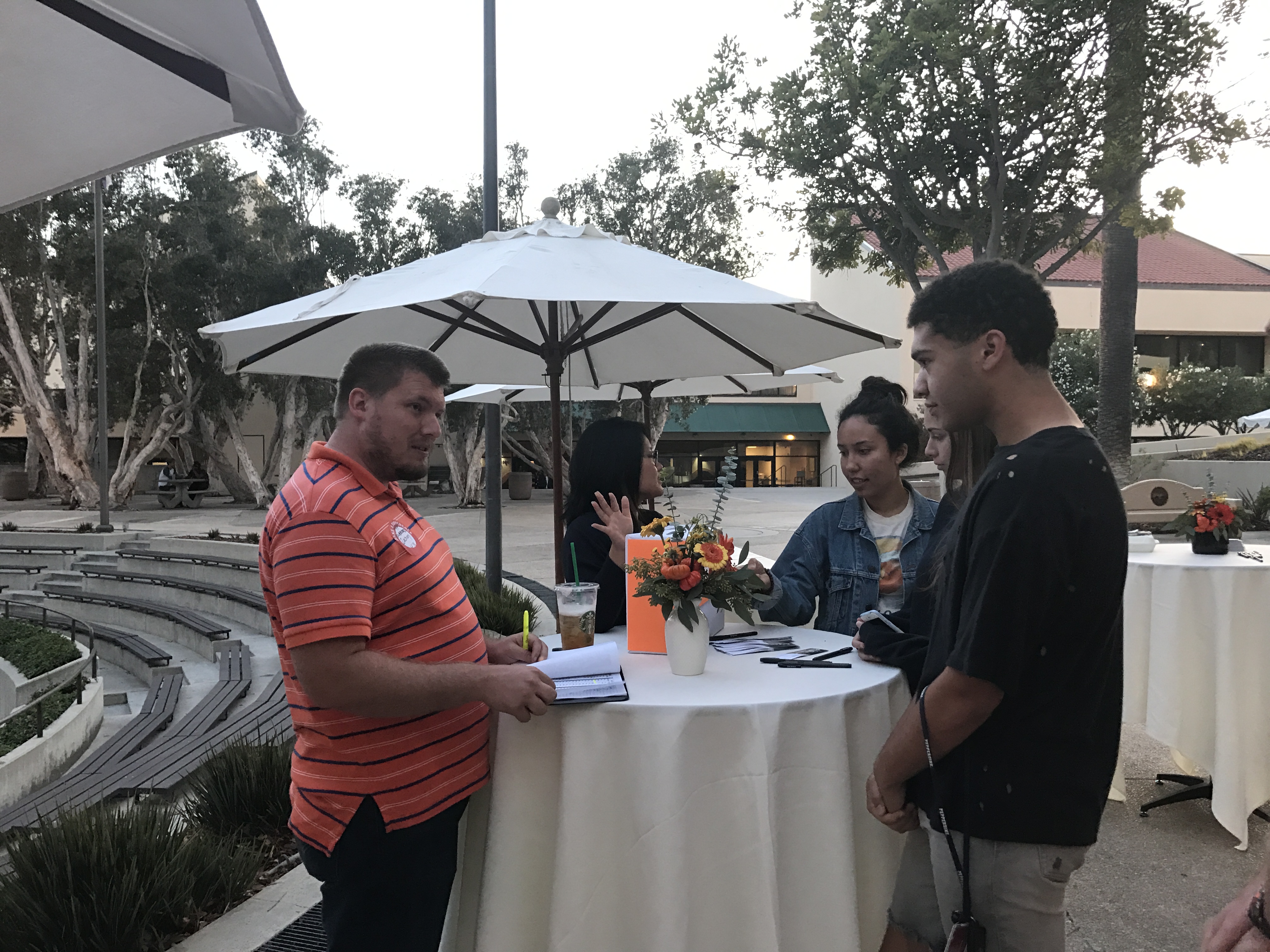 Though the rooms and suites will not have air conditioning, they have designed windows on both sides of the living room that will create air flow to pull the hot air out. Oakes said this design will make the halls at least five degrees cooler.

Students asked how the buildings and floors will be broken up as far as gender and grade level. Gore said this event would give them a good indication on how to break up the three sections. Genders will be divided by floor.

Gore said the intent of the build was to house the returning students from their abroad experience. However, since it will take time to build the population of juniors and seniors, they will house sophomores, juniors and seniors in the new residence halls next year.

“I came from an institution where there was not housing just for certain populations and I’ve seen it work well,” Gore said. “It’s nice when upper-class students really mentor and help those younger students.”

Gore said there will still be the same number of Resident Advisers and Spiritual Life Advisers to students as they currently have.

Students also expressed concerns with parking due to the additional housing. Oakes responded with the approvals to build a new parking structure with 831 spots adjacent to the law school. 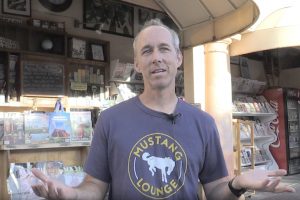 They are one of the best places to catch up on celebrity news or see them. Despite the decline of newsstands in the Los Angeles...
Copyright 2013 Jupiter Premium Magazine Theme
Back to top