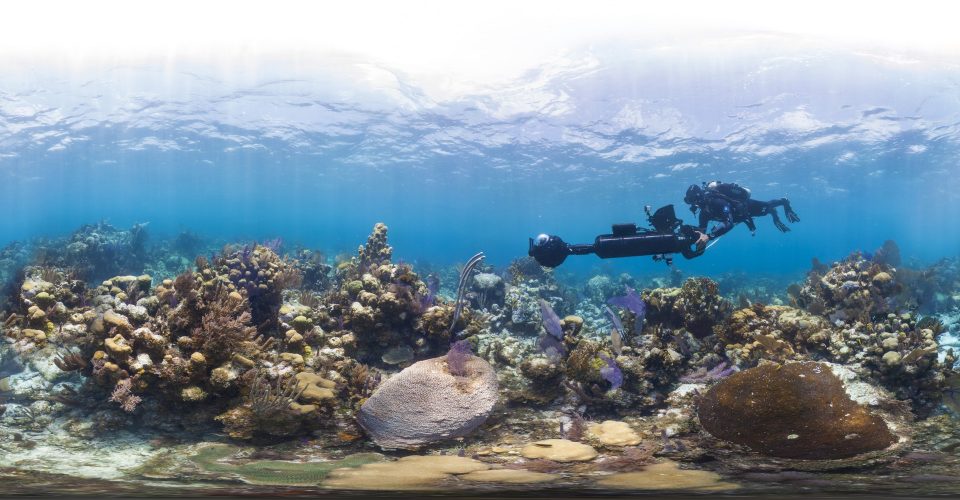 As less than five percent of the ocean has been explored, one of Earth’s major biomes remains a mystery. The 2017 documentary, “Chasing Coral,” dives into the unknown by examining a crucial marine ecosystem, coral reefs.

“Chasing Coral” follows a team of scientists, divers and photographers all attempting to understand, capture and reveal the deadly phenomenon of coral bleaching. Director and producer of “Chasing Ice” and “Chasing Coral” Jeff Orlowski explained that the documentary is an educational tool on coral reefs, but also a story of the passion and perseverance behind the film’s cinematography.

“It was one of those things where you never know what the challenges are going to be,” Orlowski said in a phone interview. “We knew we were going to have to continue to adapt, build things and figure out a solution. In the end, there came a story on the value of hard work and persistence and how it all paid off.”

Underwater photographer Richard Vevers reached out to Orlowski after watching “Chasing Ice” to work on the project that eventually became “Chasing Coral.” Orlowski shared that he was a newcomer when it came to the underwater world that is the ocean, but it was a story he knew he had to help tell.

“It was something where I thought I knew about climate change, but after speaking with Richard, what I had known was just the tip of the iceberg,” Orlowski said. “The conversations we had were really this enlightening, eye-opening perspective around just how bad things are and what is at stake, especially with coral reefs.”

As shown throughout the documentary, there are several species of coral that come in different shapes, sizes and colors. They can range in appearance from large, dull rocks on the seafloor to flower-like petals on branches of colorful plates. In the past 30 years, divers and scientists have discovered bright white coral.

Since the 1980s, large portions of coral reefs were found mysteriously turning white. Scientists found through experiments that the only thing which could be done to turn the corals white was to raise the water temperature two degrees celsius.

Associate producer of “Chasing Coral” and President of Code Blue Foundation Shari Sant Plummer explained a life-form that has been around for around 300 million years cannot adapt to a sudden temperature change.

“The corals then bleach because the zooxanthellae gives them the color, along with their food source,” Plummer continued. “If this continues for a prolonged period, then the corals die because they starve to death.”

Marine biologist James Porter discussed in “Chasing Coral” significant effects coral reefs have on humans. Medical drugs such as bryostatin and prostaglandin come from coral and are used to fight cancer, Porter said. It also affects the food chain. Approximately a half billion to a billion people rely on coral reef fish as their main source of food, according to the film.

“Without that protein, they’re going to be malnourished,” Porter said in the film. “Their culture, their way of life, their economies are all reliant on healthy coral reefs.”

As shown in “Chasing Coral,” the corals are dying in a vibrant manner. Corals in New Caledonia were reported to appear fluorescent. They were producing a chemical sunscreen to protect themselves from the heat, Vevers said in the film.

“This is the most beautiful transformation in nature,” Vevers said in the film. “The incredibly beautiful phase of death. And it feels as if it’s the corals saying, ‘Look at me.’”

“If the oceans weren’t doing the job of absorbing this heat, the average surface temperature of the planet would be 122 Fahrenheit,” Hoegh-Guldberg said in the film.

Plummer said along with rising ocean temperatures causing coral reefs to die, there is also the issue of ocean acidification. To explain the basis of the process, Plummer used an example of the Coca-Cola and baby tooth experiment.

“When you have carbon in the atmosphere, and it’s absorbed by the ocean, it changes the pH level in the ocean,” Plummer said. “It causes the ocean to be more acidic. It’s like the experiments with Coca-Cola and a baby tooth. If you put something with a calcium carbonate base (a tooth) in acidic waters (Coca-Cola), it will dissolve. In essence, that is what coral is, a calcium carbonate structure. If the ocean gets too acidic, the coral will not be able to form.”

What People Can Do

To decrease the temperature and acidity of the ocean, the carbon dioxide in atmosphere must first decrease. Every human has a carbon footprint, or the total amount of greenhouse gases produced by an individual’s actions, which factor into the overall temperature. Plummer spoke of ways to reduce our footprints through education, local food and our choice of energy.

“The best things you can do are reduce your carbon footprint, vote for those who will have an aggressive climate policy to reduce carbon emissions and support renewable energy,” Plummer said.

Everyone needs to care about corals and about nature overall in order to have notable change, Orlowski said. He emphasized the importance of recognizing and prioritizing the issue of climate change.

“We are going to witness massive human migration this century because people will be affected by climate change,” Orlowski said. “It’s something we can’t afford to ignore or our generation suffer immensely from the consequences.”

“The biggest thing we have to do collectively is shift the mindset,” he continued. “We need to shift the way this country thinks about this issue, and we need to get everyone on board as fast as possible.”

For more information on coral reefs, check out “Chasing Coral” on Netflix or visit their site at http://www.chasingcoral.com.

For ways to decrease your carbon footprint, check out National Geographic’s article, “14 Easy Ways to Decrease Your Own Carbon Footprint.” 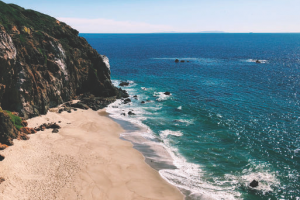