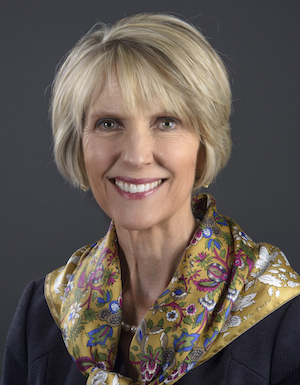 Sara Young Jackson, senior vice chancellor of Seaver Board of Visitors, will become Pepperdine’s chancellor starting on August 1, according to an Wednesday morning email from President-elect Jim Gash.

“Sara is beloved by all who know her and will be the first Pepperdine graduate in our institution’s history to serve as chancellor,” Gash wrote. “For the past 15 years as senior vice chancellor, Sara has brought professionalism, grace, and an impressive track record of fundraising.”

“Andy’s experience and relationships will prove invaluable to these efforts,” Gash wrote. “I am honored to partner with Andy and Sara to advance our fundraising aspirations.”

Michael Adams served as chancellor until July 2018, according to Pepperdine Newsroom. The role has been vacant this past year.