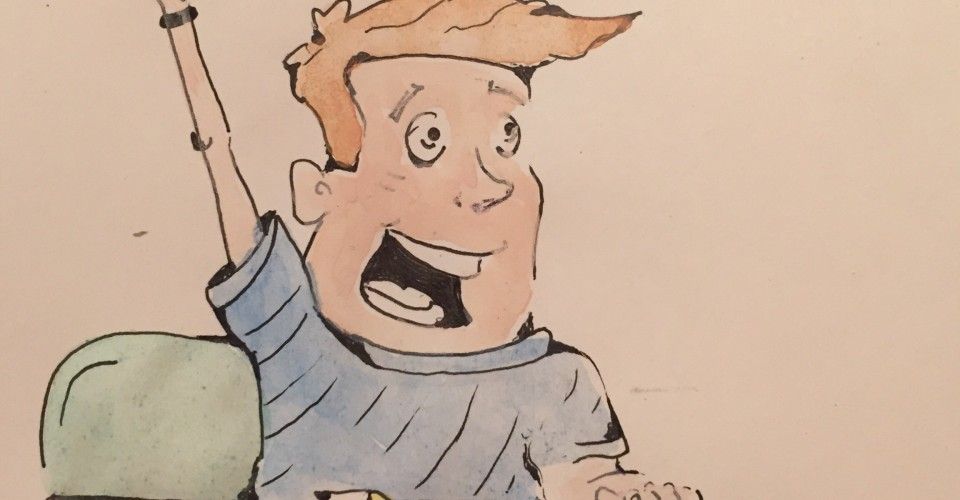 We’re almost in week three of the semester. The trial run is over. Hopefully you and your new professors are tight — you’ve bonded over “Game of Thrones,” you’ve gone to office hours just to chat and you’ve babysat their kids on the weekends. You’re on the level where if they drove by the shuttle line, they would stop and let you ride shotgun to the CCB.

More realistically, though, you may feel as if professors are passive about your existence. Or maybe they just completely hate you. Regardless, you can pretty much tell by now if you’re the student that would be voted off the island. Your fate has been sealed — or so it seems.

Luckily, we’ve got the inside scoop on what professors actually notice.

The age-old conflict: try to blame a growling stomach on the air conditioning, or make the whole room stare in envy at your cheese fries? Opening up that to-go box in class is always a risky move.

“I don’t like eating in class because we are going to talk, and it’s disgusting if you’re chewing food in your mouth and talking at the same time,” Associate Professor of Hispanic Studies and Divisional Dean Paul Begin said.

“People need to take care of themselves,” Schultz said. “You gotta go to the bathroom; you gotta eat. It gets to be distracting when the whole class smells like what [students] are eating.”

Answering incorrectly is, admittedly, the worst. As egos drop precipitously, sweat beads on the foreheads of mistaken students, who spend the next hour asking themselves how they could be so wrong. Thus, many err on the side of total silence. As dumb as you may feel, professors typically prefer a wrong answer to no answer at all.

“It’s not like there’s an answer I expect you to give me right now,” Schultz said. “It’s an attempt at having a conversation. If I ask a question, and no one’s answering, I just practice waiting. I can wait longer than you all. I don’t mind the discomfort. The people who just speak up and say something — those are people I really appreciate. … I try to remember that you can’t tell what’s going on inside someone’s head. And sometimes people really are checked out, but it’s not safe to assume that.”

Schultz draws the line at sleeping in class.

Everyone has been that kid. And everyone has rolled his or her eyes at that kid. I mean, did you even read the syllabus?

“Ask a question that shows you are intellectually curious,” Begin said. “Give me questions that tell me you’re engaged in the material and not just thinking, ‘What do I have to do to get an A?’ because that is a really reductive way of thinking.”

“It drives me crazy when people ask questions before they’ve done their work,” Thomas-Grant said. “It makes you feel like they’re just trying to get the answer before they discover it for themselves. It’s very impressive when a student is able to listen. It shows a level of maturity — that you’re there to learn.”

“I won’t pretend it doesn’t annoy me when people walk in 10 minutes late,” Schultz said. “It can be disruptive.”

Begin said he’s typically lenient with tardiness, unless the reason is that “the shuttle made me late.”

“If you are late and come in with a Starbucks cup, that sends a really bad sign,” Begin said. “That tells me you decided to go get a coffee instead of coming to class. But if you also have one for me, it’s covered. It’s called the late latte policy. I just like a single-shot latte. So that’s totally fine with me if you’re late. You were doing something nice.”

Baked goods seem excessive — almost borderline inappropriate. Yet when was the last time you turned your nose up at someone offering you cookies?

“I’m the type of person that assumes that everybody likes me,” Begin said. “So when students come up and are friendly, I don’t suspect any kissing-up. I just assume they’re interested in what I have to say, and I like that. I would just assume that I am charming enough for you to want to talk to me. It’s totally false, I know, but it’s how I live.”

For those wondering if bringing professors a coffee crosses a line of etiquette, Thomas-Grant said it’s always OK with her.

“I’m always so amazed if someone gets me tea or brings me something,” Thomas-Grant said. “It seems appreciative. I think little things like that are nice. But it probably wouldn’t affect my grading.”

Schultz said he’s never felt as though students try to get on his good side to get better grades.

“I don’t feel like I’m necessarily manipulated,” Schultz said. “I just think, ‘Oh, that’s cute. They’re trying to be so engaged.’ From my perspective, that’s always sort of heartening. I’m always happiest when students are trying.”

Too late for grace?

If you’ve been ranked “Ferris Bueller” on a scale from one to diligent student, don’t fret just yet. Begin said if you correct the problem, he probably won’t remember once finals come.

“I just don’t think about you that much,” Begin said. “It’s really simple. Come and talk to me; say, ‘Hey, I blew it last week. It isn’t a good representation of who I am,’ and then don’t do it again.”

Thomas-Grant said she is always impressed when a student comes to her and says, “I need help.”

“I think for the most part, every professor on this campus is very passionate about what they teach,” Thomas-Grant said. “And I think if you can share that passion, even if it’s just a GE, it makes a difference to the professor.”

For those in doubt, junior Jacqueline Mosher said it best: “Be an authentic brown-noser. 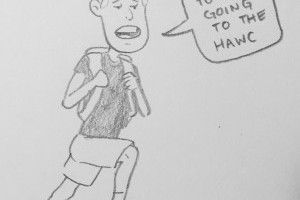 Art by Peau Porotesano Once again, the new school year is off and running. However, with all the big changes, many new students...
Copyright 2013 Jupiter Premium Magazine Theme
Back to top