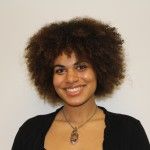 The Republican National Convention that just ended in Tampa amounted to a long week of patriotic-sounding bromides and ambiguous promises to “take the country back.”

In spite of this lack of specificity, a potential Romney-Ryan administration is beginning to come together into a coherent picture — and it’s not a pretty one.

I’ve come to the conclusion that if Mitt Romney wins the presidential election, we, the students of America, will lose. Here are my reasons for believing this:

The Republican Party platform is vague on higher education, but what it does say doesn’t bode well.

Here’s an excerpt from the brief passage the platform devoted to higher education:

“The federal government should not be in the business of originating student loans; however, it should serve as an insurance guarantor for the private sector as they offer loans to students. Private sector participation in student financing should be welcomed.”

As far as student financial aid is concerned, since government “should not be in the business of originating student loans,” students can expect a Romney-Ryan administration to gut federal aid, including the Pell Grant, in favor of private bank loans.

You might be saying, “But this is just the party platform, this isn’t, say, language from an actual piece of Republican legislation!” And you’d be right.

Here’s some language from an actual piece of Republican legislation:

“Moreover, federal intervention in higher education should increasingly be focused not solely on financial aid, but on policies that… ensure a robust menu of institutional options from which students and their families are able to choose.”

That’s language from the Path To Prosperity budget proposal (aka the Ryan Plan). This plan links rising tuitions with federal aid and seeks to remedy this issue by cutting billions of dollars of federal aid to states.

The plan, authored by Paul Ryan, the Republican vice presidential nominee, also refers to student financial aid as “unsustainable,” and since Romney described the plan as “marvelous,” there’s a good chance that these draconian cuts to education proposed in Ryan’s budget could very well come to pass in a Romney-Ryan administration.

In other words, a Romney-Ryan administration would make higher education an unattainable dream for millions of Americans. But hey, at least they’ll take this country back!

The three-member indie rock band Two Door Cinema Club has returned to the scene and attempts to beat the sophomore slump...
Copyright 2013 Jupiter Premium Magazine Theme
Back to top