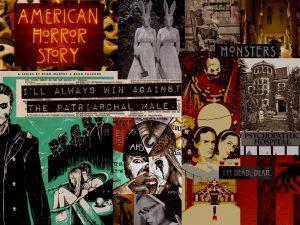 Transparency item: A review provides an informed and opinionated critique. These informed critiques are published to make a recommendation to readers. This review is the opinion of the writer.

Famous for his mastermind work behind the TV shows, “Glee,” “American Horror Stories” and “Ratched,” director Ryan Murphy has had a 23-year-long career in television.

The new Netflix drama, “Dahmer,” tells the biographical story of serial killer Jeffrey Dahmer, who brutally murdered 17 people. The show illustrates Dahmer’s story through various lenses of the victim and the killer. Murphy’s directorial decision to begin the show with Dahmer’s arrest and backtracking to each crime in chronological order exemplifies his creativity and unique vision.

Evan Peters, who plays Dahmer, puts on an incredible performance, driving the entire series forward with his impeccable acting and believable embodiment of a terrifying person. Peters conveys the emotions profoundly, driving the audience’s blood to run cold — in a way that terrifies and intrigues the audience.

Peters has worked with Murphy for over 11 years, their first project together being “American Horror Story: Murder House.” Since then, Peters has had a series of dark roles. For this role in particular, Murphy said Peters committed himself fully to the role of Dahmer, according to Variety.

“[Peters] basically stayed in this character, as difficult as it was, for months,” Murphy said in a Variety article by Emily Longeretta.

The writing tells the story in a manner that keeps the audience intrigued throughout the entirety of the 10-episode series. Murphy showcases each character in the series, from Dahmer’s father to his neighbor, and they are not just supporting characters.

Additionally, the incorporation of real phone recordings and conversations from either Dahmer’s family and acquaintances or Dahmer himself, elevates the show to an even more unsettling state.

What was extremely distinctive about this interpretation of Dahmer’s story was the heavy focus on the victims’ stories and backgrounds. Each episode featured one or two of Dahmer’s victims so their stories and circumstances would be shared prior to their heartless killings. This allowed the audience to see the victims as not just statistics, but as real people who experienced such tragedy, along with their families.

However, this storytelling received some backlash from the victims’ families. Rita Isbell, the sister of one of Dahmer’s victims, Errol Lindsey, said to Forbes Magazine the Netflix show only cares about money, and the company never reached her family.

“I was never contacted about the show, and I feel like Netflix should’ve asked if we mind or how we felt about making it,” Isbell said in a Forbes article by Dana Feldman

Despite this, “Dahmer” is receiving well-renowned applause for its execution and was Netflix’s top show for 21 consecutive days, Friday, Sept. 23 to Friday, Oct. 14, according to Deadline. “Dahmer” is a captivating show — but not for the faint of heart.

Season 11 of “American Horror Story,” premiered Oct. 19, and the show has definitely lost some of its charm. AHS — as fans call it — has carried a certain mystique since its creation in 2011 with “Murder House.” Since then, there has been an unspoken promise each season would be even more horrifying and compelling than the last — however, this season fell flat.

In this new season, a serial killer is on the loose, gruesomely murdering and targeting young gay men in 1981 in New York City. In the first few episodes, the story did not take off. The show reveals the suspected killer in the first three minutes of the first episode, without any kind of mystery.

From the start, the two “main characters,” Patrick and Gino, are not captivating. The leads in the first few episodes are a reporter and a cop, who are in a relationship, and their characters are extremely dry and lack interesting dialogue.

This season, the cast lacks the typical and seasoned, well-loved AHS actors fans enjoy seeing on screen, such as Sarah Paulson, Jessica Lange and Evan Peters. This, coupled with the average acting and, at times, cringe-worthy dialogue, makes the show hard to watch.

Season 11 also lacks female representation amongst the characters in the first few episodes, as the only woman who is portrayed plays a sad ex. It feels as though this season is not targeting a broad enough audience with the subject matter, character types and actors.

This season falls short of expectations, and all the fans can do is hope the creators will return to the classic terror they have all come to know and love.

The AHS mini spinoff story series premiered this July, and each episode delves into a new, twisted story of horror, each different from the last — giving the audience individual mini-movies to watch.

As opposed to the cast of AHS “New York City,” this TV show featured some of the seasoned actors from classic AHS seasons, including Denis O’Hare (“Hotel“), Gabourey Sidibe (“Coven“), Max Greenfield (“Hotel”) and Cody Fern (“Apocalypse“), immediately raising the bar for this series.

The acting is natural and convincing — almost instinctive for the actors — which makes each episode’s story better. The writing is ingenious, allowing for logical ways to make a mystery or fantastical idea come to life.

Every episode is more bone-chilling than the last. From a creepy visitor on a house camera, to a human dollhouse, to a mysterious drowning in a lake, the concepts are amazingly depraved.

The twist endings of every episode tie up nicely, however, they also leave the audience wanting more. This series leaves the masses on the edge of their seat and completely entranced with the world of “American Horror Stories.”