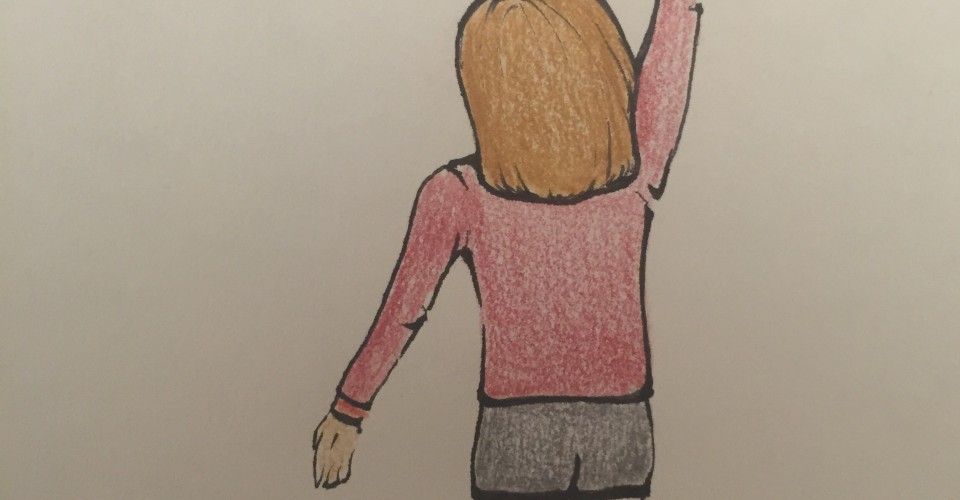 The argument I’m going to give will be in heteronormative terms. For that, I apologize, but it makes the process of arguing simpler if I apply it to the cases for which it seems to come up all too often: a male expressing unrequited love toward a female who simply desires friendship. This isn’t an argument against all men, and by no means are all men like this — this is directed at the men (and women) who react in anger when they’re turned down.

“She discusses her love life [with him] and has the audacity to ask his advice on it. He performs … favors for the woman. Essentially, he does everything a boyfriend would do — without the benefits,” is how a Chicago Tribune article published in Jan. 12, 2007 titled “What’s so bad about the friendzone?” by Gina B. In the author’s definition of friendzone she explains part of the problem: It’s that mindset that there is no “benefit” for the guy, as if somebody needs a “benefit” to be a good friend, as if friendship isn’t enough, as if friendship is some sort of consolation prize.

C. S. Lewis wrote in his book “The Four Loves,” that “friendship is the instrument by which God reveals to each the beauties of all the other [loves].” Friendship is not less than; friendship is beautiful. So then why is it sometimes treated as less than? A platonic friendship isn’t an intermediary step between strangers and a relationship, so maybe it should stop being treated that way.

The friendzone also carries with it a strong sense of entitlement. It’s the sense of “I’ve been nice, why doesn’t she like me back? Why does she only go for jerks? What a b—-; nice guys finish last!” But here’s the thing: Nobody owes anyone a relationship for being nice. There shouldn’t be a reward that comes with being a decent person to someone, especially a friend. Being friends with someone is amazing. Not to mention, if you’re a nice guy to a girl only up until she says she just wants to be friends, you’re not nice.

A good friend recently told me how her good friend (let’s call him Marcus) stopped talking to her after she told him she just wanted to be friends. He saw his own pain and decided it was too much to bear. He’s a “nice guy” — or at least he says he is. But tell me, isn’t it more painful when it turns out that someone you thought was a really good friend to you only wanted to date you or sleep with you? A popularized tweet on this issue posted on Dec. 4, 2014 goes, “imagine thinking that being friendzoned is worse than finding out someone u thought valued u as a whole person just wanted to f— u.”

Lastly, the psychology behind the idea of the present day friendzone is rooted in the way many men have been socialized to deal with rejection. The blame goes out. A study by Newcastle Business School at Northumbria University explains this phenomenon: “Women tend to internalize and personalize the experience of their mistakes … For men, by contrast, feelings were more likely to be externalized, directed outwards through anger at others.”

So it’s not that they were incompatible, it’s that she placed him in the friendzone. It’s her fault for leading him on, it’s her fault for not wanting him as much as he wants her, it’s blaming her for her ability and desire to say no.

Now after all of this, I want to make it clear that having hurt feelings is valid. Sometimes it honestly is just hard when someone you like doesn’t like you back, this piece isn’t arguing against that at all. This is simply about those, both male and female, who choose not to value a friendship, and get angry when it proves not to be an intermediary step on the way to a romantic relationship.

While this talk about the friendzone may seem frivolous to some, it’s important. It’s a toxic aspect of our culture because of the mindset behind it. It’s the mindset of entitlement. It’s the idea that someone “owes” another person a relationship or sex where in the best case scenario, a friendship is devalued, and in the worst case ends up like the 2014 Elliott Rodger shooting of Santa Barbara.

So, the friendzone. Let’s talk about it, let’s change the mindset behind it, or maybe best of all, let’s get rid of it. 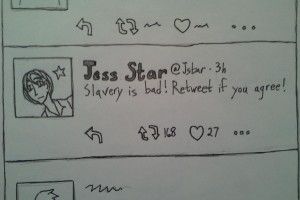 Art by Christopher ChenIn our social media-inundated age, activism in the form of physical action is far less prominent than...
Copyright 2013 Jupiter Premium Magazine Theme
Back to top